Wilkinsburg’s mayor has handed out masks, helped her constituents navigate their new reality and continued to provide food and resources to the community. And somewhere in there she found time to rescue a shelter dog. 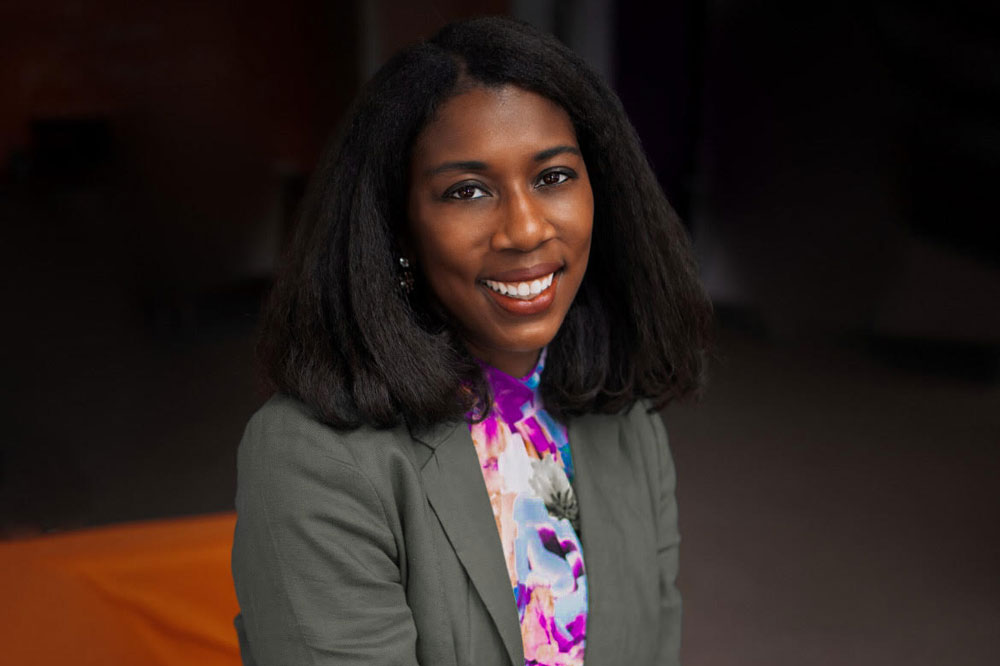 For Wilkinsburg Mayor Marita Garrett, COVID-19 has meant learning on the job.

“In addition to myself navigating this new reality, [it’s been about] helping constituents navigate the reality,” she says. “It is day to day.”

That’s included everything from fielding calls from residents who had questions about when Allegheny County would be moving to a new phase of reopening to working with the county elections department about changes to polling places in the June 2 primary.

But in a more immediate way, she’s continued her work with the FreeStore Wilkinsburg and Wilkinsburg Fresh Market, which fall under the umbrella of her role as president of Civically Inc., a nonprofit that encompasses those two initiatives.

The purpose of both organizations, which offer free items and food to anyone, became more important as the pandemic hit.

“At the FreeStore, we had been giving out masks weeks before the governor made it a mandate [to wear one] if you go into an establishment,” she says. “We’ve been working with different mask makers throughout the region to make sure we’re meeting that demand.”

The pandemic has put more stress on three areas she already focused on as mayor: housing, small businesses and employment.

“Those are the top three concerns, not just for any community leader but for people all over,” she says.

“It’s trying to figure out, ‘OK, we’ve been trying to flatten the curve, mitigate the spread,’ but yet we also have to look at, ‘OK, how do we pivot to what’s next?’ I don’t even want to say post-COVID-19 … but how are we going to deal with the economic and the daily human rights that have been affected by this outbreak? So [it’s about] putting some protections into place, working together with other community leaders, stakeholders, really address income, housing, all those things that are aligned with that.”

Garrett says she’s tried to continue some of the methods she used pre-pandemic to manage her stress, such as keeping her schedule more open on Mondays and Fridays to catch up on things and get situated for the week and mandating Sundays as work-free. But she’s added one more thing: She adopted a shelter dog, Shai, as a new sibling for her two other pups, Kali and Ella.

“I’ve been able to take them on frequent walks and spend a little more time with them that maybe I wouldn’t have been able to prior to this,” she says.

“Personally I do have to take it day by day because it can be overwhelming when you’re looking at the bigger picture and dealing with the needs of right now.

“It’s not local government or business as usual throughout a global pandemic.”