His son will take over the job of running the show. 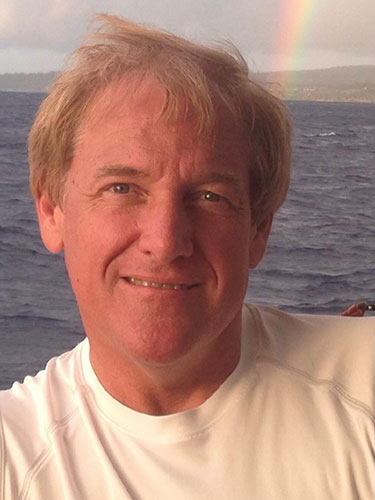 Longtime preservationist and activist John DeSantis died Saturday at 69, according to his son Mark Moore, who said his father died of brain cancer.

DeSantis was the creator and executive director of Pittsburgh’s Home and Garden Show, which he started in the early 1980s. The event grew each year, and quickly became a community staple for the tens of thousands from the city and beyond who visited the David L. Lawrence Convention Center. The show was the newly minted convention center’s first tenant, and the first show in 1982 attracted some 32,000 visitors and 84 exhibitors in 131 booths.

It wasn’t always easy. According to the Post-Gazette, the first Home and Garden Show was regarded as a great success by the public and media alike, but not to the florists and builders. Due to an underestimate of labor costs, they lost roughly $30,000 and fired the man they hired to run the show. DeSantis then stepped in, volunteering to run it without pay.

When it lost twice as much money the following year, DeSantis fronted the bill of $98,000. In its third year, the show broke even, and by the late 1980s, business was booming.

It now covers 10 acres and draws more than 350,000 visitors over 10 days. According to the Tribune Review, the show typically features more than 1,800 exhibitors. It holds the title of the largest home show in the commonwealth.

Even after DeSantis’ death, the show must go on — his son will continue the tradition for years to come. Moore told KDKA that this year’s show will open as expected in March.

DeSantis was also well known for his work revitalizing the North Side in the 1970s and 80s, namely with regards to the then-deteriorating Allegheny West section, which he would later nominate as a city historic district.

In 1990, he was appointed by Mayor Sophie Masloff to lead the city’s Historic Review Commission until he stepped down in 2003.

DeSantis is survived by his son and grandchildren. Slater Funeral Service is handling the arrangements.