Pittsburgh Farmers Are Ready For An Uncertain Season

By looking to the past and to the future, they’re figuring out how to adapt to the reality of a season affected by COVID-19. 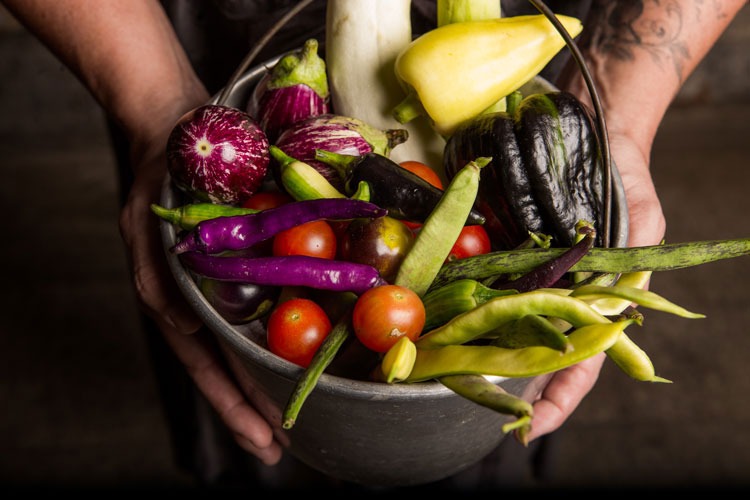 Asparagus and rhubarb are rising again from the soggy western Pennsylvania soil, just as they do every April. Spring salad mix, rainbows of tender greens inside greenhouses and under row covers, is ready to be washed and dropped off at neighborhood restaurants. Growers big and small began their production of annual crops such as tomatoes, eggplant and peppers in the dead of winter, starting seeds indoors atop cozy warming mats. The armada of seedlings are primed for planting in the field.

But this year, farmers across the region face an uncertain future in the wake of the COVID-19 pandemic. With restaurants shuttered (or operating on a takeout-only model) and farmers markets set to be socially distanced for an undetermined time, how are Pittsburgh-area farmers preparing for a season of unknowns?

Who Cooks For You Farm, located about an hour northeast of Pittsburgh, is like many mid-sized farms across the United States. Owners Aeros Lillstrom and Chris Brittenburg rely on a customer base as mixed as their fields: Half of their business is with the region’s top restaurants, more than 30 in a typical year, and the other half is a combination of market-share CSA members and direct-to-consumer farmers market sales. Right now, the restaurant business is almost non-existent. And even if it picks up a bit as the growing season develops, Lillstrom and Brittenburg know it won’t be nearly as robust as they’re used to. “This pushed us in a new direction. And we’re running with it,” says Brittenburg.

Megan Gallagher owns be.wild.er Farm, a 1-acre farm in Natrona Heights. She estimates that 70 percent of her sales come from the Bloomfield Saturday Market, with the rest going to restaurants such as Casbah and Bitter Ends Luncheonette. “It’s been a tough thing to wrap my head around, and to reconfigure things accordingly is a work in progress. I’m trying to plan as best I can for what may or may not happen and trust that things will work out regardless of the plan,” she says. 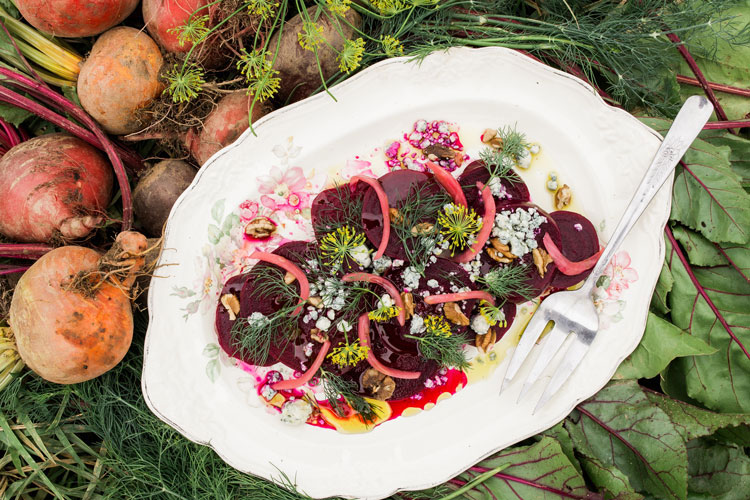 Farmers are looking in directions both old and new to get food to Pittsburghers. Community Supported Agriculture rose to prominence at the rise of the modern farm-to-table movement as a way to ensure that farmers would have income early in the year. In Pittsburgh, that movement was led by farmers such as Don Kretschmann of Kretschmann Family Organic Farm; he’s still going strong 40 years later. But the CSA model has seen a downtick in recent years as customers came to demand more flexibility in what they were purchasing.

This year, there is a renewed interest as consumers are seeking certainty in an unsettled time. Todd Wilson, owner of Tiny Seed Farm in Allison Park, as well as a former farmhand at Kretschmann Farm, doubled his CSA shares. “That was a direct response to the COVID-19 crisis. I could see we weren’t going to have the restaurant sales. And I wanted to get food into as many people’s hands as I can,” he says. The CSA, even at twice the number offered in previous years, sold out shortly after it was opened.

Even farmers who don’t typically run a CSA program are experimenting with one. Colette Walsh, owner of the flower farm Sol Patch Garden, is offering a subscription that’ll have customers’ houses perked up with seasonal flowers from June to October. “Everyone is spending more time at home. You should have flowers to brighten up your house. It helps your soul,” she says.

But Walsh, like nearly every farmer, is also switching up production a little bit. She’s growing more culinary herbs, for example. Some of the Who Cooks For You fields are dedicated to longer-season or storage crops so they’ll have extended offerings. And they’re growing more household stuff and fewer restaurant items such as baby carrots and mesclun. “Mostly, we’ve already made our plan. But we’re making some adjustments,” Brittenburg says.

The farmers also are adapting to the digital age by setting up online storefronts. Lillstrom converted Who Cooks For You’s wholesale site into a retail shop. Customers can choose from what’s available (which is limited right now but will vastly expand in the forthcoming weeks) and then pick it up at one of four drop-off locations. Lillstrom says she plans on adding more locations if demand dictates; she’s also exploring the idea of direct delivery. “We’re offering something that takes away a lot of the stress of going to the grocery store. It’s something I think people will like because it’s so easy,” she says. 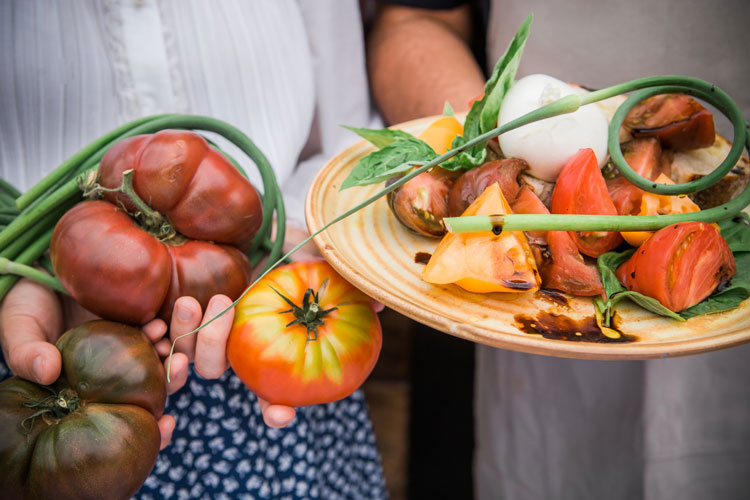 Wilson has an online store, too, and he’s partnering with other regional growers such as Goat Rodeo, Fallen Aspen Farm, Twin Brook Dairy and Paul Family Farm to offer an array of products. Platforms such as Harvie and Wild Purveyors are bringing together scores of farmers; the websites provide options for consumers to order locally raised food.

Overall, the developing digital marketplace likely portends a bright future for both farmers and consumers that will last beyond the crisis as shoppers can order fresh produce and support the local food economy at the touch of a button. However, there’s a learning curve for many of the farmers, as well as additional unseen labor, particularly for those who run small farms with few staff members. “The work it takes to post products, to be accurate about how much I have to offer and to decide how to get it to people is a hurdle. It’s not the part of farming that I like. I like taking what I grow to market, where people can see it and be excited about it,” Gallagher says.

Those farmers markets will still be open (more on that in the forthcoming weeks), but they’ll look different this year. Who Cooks For You, be.wild.er., Sol Patch and Tiny Seed are fixtures at the Bloomfield Saturday Market and will remain so this season. But when the market opens on May 9, safety measures will be in place. Customers are encouraged to pre-order and pay online and then go to the market to pick up. People can still order directly at the market, but a limited number of people will be allowed in at a time, farmers will have at least two employees (one to handle food and one to handle money) and no product can be on display. It’s something the farmers know is necessary for the collective good. However, they, like many of us, will miss the interactions that make shopping at a farmers market a gratifying experience.

“I like to be able to talk to the people who are getting my flowers. I love having conversations about what and why I’m growing. I’m not totally sure yet how to create that sense or feeling of community,” says Walsh.

The social aspect will return. In the meantime, as Lillstrom says, farmers will carry on. “We’ll have a lot of food. Our food is local. It’s fresh. I hope people will want to invest in their health by investing in the local economy.”