Pittsburgh-based Apollo Neuroscience is developing a watch-like device that helps to manage stress. 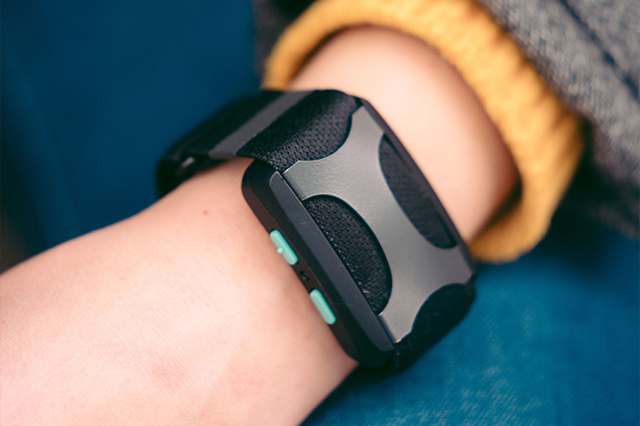 A Pittsburgh based company is focused on shaking up how people deal with the treatment of stress disorders.

Apollo Neuroscience, based in Uptown, is releasing the first wave of its Apollo device. The wearable, the company’s first product, pairs with an app on smartphones to provide drug-free treatment for stress and post-traumatic stress disorder. 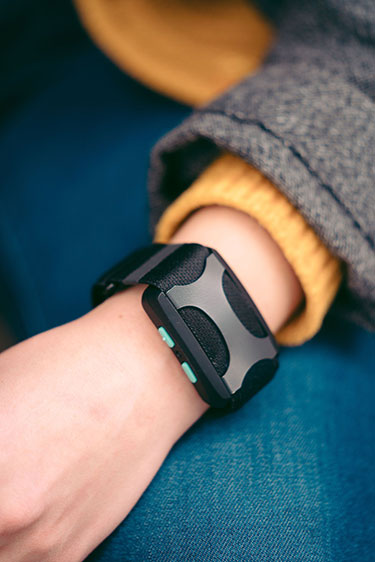 The Apollo device can also be adjusted to help users deal with various sleep issues, feel more energized in the morning, improve heart rate variability or aid some meditation techniques.

The programs for the device were developed by neuroscientists David Rabin, one of the founders of Apollo, and Greg Siegle at the University of Pittsburgh.

Trials for the device were also conducted at the university’s Program in Cognitive and Affective Neuroscience (PICAN), where subjects reported feeling more relaxed and less stressed when under the effects of the Apollo device. Testing was also conducted with the Children’s Integrated Center for Success, a treatment center in Allentown intended for children and adolescents with mental illnesses.

“Apollo is the only wearable device available that will modulate your heart rate variability to a higher level and put you in a meditative state without meditating,” says a review from Joseph C. Maroon, neurosurgeon for the Pittsburgh Steelers. “You’re calmer, you’re more relaxed, you’re able to focus.”