The celebratory event in honor of Alice Waters included a surprise guest. 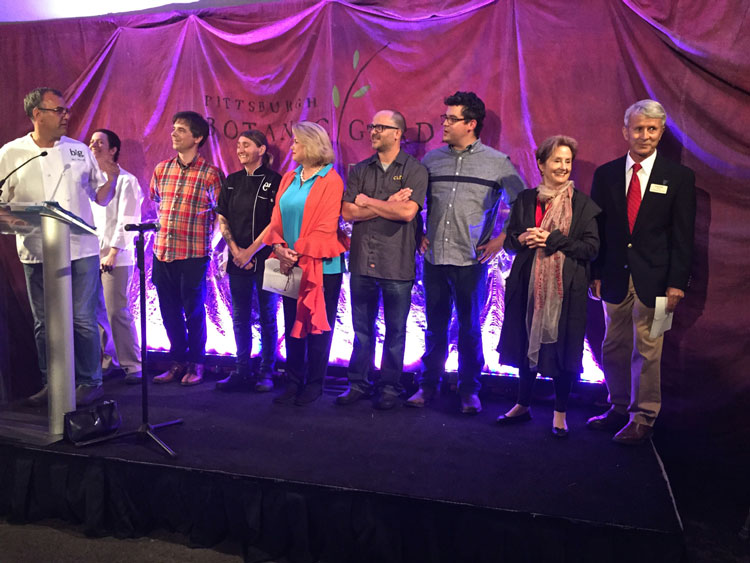 photo by HAL B. KLEIN

Passed appetizers, cocktails and wine were served in the garden’s reception tent before the approximately 300 guests enjoyed a family-style sit-down dinner. There, hosts introduced esteemed food writer Mark Bittman as the evening's surprise guest. His five-minute tribute to Waters began with, “If you get good food in the United States, you owe a debt to Alice.” Later in the speech, he added, “I could go on, and I'm really not kidding. There’s almost nothing positive in the world of food in the last 20 or 30 years that hasn’t been directly caused by or at least influenced by Alice. 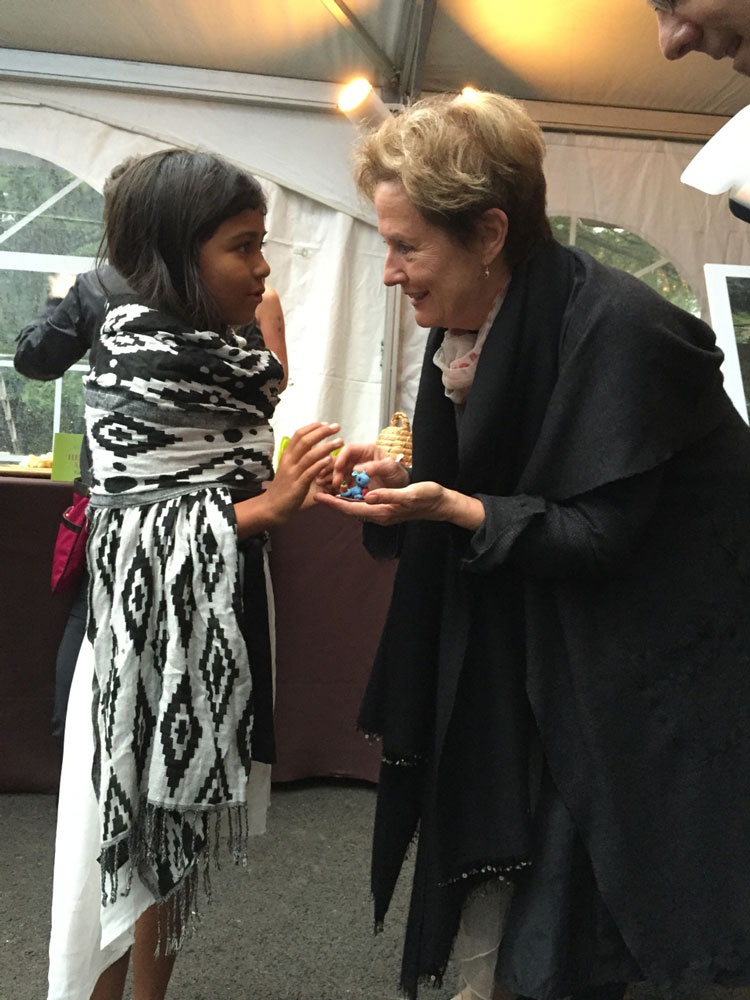 RIO SHANNON WITH ALICE WATERS / PHOTO BY HAL B. KLEIN

A highlight-reel moment happened a few minutes earlier when students from Dilworth Traditional Academy presented Waters with an array of gifts and welcome speech. Waters was visibly touched by the presentation.

“I just have to say, this is why I do what I do. Children get it so deeply so quickly,” she said to the gathered crowd. 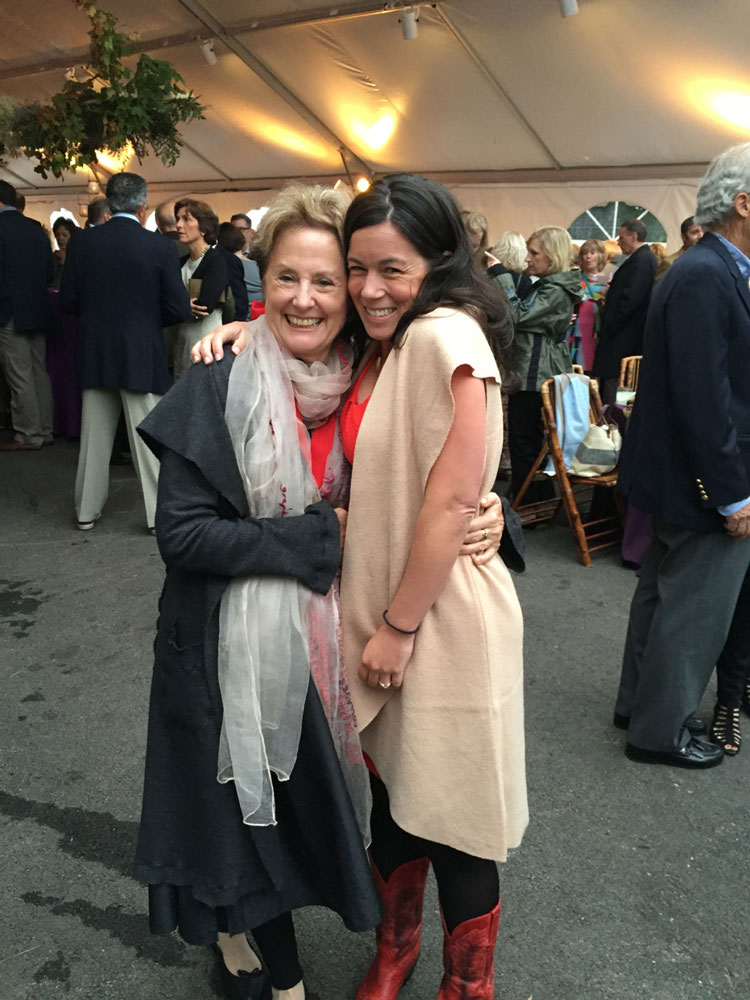 The Edible Schoolyard at Dilworth was part of the first group of the flagship schoolyard program from Grow Pittsburgh. Julie Butcher Pezzino, the nonprofit organization's executive director, attended the event and reminisced about when Waters came to Pittsburgh about nine years ago. “She gave the Edible Schoolyard her lesson [plan] as it was getting off the ground, and we’ve been going with it ever since,” she said.

“I can only do so much in my role. Without her, this movement would be nowhere. She made it what it is,” she added.

Bill Fuller, corporate chef of big Burrito Restaurant Group, lead the kitchen team of heavy-hitters including Justin Severino (Cure), Sonja J Finn (Dinette), Chad Townsend (Millie’s Homemade Ice Cream), Kate Romane (e2) and Trevett Hooper (Legume). Eleven’s Derek Stevens was scheduled to cook as well, but he had to sit out due to injury. I wish him a speedy recovery, though it was nice to see the talented chef enjoying his time on the other side of the pass for once. 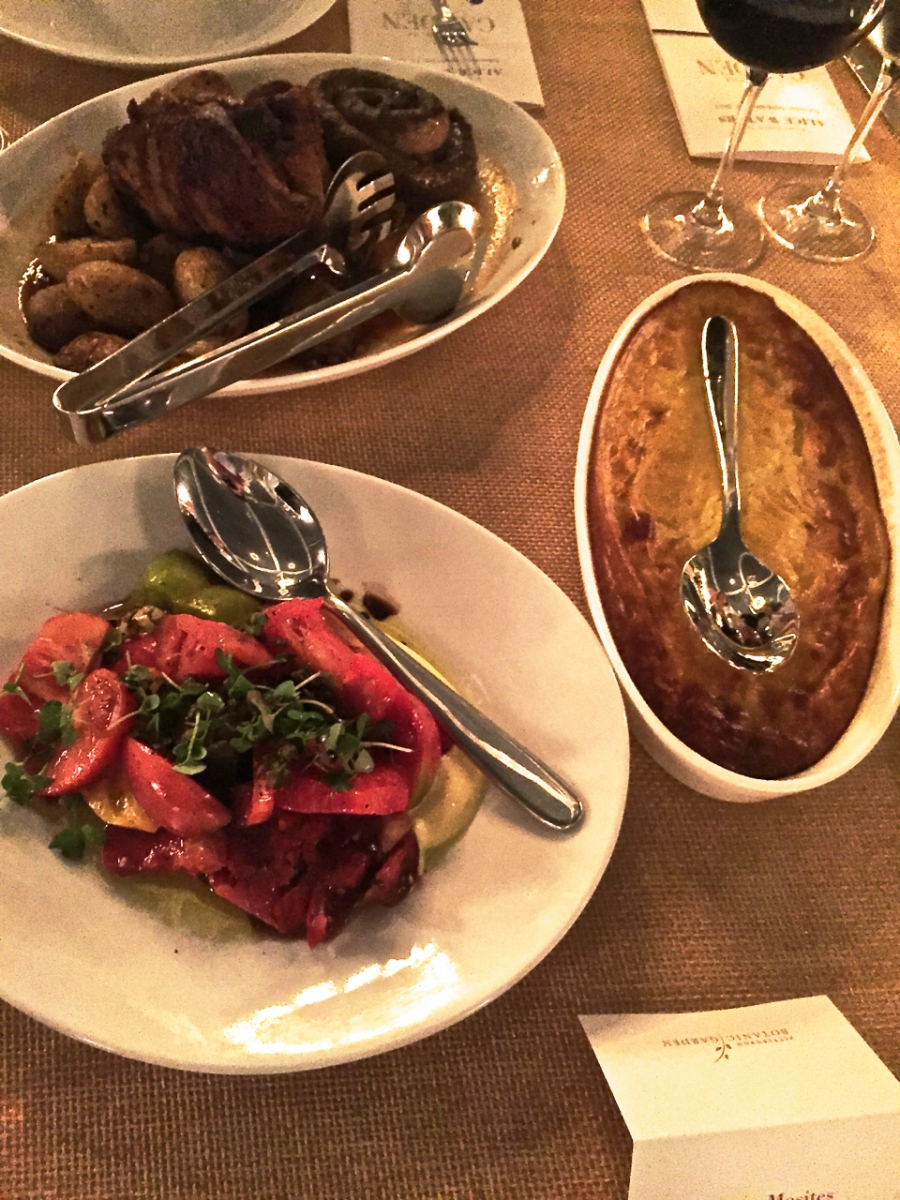 A beautifully roasted Elysian Fields Pure Bred lamb shoulder was the centerpiece of the meal, which also included a melon salad, ajvar, baked corn pudding and "Bill's Grandmother's" potato rolls. Twenty-one local farms, ranches and producers were listed on the back of the menu as sources for the evening's meal.

“She’s our spokesperson, right?" says Grow Pittsburgh’s Pezzino of Waters. "When someone of her caliber and celebrity comes to Pittsburgh and talks about the work that she’s been doing for decades, it elevates the movement to a level that it hadn’t been before.”

Girls to the front!: 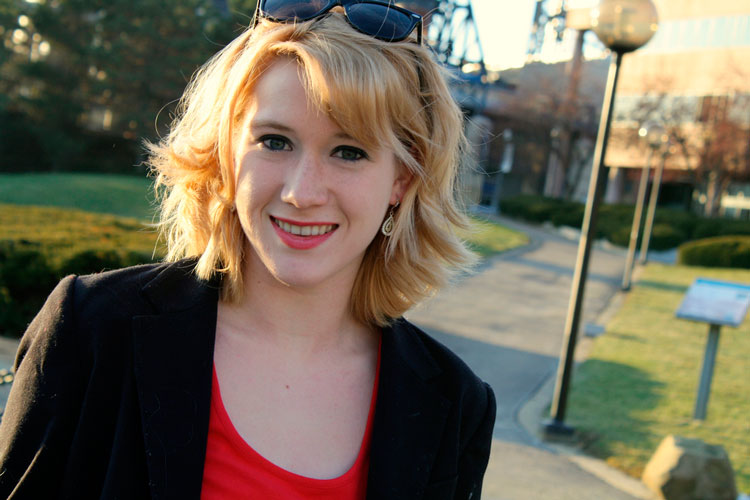 I’m very much looking forward to “Girls to the Front!: a spirited charity event for Girls Rock! Pittsburgh” that’s happening Monday at Spirit. An all-star team of women bartenders, chefs, servers and DJs takes over the Lawrenceville bar to raise funds for Girls Rock! Pittsburgh, an all-volunteer organization that provides mentorship and music training to young women in the region.

“They wanted to take what they love to do and put to good use for us,” says Girls Rock!'s Madeleine Campbell.

Former Butterjoint bartender Amanda Carto says that she wanted to do a pop-up bar shift during her upcoming visit home from Austin, where she now lives. “I thought, why not do it for a good cause, too?” she says. 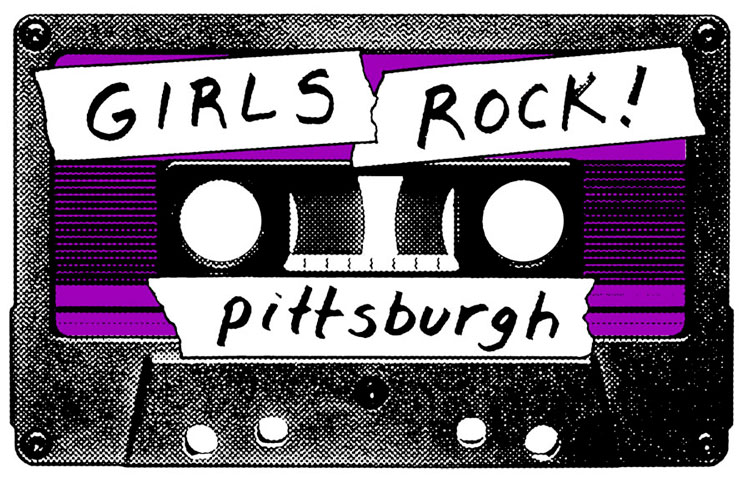 Carto pow-wowed with The Commoner bartender LG Swanson and then quickly assembled a team of some of the top bartenders in town: Nicole Battle (tako/Spirit), Maggie Meskey (tako) and Jen Mulero (Meat & Potatoes) are joining Carto and Swanson behind the bar. Cocktails include: "What a Girl Wants," made with Jack Daniels, Averna, black tea and cassis; and "That Girl's Got Bols!," a Bols genever cocktail mixed with maraschino liqueur, lemon and raspberry.

“An all-female fun event shows such a sense of community. We really do have a lot of female powerhouses and female leaders in the bar and restaurant community. I love that that’s being recognized and being noticed,” says Carto.

All proceeds from bartenders' tips and the food sales will go directly to Girls Rock! and, although the admission to the event is free, they’re requesting a $5 donation at the door.

“Girls Rock! has totally opened my eyes to how connected Pittsburgh is. There are so many opportunities for people to support each other in their endeavors, and this is a perfect example of doing that," says Campbell.