10 of Pittsburgh’s top chefs faced off at LeMont in a Turkey Devonshire throwdown for the ages. 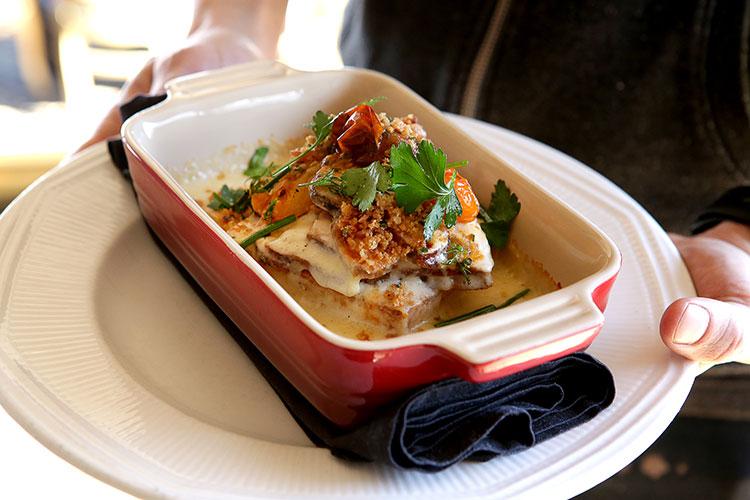 One of the first things I did when I dove deep into the history of the Turkey Devonshire for a February-issue feature on Pittsburgh’s most outstanding sandwich was reach out to Tim Ryan, president of The Culinary Institute of America (and one of the 50 Greatest Pittsburghers of All Time). In addition to sharing a wealth of information about the Devonshire, he suggested we throw a competition to see if contemporary Pittsburgh chefs could help restore the noble sandwich to its place of glory. 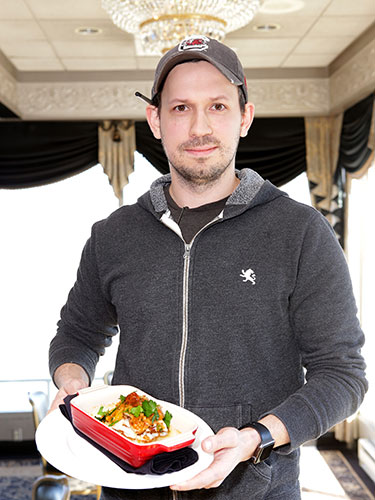 Following a thorough evaluation of each Turkey Devonshire, the judges — Ryan, Sonja J Finn (Dinette, Cafe Carnegie), Heather Abraham (KDKA) and I — chose Ciminillo, chef of the forthcoming Coop De Ville in the Strip. We appreciated how he kept close to the classic rendition yet found ways to elevate each component of the dish. Brined and smoked turkey, Japanese milk bread, bacon-breadcrumbs and a smattering of herbs put him over the top.

Ciminillo walks away with pride and also a rather terrific prize; he's headed to the CIA's Napa Valley campus for a conference, a wine tour of Napa and a tour of the kitchen at the famed French Laundry in Yountville. The trip is sponsored by The Culinary Institute of America with Don's Appliances providing the air fare.

Picking the winner wasn’t easy. I’m not saying this to blow smoke: every single participant made a praiseworthy version of the Turkey Devonshire. Hopefully, we’ll see a few of them on menus around town.

We'll have a video of the event soon.