Thackray's departure from The Vandal will result in a new menu at that Lawrenceville restaurant. 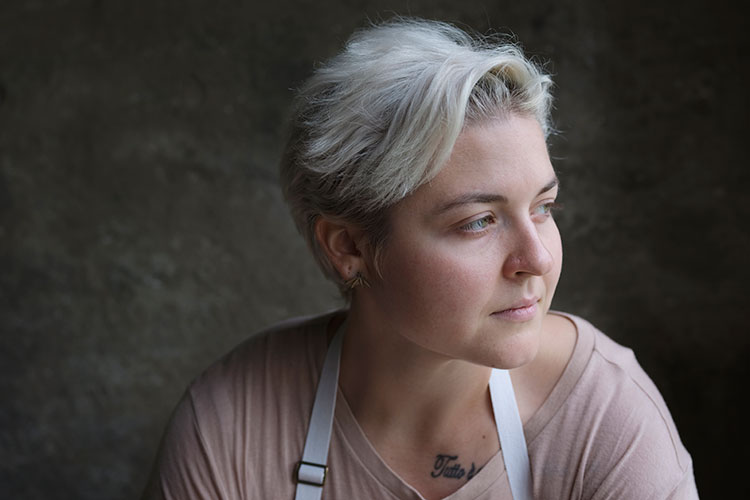 Csilla Thackray, executive chef of The Vandal in Lawrenceville, will join the team at Legume Bistro in early February as the restaurant’s chef de cuisine. The Oakland restaurant, owned by Trevett and Sarah Hooper, has been a fixture on Pittsburgh Magazine’s Best Restaurants list since it first opened in Regent Square in 2008.

“I knew I’d need to move on [from The Vandal] eventually. I've always valued Trevett’s culinary philosophy, his approach to food and the thoughtfulness he brings to the table,” Thackray says.

“I think it’s a very natural fit. She has a very strong voice that I think will mesh well with what we do,” says Hooper.

Thackray says that she plans to spend her first few months at Legume getting familiar with the restaurant’s kitchen, as well as that of Pie for Breakfast, by working at different stations while she settles into the day-to-day rhythm of the space. “The wheels of progress move thoughtfully at Legume. It’ll be a gentle progression,” she says.

Thackray and Hooper both have a deep interest in Eastern European cuisine, Hungarian cuisine in particular, so look for the menu to tilt even more toward that direction in the long run. “For an idea to really take root in a kitchen, someone needs to be passionate about it. And we both share this passion,” says Hooper.

Over at The Vandal, owner Joey Hilty will step into the kitchen as executive chef. Hilty most recently ran Joey’s at Smallman Galley and also operates The Bureau cafe at Schoolhouse in East Liberty. Hilty says the restaurant will shift focus to casual bistro faire with influences of southern Italian and French cuisine. Look for a new menu in February with dishes such as roast chicken with frites and head-on prawns with garlic butter.

Related:
13 Women Behind the Kitchen Shift in Pittsburgh