Pittsburgh Bartenders Give Back By Keeping Time

The Pittsburgh chapter of the USBG partners with Campari USA to create a calendar that will benefit Greater Pittsburgh Community Food Bank. 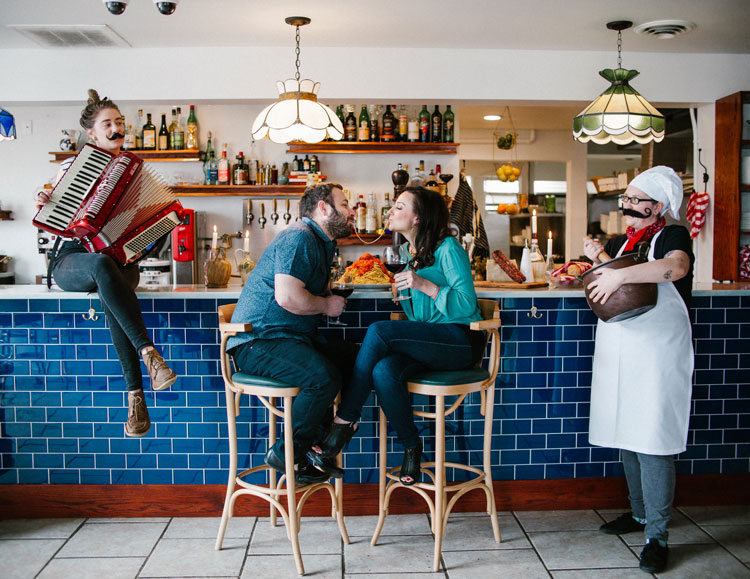 An outstanding bartender always is interested in the happiness of the people in front of them. For many Pittsburgh bartenders, that mission extends beyond the bar: Volunteerism and generosity are as important to their spirit as building a perfect cocktail is to their craft.

"As a new council, we quickly decided we wanted to have a larger presence giving back to the community,” says USBG Pittsburgh President Nicole Battle.

After some debate about what would be the best way to implement the chapter’s revised charity component, USBG (United States Bartenders Guild) member Greta Harper suggested the organization produce a calendar; something that could highlight both bartenders and the drinks that they make while also raising money for a worthwhile organization.

In a guild-wide vote, the chapter picked Greater Pittsburgh Community Food Bank in Duquesne as their intended recipient. The guild then signed Campari America, which includes brands such as Campari, Averna, Wild Turkey, Aperol and Appleton Estate Jamaican Rum in its portfolio, to be the calendar’s sponsor.

"We like to be connected with the community. The play on the iconic Campari calendar made it a natural fit for us,” says Kevin Salmen, Campari America’s Pittsburgh account representative. 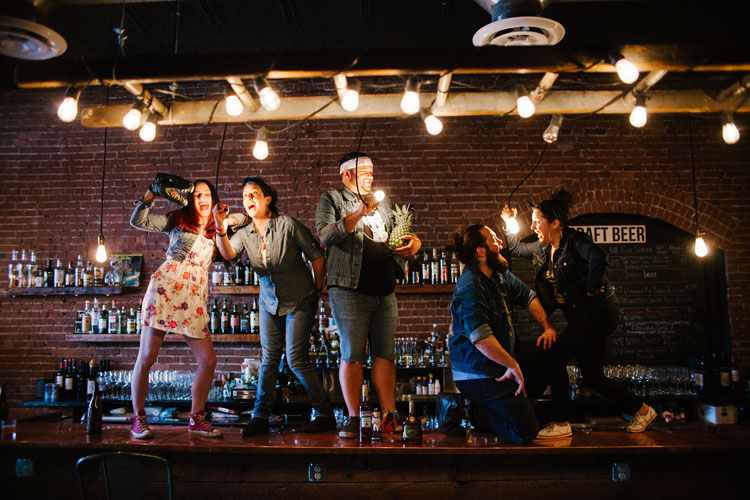 The USBG Pittsburgh calendar launches with a party at Smallman Galley on June 5 (which is also the first day of the ever-popular Negroni Week). Pittsburgh diners that evening get a double-debut: new class of Smallman Galley chefs will preview items from their new menus in anticipation of the June 6 launch of Smallman 2.0. Calendars sell for $20.

Participating establishments will donate $1 from each Campari USA cocktail sold during the month they are featured in the calendar. That total will add to the $7,500 already raised from the participating bars. The chapter will donate those funds to Greater Pittsburgh Community Food Bank at the launch party.