A New York art show celebrates the contributions of the pop artist to the iconic look of “Friends.” 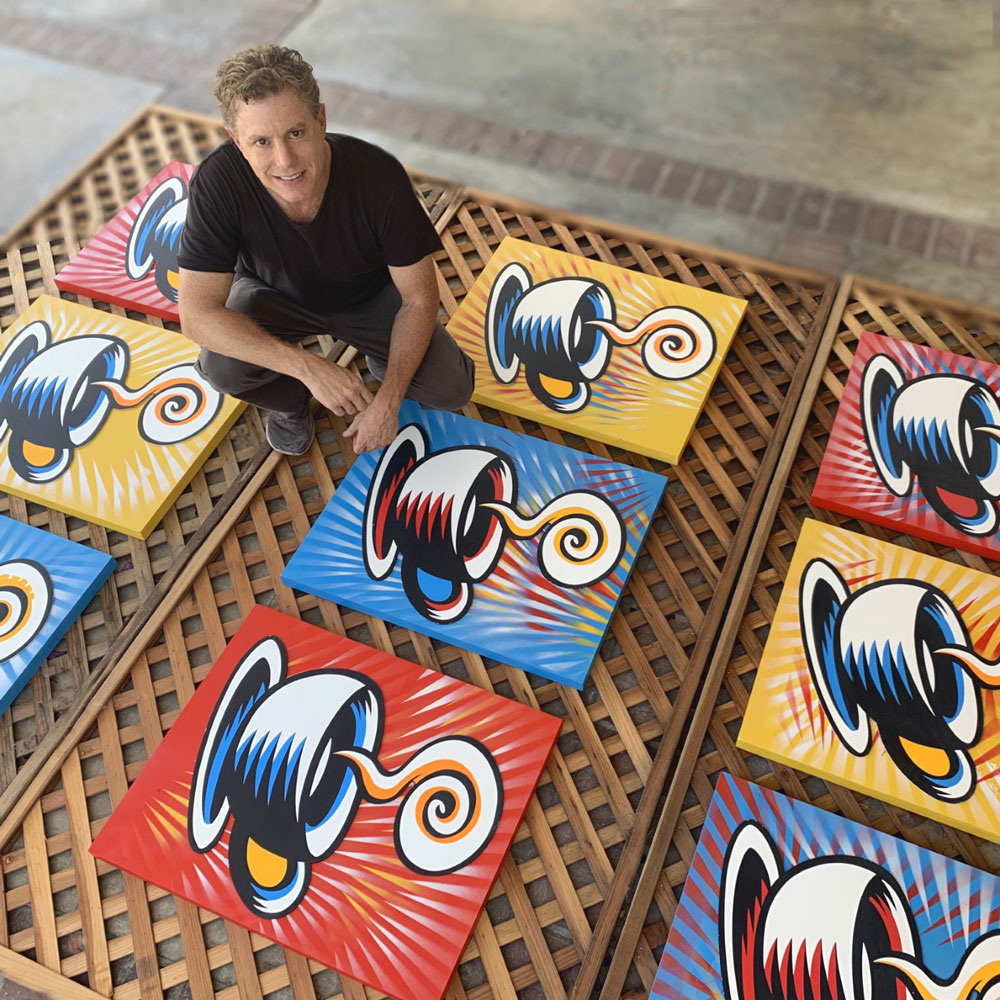 Rachel, Ross, Phoebe, Monica, Chandler and Joey — played by Jennifer Aniston, David Schwimmer, Lisa Kudrow, Courtney Cox, Matthew Perry and Matt LeBlanc, respectively  — were just a ragtag group of twenty-somethings on Sept. 22, 1994, when the famed sitcom “Friends” premiered. But as the show nears its silver anniversary, the titular sextet of best buds has reached a platinum level of notoriety — and the show has a recognizable connection to Pittsburgh.

Artwork placed in Central Perk, the fictitious New York cafe, and elsewhere in the series was created by Pittsburgh-born pop artist Burton Morris. His art was featured in more than 50 episodes of “Friends” over the course of its 10 seasons — but it all started with a T-shirt.

“On the third episode of ‘Friends’ … David Schwimmer wore a T-shirt with my artwork on it,” Morris says. “It was of a baseball player — that was actually a Pittsburgh Pirate, without the ‘P.’”

The shirts were part of a line Morris was selling at the time; when his sister moved to California, she took some with her, Morris says. One ended up in the possession of a production guy working on “Friends.” When Schwimmer saw the design, he asked to borrow the shirt.

“The scene was of him coming in from a baseball game, and he told the guy, ‘Hey, can I wear that shirt?’” Morris says.

After seeing Schwimmer in the big-hitter shirt, Morris called Warner Bros and spoke with Kevin Bright, one of the show’s creators, who asked if they could hang some of Morris’ art in the background of sets.

Morris has gone on to design official artwork for the 2004 Academy Awards, the Olympics and the Obama Administration.

In time for the 25th anniversary, Morris will host an art show in Manhattan’s Taglialatella Fine Art Gallery, displaying paintings from various scenes and sets of the show. Most of the original works were sold to folks such as Brad Pitt and Jennifer Aniston, and the first painting — a giant toaster — hangs in the Heinz History Center, but a few originals will appear at the gallery. Primarily, though, Morris will be showcasing 35 new paintings he created in tribute to his famous designs, and paying homage to the sitcom that helped jump-start his career.

“Warner Brothers is giving us one of the original couches from Central Perk … so at my show, you’ll be able to sit on the couch, take pictures and be part of the whole Central Perk feel,” he says.

In partnership with Warner Brothers, Morris is working on two related projects in conjunction with the art show. The first are prints of the coffee cup embellished with the “Friends logo,” which will be available for sale to the public; the second is his first sculpture, a limited run of 25 pieces.

The work Morris has done for the hit TV show, he says, has been steeped in the goals of pop art: to create an icon that represents cultural trends.

“The coffee cup was representing coffee culture, or popcorn was representing the entertainment world. The idea was that I would take these symbols and create them in different sizes, shapes and colors — and that way people would brand it into memory,” he says. “What’s great about ‘Friends’ was that I was able to take new ideas and recreate [them] in a new way.”

Morris’ art show opened Sept. 19 and will continue through Oct. 1.