With reduced travel, carbon emissions are lowered and people are spending more time outside. 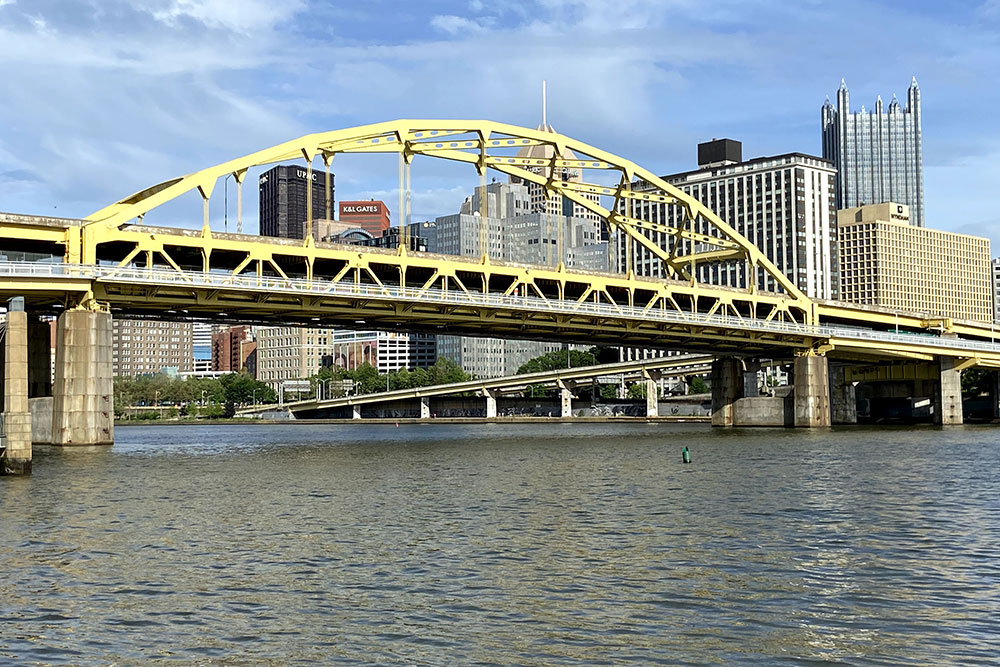 Nationwide, cities have seen a decrease in carbon emissions and an increase in air quality during the shutdown to prevent the spread of COVID-19 —  and Allegheny County is no exception.

Camila Rivera-Tinsley, Pittsburgh Parks Conservancy director of education, says Allegheny County experienced a decrease in particulate matter in the air. According to a special report from the Group Against Smog and Pollution, particulate matter concentrations were 23% lower at the Liberty monitor than expected since stay-at-home orders took effect. The Parkway East monitor reported concentrations were 13% lower than expected.

The recent improvement in air quality is due to the reduced number of people traveling, she says, which means it could be reversed as things go back to normal and more people return to the office.

“One of the things that we have been able to see is that in the Pittsburgh region, we have seen a decrease in pollution, specifically associated with vehicle emission,” Rachel Filippini, executive director of the Group Against Smog and Pollution, says.

She says in addition to taking steps to reduce vehicle emissions, people can make other daily decisions to be more sustainable.

She says if everyone makes an effort to prioritize the environment, these positive changes can be sustained.

“People can definitely still practice sustainability, even in a pandemic,” she says. “For example, bagging your own groceries. We know that several grocery stores are not allowing the use of reusable bags inside the store. So one thing you can do when you go to checkout is ask them not to bag your groceries, put them all in your shopping cart and then bring them out to your vehicle . . . and then bag them with your own reusable bags in the car.”

Vinski says you can also participate in things like virtual volunteering, and continuing to telecommute if possible as other ways to act sustainably.

“Sustainability involves respecting one another,” she says. “I think that wearing a mask is one way that we can practice sustainability. It’s an act of kindness and showing respect for others.”