Johnmichael Bohach has used about 3,000 Lego pieces to mimic most of the 42 floors and 2,592 windows of the Cathedral of Learning.

Johnmichael Bohach, a theater set designer and Pitt alumnus based in Shadyside, only has four more floors until he’s finished his Lego model of the University of Pittsburgh’s Cathedral of Learning.

“I expect that to take probably a month,” he says of finishing the medieval bottom floors. “There’s so much detail in the windows, everywhere around the perimeter, and I also want to add some of the bushes and trees in as well.”

Having started from the top-down, Bohach’s Lego rendering of the Cathedral of Learning now stands a bit under 2 feet, but he expects it to be 30 inches tall by the time he finishes. It spans a foot wide and a foot deep, but he says it could get bigger, depending on what he does with the final floors and the surrounding area.

Bohach has used the plastic toy bricks to build several other monuments before, including Fallingwater and the Farnsworth House in Gettysburg. But Cathy proves to be one of his most daunting Lego creations yet since the other famous buildings had instructions with a specific brick supply.

“They don’t make a Cathedral of Learning [model],” he says. “I’ve always loved the building ever since I went to Pitt, so I decided to make my own.”

Using 3D modeling and public images of the Cathedral online, Bohach began working in late March, deep in the lull of quarantine and has since bought about 3,000 beige and green pieces for his project. He’s completed piecemeal purchases through eBay and Amazon, mostly figuring out what he needs as he goes. He hasn’t totaled the money he’s spent.

A few people have offered to buy the model from Bohach, but he’s got other plans. With the LED light pieces he added to the building, he thinks he’ll put the model on his nightstand as a lamp. 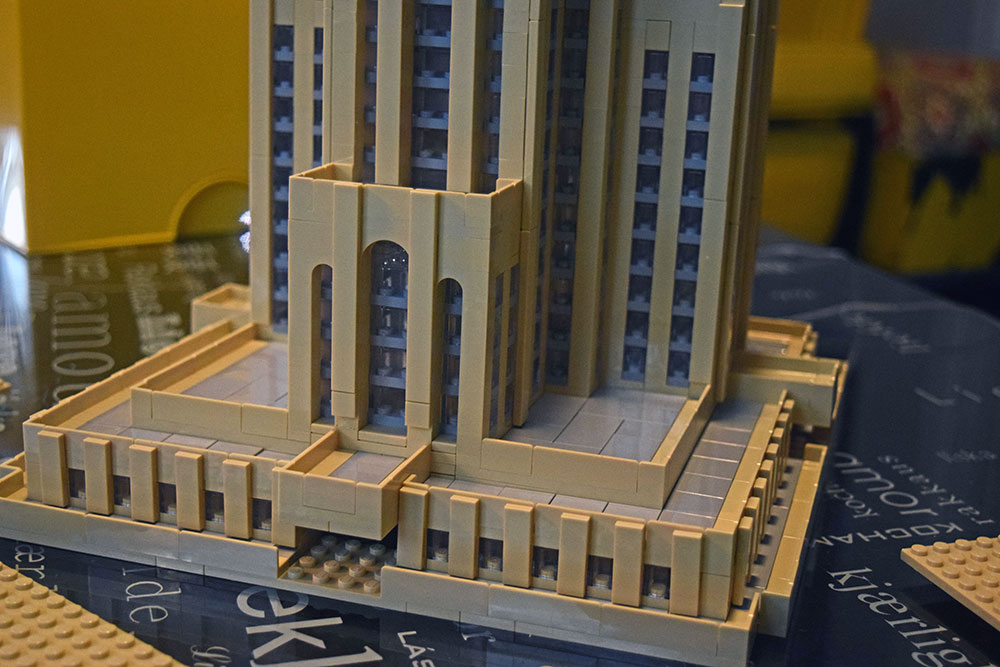 What will he do next? Maybe Pittsburgh’s bridges.

“I love the colors, between the blue colors of the Smithfield bridge and the yellow of the iconic bridges Downtown,” Bohach says. “It could be really fun to do the different bridges.”