Pie For Breakfast Is (Really) Opening

Trevett and Sarah Hooper have set a launch date for their casual morning, noon and night follow-up to Legume and Butterjoint. 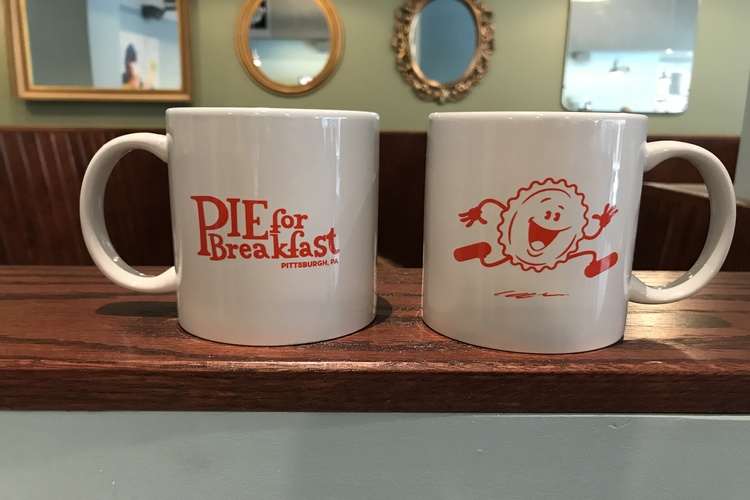 Pie For Breakfast, the long-anticipated third restaurant from Legume Bistro and Butterjoint owners Trevett and Sarah Hooper, now has an official opening date. The all-day cafe will officially launch on June 12, with soft-open breakfast and lunch service starting this Monday.

The Hoopers first announced the restaurant, which is located in a former dentist office adjacent to Butterjoint, in April 2016. Trevett Hooper says that constructing a restaurant in a space with no history of food service, plus bureaucratic red tape as a result of Pittsburgh’s often slow inspection process created a “perfect storm” of delays.

“It’s evolved,” Hooper says of the concept. “We’ve had two years of people coming into Butterjoint and Legume saying, ‘We can’t wait for this.' So we asked them about they wanted.”

For example, Hooper says, all-day breakfast wasn’t in the plan for the 49-seat cafe. Now, breakfast options will be available whenever the restaurant is open. “I figured we’d just do beer and inexpensive cocktails, but [bar manager] Amanda Schaffner really stepped up,” Hooper says, noting that house-made ginger beer will form the base for a variety of mules and caffè corretto, espresso enhanced by liquora such as sambuca or grappa, are on the menu, too. “She had time to develop something a little more elaborate.”

Look for Hooper’s menu to be comfort-forward but have elements of mash-up creativity. Much like kimchi now is as much a signature item on Butterjoint’s pierogi as the more traditional sauerkraut, diners can expect to see similar playfulness in what’s offered at Pie for Breakfast.

“In the beginning I wanted this to be, food-wise, very basic American food. After this time, I want to open the door to a little bit more of a global influence. For example, I love home fries eggs and toast, and we’re going to have that, but also instead of fries, you can get mujaddara (lentils and rice) and also add vegetables. I want to have a familiar form, but add something different at same,” says Hooper.

Hooper says the whole-building supply chain will also affect his other restaurants, too.

“It’s going to help make Legume better. We work with primals and we sit on a lot of trim. It’s going to be nice to have an outlet at Pie for Breakfast instead of trying to fit ground pork on a plate at Legume because we have to move it. Now, we can use it at Pie over here and free up what we’re doing at Legume,” Hooper says.

Look for our first look at the menu in the upcoming weeks.