Perspectives: Here’s What It’s Like to Work as a ScareHouse Haunt Actor

Working at the famous haunted attraction has more to do with stamina than scariness. 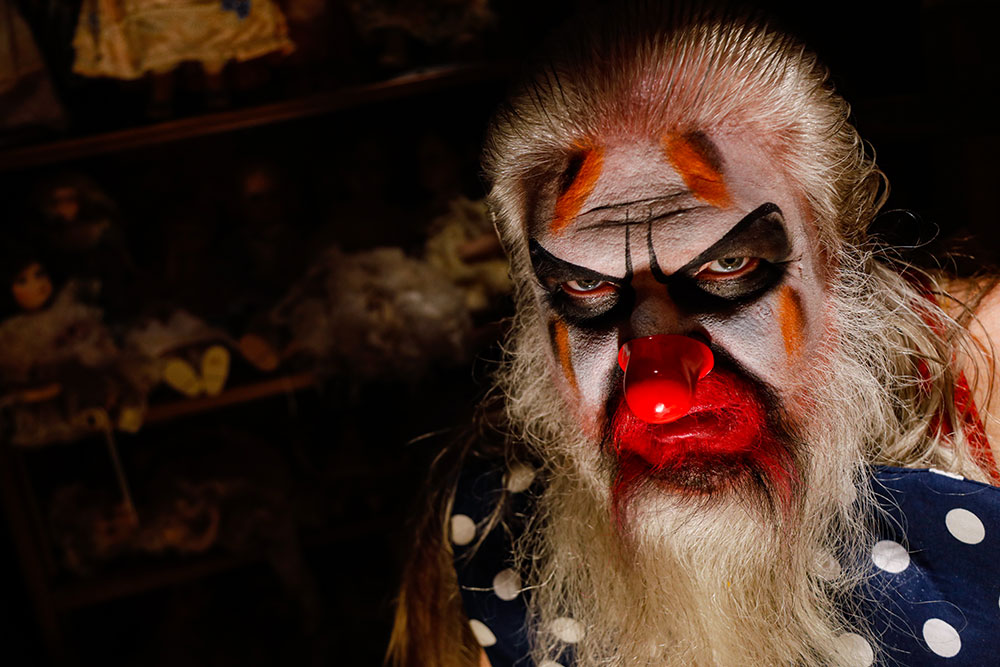 The secret weapon behind any good haunt actor, I’ve learned, is proper hydration.

Sure, you need to be scary — or at least surprising. And you’d better be comfortable spending a few hours in a foggy, dark environment littered with scenes of mayhem.

No matter how dedicated you are to the macabre, though, everything will fall apart if you don’t get enough water.

I’ve always wanted to work at a haunted attraction. I’ve been a devoted fan since I was a teen — an obsession that has only grown in adulthood — and thought crossing over to do some spooking seemed like fun. I put it off for years, though, citing scheduling concerns; finally, with some normal obligations still disrupted, I decided to commit for the 2021 season. 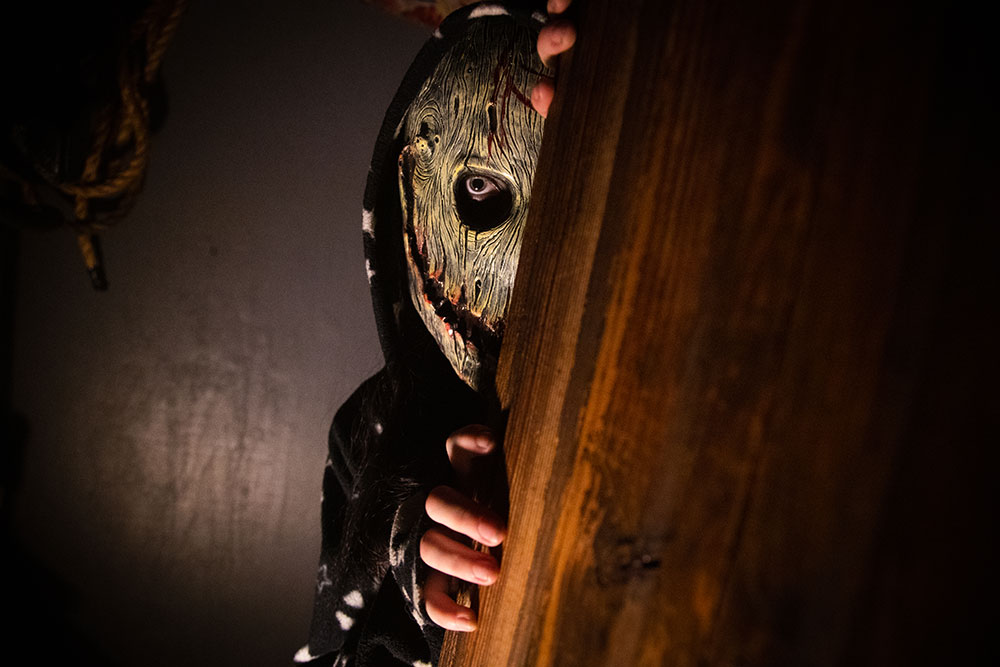 While some attractions will take pretty much anyone willing to mask up and hide in a corner, the actors at the ScareHouse are paid employees, so my journey into this particular realm of darkness began with a formal audition. After a brief interview (during which I tried to come up with reasons why I’d be a good performer, beyond simply liking creepy stuff), I was brought to a fully lit section of the attraction — a zombie-infested convenience store — and told to try and scare the folks who walked through.

I tried to think of what makes me jump in a haunted attraction. Usually, I figured, it’s when something large and intimidating appears very suddenly. I crouched into a corner, hoping to move swiftly toward my targets without tripping over my own feet.

The pair of faux customers rounded a corner. I lept to my feet, stretching to my full height with arms outstretched, dashing toward them. They flinched backward in surprise.

I figured that was good. 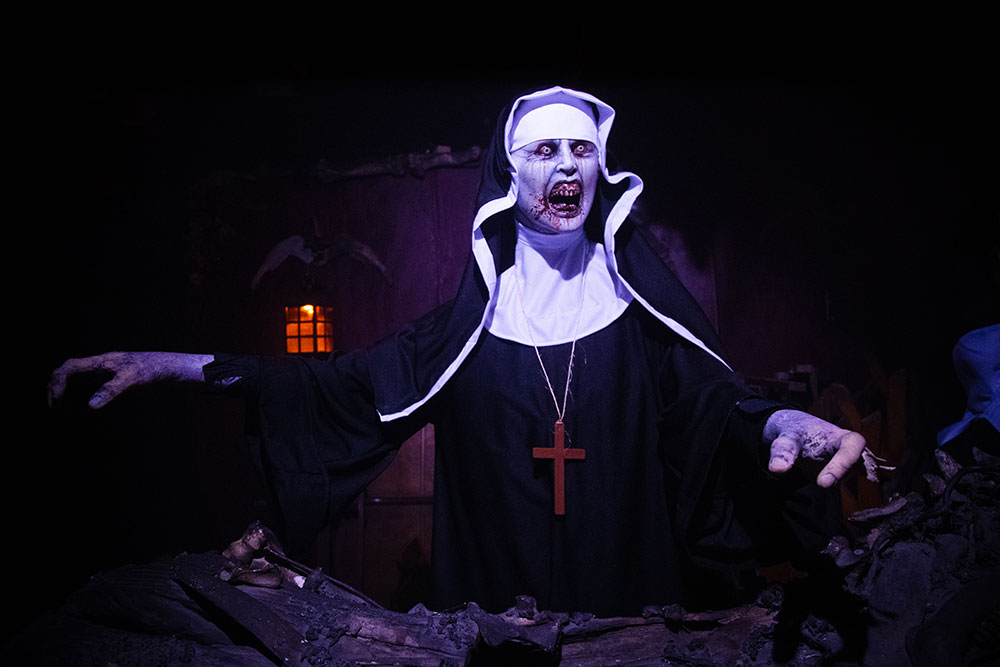 After being formally brought on board, I was invited to an opening orientation. I figured the session would contain lessons about the psychology of fear and better haunting strategies — and, to be clear, we were given plenty of instructions about good and bad ways to approach customers.

Even then, though, the focus was decidedly on taking care of our voices and bodies. Topics included stretching, proper clothing and footwear, pacing your energy throughout a long evening — and, always, hydration.

I’ve now spent four nights inside the attraction, and the admonitions make perfect sense. Working at a haunted attraction is a battle of endurance; for four to seven hours, you’ll be on your feet, moving quickly and often erratically. You need to perform your actions carefully — you’re supposed to scare people, not accidentally tumble into them — and precisely, so you don’t damage the elaborate sets around you. Most importantly, you can’t just scream; if you start aiming full-throated shrieks at customers, you’ll be hoarse within an hour and utterly out of a voice by the end of the night.

And you have to do it again tomorrow.

That’s why the hydration is so important; in addition to keeping you from passing out (it can get hot under those costumes), you need a lot of water to keep your vocal cords working through the weekend. If you’ve got no voice and no energy, it’s tough to scare people.

Do you need to be inherently creepy? Not really. You can figure out ways to spook people even if you’re the cheeriest person on the block. Do you need to stay hydrated, no matter what? Oh yeah. 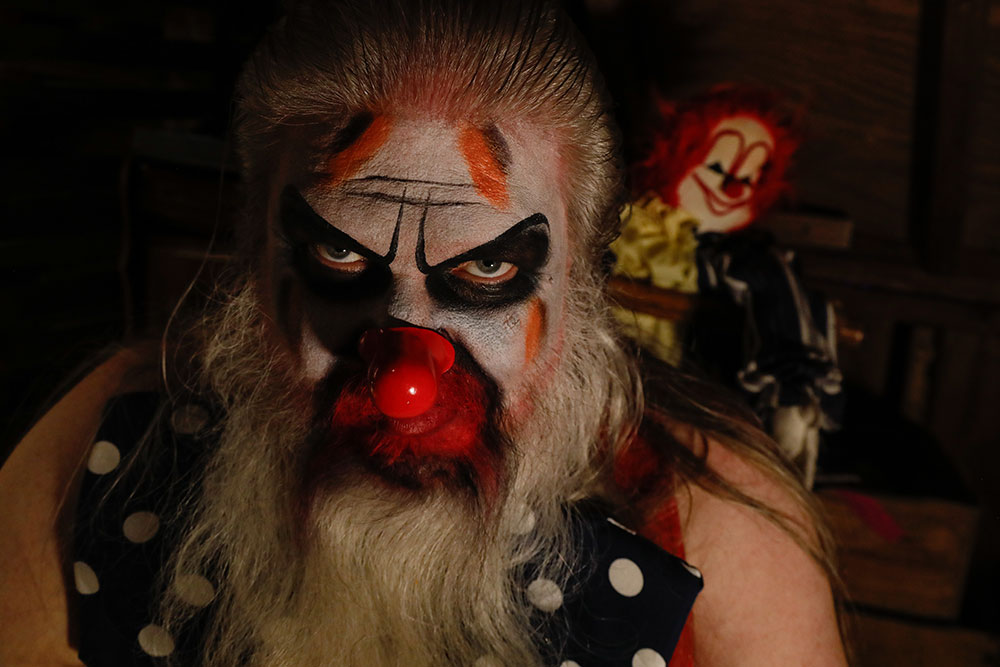 I’m particularly in awe of the ScareHouse regulars — like Tom Smith, pictured above in his fan-favorite “Creepo the Clown” getup — who do this night after night, year after year. Some performers, like Smith, have been around for nearly the entire 20-year run of the attraction. It’s exhausting, taxing work; I’m drained after one full weekend. I can’t imagine mastering the demands of the job so thoroughly that you can keep coming back for years on end.

Still: It’s a lot of fun. Few moments in life are as satisfying as actually making a patron collapse in fear — not just flinch or recoil, but briefly drop to the ground in shock. I’ll be there for the rest of the season, perfecting my approach and timing.

Collier’s Weekly: Get Yourself a Gift This Week