Perspectives: Get to Know Your Tomato Guy

PM’s Sean Collier is an approved critic with Rotten Tomatoes. Learn what that means — and how you can go beyond the percentage when deciding what to watch. 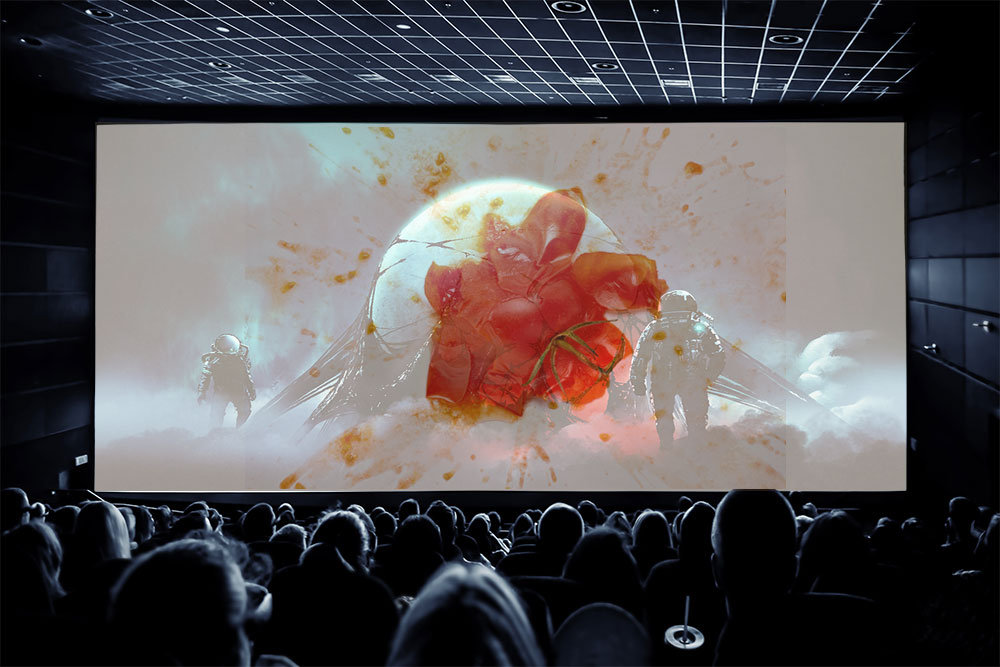 After thousands of movies, there were only a handful of times I wanted to actually throw a tomato at the screen.

“The Art of Racing in the Rain,” sure — if you had handed me a tomato, it would’ve gone for a ride. And “Old” came very, very close. But it’s hard to conceive of being so regularly incensed that I would begin bringing overripe produce to the cinema.

All of which is to say: I can’t figure out how Rotten Tomatoes became the name for the centralized source for movie opinions. How often did people actually hurl fruit in the old days, anyway? And why did they have tomatoes on hand to begin with?

(Also, HowStuffWorks reports that the first recorded instance of angry produce-chucking didn’t involve a tomato at all. During a riot in the year 63, Vespasianus Caesar Augustus was pelted with turnips. Admittedly, Rotten Turnips doesn’t have as much panache.)

My questions about the moniker aside, I was thrilled in 2018 when I received approval to add my reviews to Rotten Tomatoes after a decade of reviewing movies. The long-tenured site has become a shorthand for critical consensus, so I count the opportunity to add to (or subtract from) a film’s score to be a mark of legitimacy.

Ubiquitous as the site’s percentage scores are, though, there are ways to make the site more useful — and, in the process, better delve into critical opinion beyond a simple yes-or-no vote. Here are a few tips.

Don’t just check the percentage; check the overall score.
When we add our reviews into the Tomatometer — which, my questions about the origin of the phrase aside, is a very good name for a meter — we don’t just pick Fresh or Rotten. Critics also have the option of adding a numerical score or letter grade; I use the same 1-to-10 scale I put at the bottom of my reviews.

That score is automatically averaged into an overall rating. You can find it by clicking on the percentage itself, which will bring up a window with more detailed numbers.

Why is this important? Because the thumbs-up, thumbs-down binary of Fresh and Rotten can hide some things. Say, for example, that every critic who voted on a particular film decided it was just north of mediocre, or barely above average. Since every last critic felt positively about it, the film would score a perfect 100% — even though no one was all that enthused. Conversely, if every single one of us agreed that a movie had some merit but was a near-miss, it would land at 0%.

The percentage score tells you how much critics like a movie, not just whether or not we approve. It can be illuminating; “The Suicide Squad,” for example, has a stellar 91 percent fresh rating as of this writing, but its score is a bit more measured, currently landing at 7.6 — good, not great. In the other direction, the percentage for the new “Space Jam” flick is dismal, sitting at 27 percent; the score, however, is a rosier 4.5, fitting for a movie that no one thinks is precisely good, but few actually hate.

Scroll down a bit to see the justification for the scores.
Past the numbers and the movie info, you’ll find excerpts from each review that comprises the final score. This is the place to get a sense of why critics are reacting the way they are — and it can probably help you make a decision if you’re on the fence about seeing a movie.

Say you’re considering “The Suicide Squad,” but you’re wondering if it’ll be too violent for your tastes. Well, top critic Wenlei Ma of news.com.au has your answer right up top: “Gunn’s movie is wondrously wild, delightfully deranged and viscerally violent.”

This is the quick-and-easy way to get a more nuanced idea of the reaction to a movie. It’s also a good place to hunt for blistering takes; of the “Escape Room” sequel, Johnny Oleksinski of the New York Post said, “The best thing about the ‘Escape Room’ film series is that it gives audience members clear directions in the title about what they should immediately do: Escape. Room.” (For the record, I kinda like that series.)

Of course, we critics would really appreciate if you took it one step further and …

Click through and read reviews from critics you like — and keep an eye on our pages.
In the same place you’ll find the brief quotes, you’ll see “Full Review” links. While I’m more than happy to contribute to the overall percentage for a movie, what I — and my fellow critics — really want is for people to read the reviews. Rotten Tomatoes makes it easy: Just click through when you see a quote from a critic you like or one that makes you stop and take notice of a critic you don’t know.

For the truly dedicated, you can also keep an eye on an individual critic’s full slate of recent reviews; each approved critic has a page on the site that catalogues their recent pieces. (Here’s mine, if you’re looking to do some bookmarking.) This is also a good place to get a sense of whether or not a critic is generally kind or harsh on new movies.

On that point: Take that, everyone who thinks I’m a stern critic! I have way more fresh ratings than rotten ones! You just think I don’t like most movies because I’m usually grumpy when I talk about them on the radio!