Perspectives: Call of the Wild

Award-winning journalist Sally Wiggin explains the evolving role of zoos, including the Pittsburgh Zoo, to save endangered species from extinction. 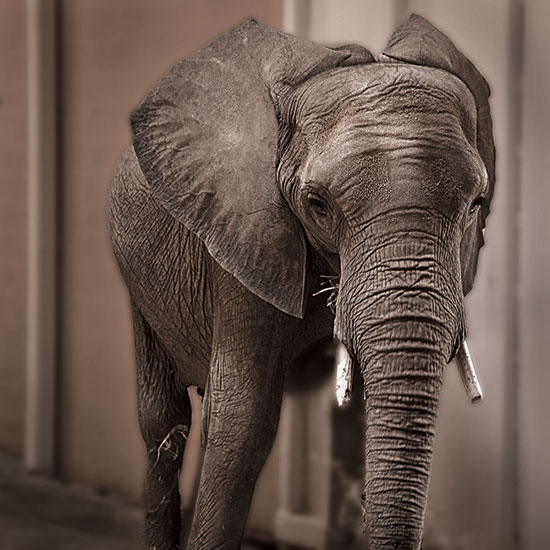 The 3-year-old boy ran toward the Pittsburgh Zoo exhibit where the lions had been roaring vigorously. He shouted, “That’s a lion!” The joy, the enthusiasm on his face were infectious. Stunned and moved, I turned to his grinning father, Steelers quarterback Ben Roethlisberger.

“I told you we all watch lots of nature documentaries,” he said.

For me, it was an epiphany. Seeing a wild animal in person rather than on a flat screen TV does something different to you.

A major study in Great Britain found that zoo visits not only help children learn about animals, but after a visit to the zoo, children were more likely to care about species’ extinction.

I believe it also applies to adults. Minutes before his son’s arrival, Roethlisberger had been standing in front of the Amur leopard exhibit taping a video about the NFL’s “My Cause for Cleats.” Those cleats, worn in a game, were painted with images of two of the world’s most endangered species –– the Amur leopard and Amur tiger.

The Pittsburgh Zoo is actively involved in conservation efforts to save them from extinction. Roethlisberger had read about them, studied their habitat loss and dangerously low population numbers in the wild, and I could see his fascination and hear his concern as I watched him watch the leopard resting behind him.

The wild, and the amazing creatures that inhabit it, are disappearing.

Some estimates are that 50 percent of all animal species may be extinct by the end of the century. There are scientists who say we are in the midst of the planet’s sixth mass extinction. Human-induced climate change, habitat destruction and overpopulation all play a role.

So, a number of conservationists are now writing about the changing and increasingly important role of zoos. Ecologist Carl Safina, whom I interviewed eight years ago, writes that, “zoos and aquariums must innovate toward being a crucial force in abetting the continued existence of wildness on earth.”

British biologist James Borrell has written that there are species that would have vanished totally if not for captive populations. But, as Safina reminds us, “captive breeding can occasionally help conservation. But captivity can never be conservation.”

At the Pittsburgh Zoo & PPG Aquarium, Director of Science and Conservation Joe Gaspard calls the zoo a conservation organization. “In my mind, you have to connect with people to make them care, in order for them to conserve,” he says.

Margie Marks, head of our zoo’s conservation education, says, “In the last 10 to 20 years, zoos made a radical change to make education and conservation more a part of the mission.”

So, in 2006, the zoo joined 80 others to work with Polar Bears International. The goal was to teach visitors about “one degree of change.” It gives them a personal stake in impacting the climate change threatening the polar bears’ very existence.

The zoo’s elephant curator, Willie Theison, has traveled to Zimbabwe to aid one of the many conservation organizations in the wild that the Pittsburgh Zoo supports. His job is to help lessen the human-elephant conflict on a continent where 55 elephants are killed a day for their ivory. Is he ambivalent when he returns to see the captive herd he lovingly cares for here?

“It is amazing seeing them in the wild. But, it just makes me appreciate my position even more and I want to try harder,” he says.

I touched my first elephant in 1994, thanks to Theison and renowned elephant expert, Iain Douglas-Hamilton, who was speaking at the Pittsburgh Zoo. During the interview, Hamilton invited me into the exhibit, and it changed my life. The next year, I traveled to Botswana to see elephants. Upon my return, I asked to join the board of the Pittsburgh Zoo. I am still there. And so is that elephant I touched, Tasha.

There will always be critics of zoos. And there are bad zoos — but it is the job of professional regulatory agencies to either improve or eliminate them. When I look into the eye of Tasha, I sense she is enriched, loved and not at risk of being slaughtered for her tusks. She moves me to continue to make our zoo a place of inspiration to save the wild — at least enough of it to preserve biodiversity on our planet.

If we fail, it just could mean the end of us all.

Award-winning journalist Sally Wiggin retired in November 2018 after nearly four decades of broadcasting on WTAE Channel 4. She continues to be an advocate for a host of nonprofit organizations.