Perspectives: A Journey of Friendship

A friendship with a 9-year old girl leads a Pittsburgh man to help sick children pursue their passions and and envision their lives after cancer. 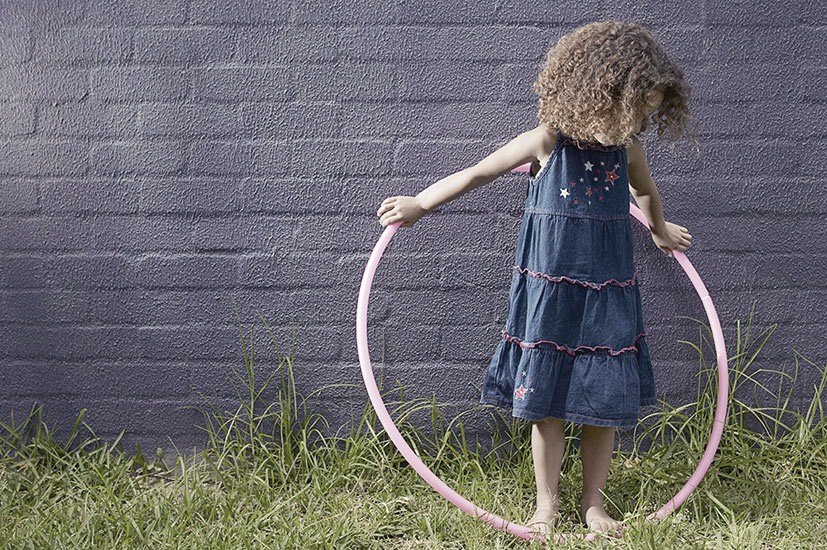 When I was 16 years old, my friend Lauren was diagnosed with cancer. I remember sitting on the classroom floor as our choir director told us what was happening and the uncertainty of what would happen next. That day, Lauren was plucked from school to start her first round of cancer treatment.

We didn’t see her again for six months.

During those six months — before the era of social media and texting — we had no idea how she was doing. I imagined her sitting in a hospital bed, enduring weeks of social isolation.

One question kept ringing through my head: “What can I do to be a helpful friend right now for someone who must be going through so much darkness?”

As a teenager, I was too young to find an answer. Fast-forward three years and I was a freshman at Brown University studying Applied Mathematics. I wanted to get into pediatric oncology and help kids in memory of my friend, so I began volunteering at the local children’s hospital.

That’s when I met Jenny. She was 9 years old and braving one of her first rounds of chemotherapy treatments. I walked into her room with a smile on my face and, as we chatted, I asked, “What do you want to be when you grow up?”

Her eyes lit up and, before I could even finish the question, she exclaimed, “I want to be a dancer!” I could see, in that moment, Jenny forgot about cancer and was just a kid again.

I learned about the incredible love she had for dancing before she was diagnosed but that she couldn’t be on her dance team with her friends anymore after rounds and rounds of chemotherapy treatment. I was flooded with memories of my friend Lauren having to leave our choir.

But Jenny wasn’t in the world of darkness I always imagined. Seeing Jenny smile and be silly caught me off guard.

Jenny taught me that, more than anything, kids with cancer crave the opportunity to hang on to their childhood. She confessed she was afraid her friends would forget about her now that she had cancer. She didn’t want cancer to define her, and yet everyone who walked into her room, day after day, was there to ask about her illness.

Her inner-child had so much hope, but there was no longer anywhere for it to shine.

As I spoke with other kids, parents, hospital staff and researchers, I quickly learned that Jenny wasn’t alone.

Eight-four percent of children survive cancer medically, but they’re surviving with serious social and developmental side effects. Everyone I spoke with talked about the need for long-term, one-to-one social support. I thought about what would happen if a child missed school for six months, and it was easy to imagine them falling behind and missing key developmental milestones. Add a cancer diagnosis, and the effects would be devastating.

One mom told me, “Our son Camden was diagnosed when he was 2 years old. Kids his age are starting preschool and having playdates, but he’s stuck in the hospital getting chemotherapy treatment. More than anything, we just want a ‘first friend’ for our child.”

When people asked me what I wanted to be as a kid, I always said that I wanted to be my grandma. She was a hospice care social worker, and I still see the love in her eyes as she tells me about the friendships she built with her patients.

My grandma helped me see that my purpose in this world is to make sure that the people in front of me, no matter what they’re feeling, know they don’t have to feel it alone.

Lauren opened my eyes to a world of darkness I had never seen before. My grandma taught me that no one should ever have to experience that darkness alone. And Jenny taught me the power of friendship.

They inspired me to start the nonprofit Connecting Champions when I was 19 years old. We ask kids with cancer, “What do you want to be when you grow up?” and connect them with a mentor for the cancer journey. Visits can include anything from playing Pokemon to joining a train conductor on the tracks.

I’ve had the joy of watching girls and boys like Jenny grow up, pursue their passions, and envision their lives after cancer. I’ve seen them aspire to be constitutional lawyers, clowns and even ghosthunters.

My journey started because of one friendship. All these years later, that seed has created so much more.

Sidney Kushner grew up in the South Hills and graduated with a degree in Applied Mathematics from Brown University. He is the founder of Connecting Champions, an evidence-based, outcomes-driven nonprofit built to bridge the social and developmental gaps between kids with cancer and their peers. He was named a top 100 student entrepreneur in the U.S. by Stanford University, featured in Harvard Business Review and Forbes, and honored in the Pittsburgh Business Times’ inaugural class of 30 Under 30.

This article appears in the November 2019 issue of Pittsburgh Magazine.
Categories: Collier’s Weekly, Give Pgh