The cafe plays heavily into the idea of a “third space,” defined as a place for meaningful socialization that isn’t one’s home or workplace. 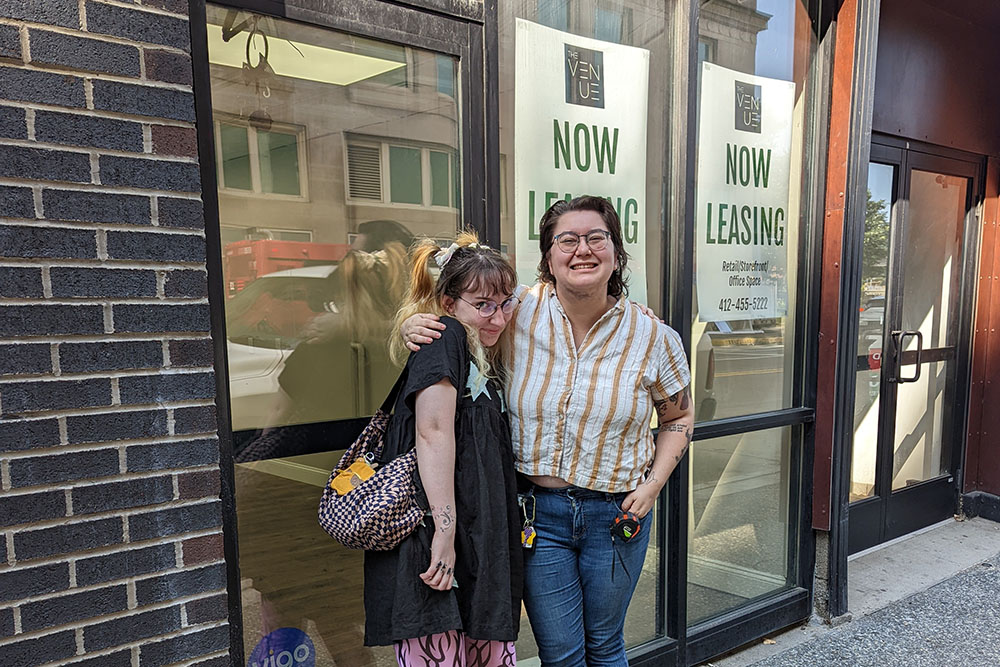 Pittsburgh is getting a new cafe — and this one comes with bunnies.

Bex Tasker, originally from Venango County, moved to Pittsburgh in 2014. The idea for Hop Along Cafe, they say, stems from the desire to build a welcoming space that educates folks on rabbit care and demonstrates a healthy environment for the critters.

“I’ve always wanted to build a space that is welcoming to my community,” says Tasker, referring to the LGBTQ+ community. “I’ve worked in food service and political organizing my entire career, and the best part of both has been being able to bring people together, whether it’s over the perfect selection of coffee or toward working to elect someone or pass a ballot measure.”

They also add that the cafe will be both a sober space and a space that “does not shy away from explicit queerness and real inclusivity.”

The cafe plays heavily into the idea of a “third space,” defined as a place for meaningful socialization that isn’t one’s home or workplace. Pittsburgh doesn’t have many third places that aren’t bars or clubs, so Tasker hopes to fill that void with Hop Along Cafe — the first pet cafe with bunnies in the state.

It will also serve coffee by de Fer, Man Eating Tiger tea blends, hand-crafted non-alcoholic beverages from the Open Road Bar and a rotating menu of seasonal snacks. Additionally, the cafe will stock Chez Lapin Candles and art from myriad local artists. Tasker also plans to have a grocery selection, too, and the shop will be prepared to accept EBT benefits in a step toward equity.

“We get access to our space soon and plan to have a phased opening due to supply chain delays, construction requirements and the permitting process,” explains Tasker, who, along with general manager Nika Gill, has been working to secure the space for the last few months. They hope to open Hop Along Cafe for limited retail hours starting Sept. 20, with updates posted on the cafe’s social media channels.

“We plan to have coffee service by the end of October and then open our animal rooms in mid-November,” Tasker says, adding that they’re also planning a calendar of events for between now and then, including fashion shows, local concerts and art galleries at the venue.

Tasker and Gill launched a Kickstarter on Aug. 30 — and it has already been backed by more than 70 people and raised more than $5,000 of its $20,000 goal. The Kickstarter will provide some start-up capital for the project.

“Once we open we’ll be absolutely fine, but getting started is going to be the biggest hurdle for us to climb over,” Tasker wrote on the fundraiser’s campaign page.