In reaction to the invasion of Ukraine, the PLCB announced Sunday that it will no longer stock products that are made in Russia. 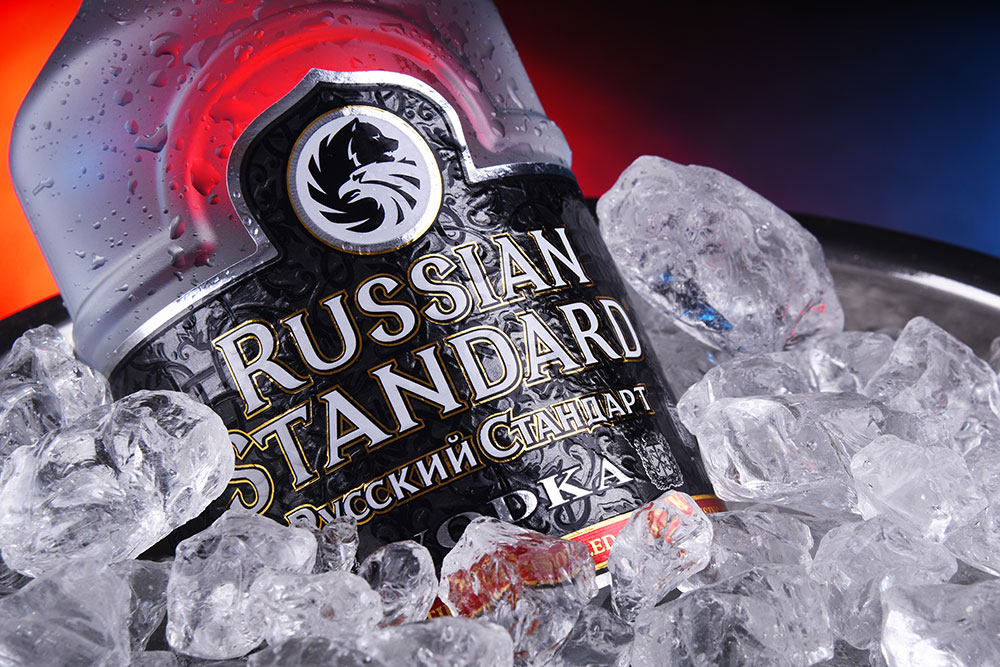 In a show of support for the people of Ukraine amid Russia’s escalating invasion, the Pennsylvania Liquor Control Board has pulled Russian-made products from the shelves at Fine Wine & Good Spirits stores across the Commonwealth.

Although some producers give their vodkas Russian-themed monikers and marketing because many consumers often associate vodka with Russia, few products carried by Fine Wine & Good Spirits are actually sourced from Russia. In fact, only two products are stocked in stores — Russian Standard and Ustianochka 80-proof vodkas — and about a half-dozen Special Order brands come from Russia.

“As of today, these products will no longer be sold or procured by the PLCB,” said Board Chairman Tim Holden in a press release on Sunday.” Given the evolving political-economic climate, it’s just the right thing to do.”

Products that use Russian-inspired branding but are not sourced from the country will not be restricted, the PCLB said in the release, “as doing so could unfairly and adversely impact those brands.”

Earlier on Sunday, Gov. Tom Wolf sent a letter to the Liquor Control Board, urging it to remove these liquors as quickly as possible.

“I have joined with leaders across the nation and across the world in condemning these attacks and expressing support for the people of Ukraine,” Wolf said in a statement. “I appreciate the board’s efforts to quickly identify Russian-sourced products currently being sold at Fine Wine & Good Spirits stores. I urge the board to take these further actions as a show of solidarity and support for the people of Ukraine, and an expression of our collective revulsion with the unprovoked actions of the Russian state.”

Russian forces have been met with fierce resistance from Ukrainian fighters, some soldiers in the country’s military, others conscripted into it and others yet citizens and community leaders who have taken up arms to counter the Russian offensive. Reporters on the ground in Ukraine have reported heavy shelling from all directions and bloody combat in the streets; as of Sunday, the Ukraine Interior Ministry said that 352 civilians have been killed since the invasion began late last week, including 14 children.

Multiple Western countries and NATO have spoken out against Russia’s invasion both with words and with actions through sweeping sanctions on Russia’s central bank. In a response to the sanctions and other “aggressive” actions from the West, Putin further escalated tensions by placing his nuclear forces on alert, the New York Times reported.

Ukraine, which regained its independence in 1991 after the dissolution of the Soviet Union, is also in the midst of a budding refugee crisis as many of its citizens — mostly women and children — attempt to flee from the war.

The U.S. has also given $54 million in humanitarian assistance to those affected. This funding includes nearly $26 million from the Department of State and $28 million from the U.S. Agency for International Development.