Try it on draft this weekend at the brewery’s Oktoberfest celebration. 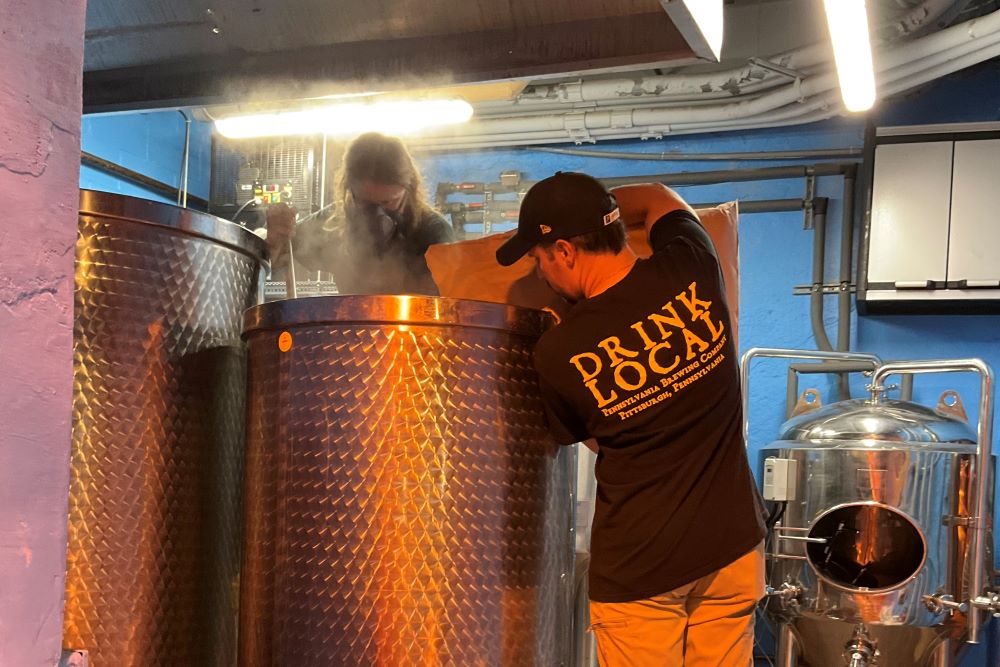 Raise a pint to Riverview Park! The 259-acre North Side greenspace now has its own limited-edition, charity beer.

Penn Brewery, which has called the neighborhood home since 1989, joined forces with marketing agency Pipitone Group and the Northside Chamber of Commerce to create 10 barrels of Riverview Pale Ale and raise funds for the park.

The 5% ABV beer has notes of stone fruit, melon, lemon peel and a hint of haziness. It will be available on draft at Penn Brewery’s Oktoberfest celebration Sept. 16-18 while supplies last.

Each location agreed to put out donation jars and give up to a recommended 30% of RPA sales to Friends of Riverview Park, a volunteer-run group that helps keep the area thriving. Organizers are hoping to raise $10,000 for improvements to the park nestled between Perrysville Avenue, Woods Run and Marshall Avenue. You can also contribute to the cause through a GoFundMe page.

“They wanted a nice, easy-drinking pale ale with some notes of lemon and a slight haze characteristic,” he explains. “I built the brew using a basic pale ale recipe, two-row and caramel malts, added some flaked wheat to give the beer some extra body and haze and finished it off with El Dorado hops to make it fruit-forward in flavor and balance out the sweetness of the malts and lemon peel.”

To help support the sale of RPA, Pipitone designed the logo and branding for the beer, which was inspired by an old Riverview Park map and Allegheny Observatory. The 30-year-old company also donated branded tap toppers, table tents, beer glasses and 32-ounce howlers to the sites selling the suds.

The howlers will be available for purchase on Saturday, Sept. 17 at Oktoberfest and Sunday, Oct. 2, RP Day at Riverview Park. In addition to the landmark observatory, the heavily wooded park includes a visitor’s center, pool, playground, ball fields, shelters and the two-mile Riverview Loop.

The Chapel Shelter, a historic picnic shelter that was once a Presbyterian church, was restored by the Pittsburgh Parks Conservancy in 2008. Restoration of the building and the surrounding landscape included creation of a new trail, plantings of numerous native trees and shrubs and clearing invasive species. Donations to the park are always needed as future plans include restoring the historic Watson’s Cabin and continuing restoration of the Snyder’s Point natural area.

“Riverview Park is the anchor green space in our community,” says Scott Pipitone, president and CEO of Pipitone Group and co-chair of the Northside Chamber of Commerce board of directors. “Every year the Pipitone team volunteers to clean up the park and this year we wanted our contribution to be even bigger.”