Pittsburgh employers are banding together once again to show college students and recent grads what life in the Steel City offers to young professionals. 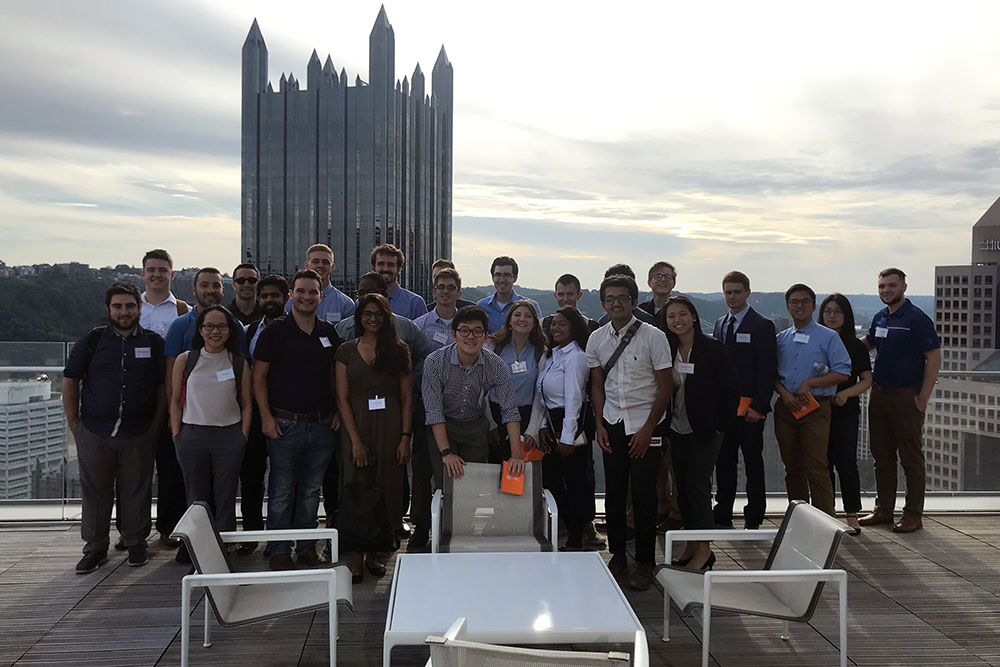 Sent from Out For Undergrad, the newsletter contained information about Allegheny Conference on Community Development’s Pittsburgh Passport, a series of professional networking and recreational events designed to show college students across the world what Pittsburgh has to offer. Now Allybose is moving to the Steel City for the first time, sight unseen, this week after securing an analyst position with PNC’s institutional asset management group.

This year’s Pittsburgh Passport, which kicked off on June 10, marks the third year that regional companies have banded together to encourage college students to pursue careers in Pittsburgh.

“Everyone is trying to find diverse talent and our college students are among the most diverse populations that we have,” says Alison Treaster, Allegheny Conference on Community Development’s senior director of talent. “We really see this as a tool that we can use to help companies locally find diverse talent, engage with them early and then hire them after graduation.”

Treaster says the program began in 2019 upon the realization that 40,000 students in the region graduate college every year, but 50 percent relocate to other cities.

“Between focus groups and surveys, we found that students were largely leaving because they didn’t know what opportunities were here,” Treaster says. “The Passport was really built to create an immersive experience to show people what Pittsburgh would be like and how they can live, work and play in the region after graduation.”

Initially, the program’s goal was to retain the thousands of students who intern at Pittsburgh companies the summer after they graduate — PNC alone, for instance, hires about 450 interns each year from across the country. But when the pandemic forced Pittsburgh Passport to operate completely virtually last year, Treaster says the program opened to all college students and recent graduates.

This allowed Allybose, despite living in New York City, to attend private networking events with Pittsburgh employers and place first in the Passport’s social justice case competition, where he and two other students developed an interactive platform to promote anti-racism within institutions.

“That [case competition] was actually where I got more involved and really got stimulated and started thinking about Pittsburgh as a potential place to live after I graduate from college,” Allybose says.

Still open to all college students and recent graduates, this year’s program includes a mix of in-person and virtual events, such as a tech talk with Argo AI, a free outdoor yoga class and dinner hosted by Dick’s Sporting Goods and a conversation about corporate responsibility with PNC President and CEO Bill Demchak. Other sponsors involved this year include American Eagle Outfitters, BNY Mellon, PwC, Highmark, UPMC, The Andy Warhol Museum, EY, Bosch, #1 Cochran, Matthews International, Evoqua and the Pittsburgh Penguins.

While the Passport program provides dozens of employers with opportunities to connect with students, Treaster says the goal is not for companies to compete, but to collaborate.

“If one of the PNC interns decides to take a job at an autonomous vehicle company but they stay in Pittsburgh, that’s a win for the region,” Treaster says. “[Pittsburgh Passport] really became this collaborative effort to engage students, to show them opportunities and to promote Pittsburgh at scale, because we knew that that would be the best solution for the region.”

“No one else is doing this,” he says. “A region thinking about talent collaboratively is a bit unconventional because typically it’s seen as a really competitive landscape.”

Allybose, who picked up on Pittsburgh’s collaborative culture, says he was looking to leave New York for a city with a more suburban feel. It was the conversations he had through Pittsburgh Passport, as well as the city’s emphasis on technology, that convinced him to consider Pittsburgh.

“[Pittsburgh Passport] definitely does market Pittsburgh as a community that’s moving away from its industrial past to a technological future,” Allybose says. “Having that start-up feel to it — I think it’s something that a younger generation is probably looking for.”