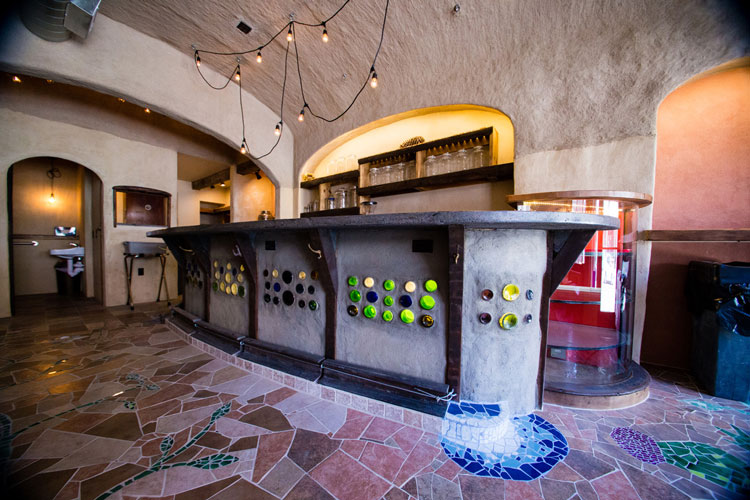 Jack Ball and Brett Boys became friends when they were toddlers. Four decades later, when Ball moved back to Pittsburgh to recover from a battle with cancer, he even moved into the extra apartment in Boys’ Penn Avenue building. There, the two began brainstorming about what to do with the vacant storefront downstairs. “We wanted to do something with the building that would add value to the neighborhood,” Ball says.

“I had a bunch of different ideas about what to do,” says Boys, who even toyed with the idea of opening a store that sold utilikilts. That concept never came to maturity.

Instead, after about two years of conceptualizing and construction, their Bantha Tea Bar opened last week. It’s not so much the selection of tea that makes this place special but rather its status as the first-ever permaculture-built tea bar in the city.

Permaculture — loosely defined as permanent culture or permanent agriculture — typically is a design principal that’s applied to farms and homesteads. Boys, who took legendary Pittsburgh permaculturalist Darrell Fry’s class in 2011, thought it could also be useful when building a business.

They hired the permaculture-focused collective Fourth River Workers Guild to do the buildout. 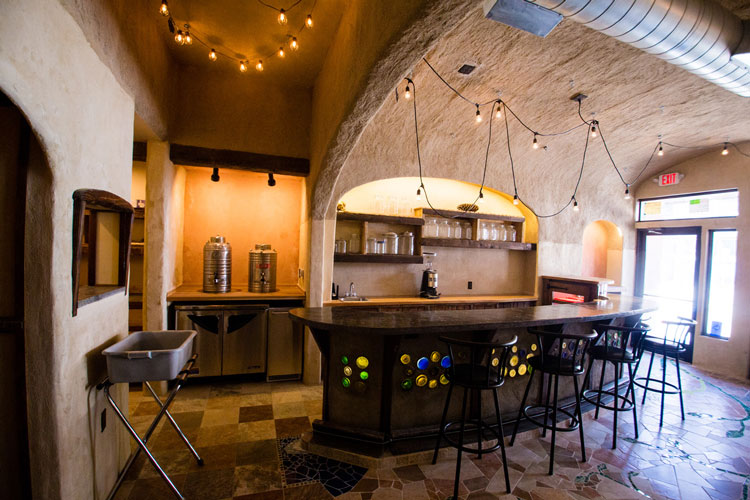 The walls are cob, an ancient building material that combines soil, sand, straw and water to form a strong, super-insulated wall structure (here, it’s reinforced with diamond mesh lath). Solar panels on the roof should provide much of the power supply for the shop.

Nearly everything else in the building is reclaimed or recycled. Footrests are from old railroad tracks and cabinets from leftover materials from another Fourth River project. Recycled glass adds vibrancy to the tile and mosaic floor that Boys designed and built. There’s a table, coffee grinder and pastry display case from former neighborhood fixture Quiet Storm. That pastry case is filled with locally baked goods from Get Mo Muffins, Sweet Little Eats and Prohibition Pastries.

So about the tea.

“We just like tea. We’re not tea snobs or anything,” says Ball.

They’re doing a pretty good job for not being tea snobs. The current selection isn’t as deep as the fabulous Dobra Tea in Squirrel Hill, but it’s solid. There are herbal teas from local farmers Healcrest Urban Farm (Garfield) and Cutting Root (grown in Butler County), plus a selection of black teas from Three Rivers Tea — importers of organic Chinese teas grown on small family plots — and from Prestogeorge in the Strip. 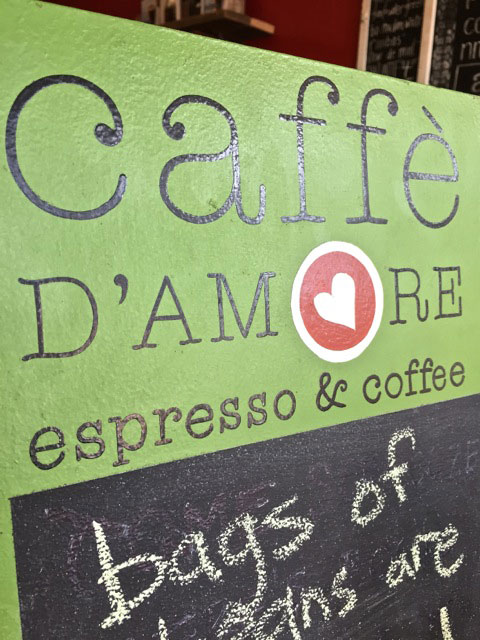 Another community gathering place just soft-opened in Upper Lawrenceville, where Caffe d’Amore, the 3-year-old coffee business from Sarah Walsh, debuted its first brick-and-mortar shop. The sustainably minded coffee brewers already have a shop in the Pittsburgh Public Market, cater private events, briefly managed that coffee bar at Marty’s Market and even did a two-month popup at the lingerie store Calligramme.

“Our sourcing is really important for us. We have a lot of fun searching for really good beans that are also direct trade. There isn’t that much overlap in those two categories, so it takes some homework,” Walsh says.

Lately, that means getting beans from Deeper Roots Coffee (Cincinnati, Ohio) and Tanager Coffee (Portland, Ore.). The emphasis on sourcing goes beyond the coffee, too. Walsh is serving maple syrup from Hurry Hill Maple Farm in Edinboro and milk from Pasture Maid Creamery in New Castle.

Walsh says that she’s still figuring out the best hours for the shop and that she’s aiming to be responsive to the needs of the neighborhood. Currently, the shop will open at 7 a.m. weekdays and stay open till 7 p.m., except on Mondays, when the shop will close in early afternoon; weekend hours right now are 8 a.m.-7 p.m. 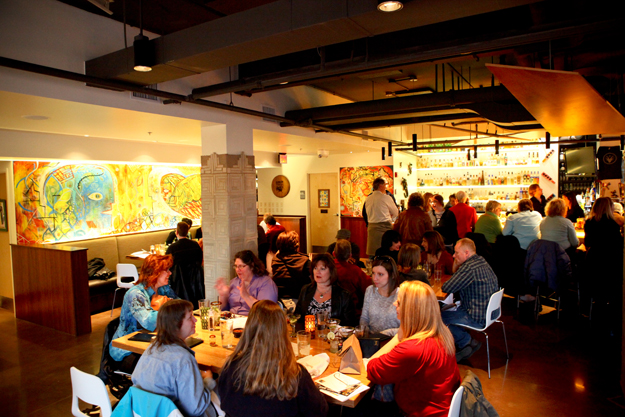 Jeff Catalina, co-owner of the nearly 4-year-old Verde Mexican Kitchen & Cantina, announced this week that his Garfield restaurant will close on Sept. 26, with lunch service stopping immediately. “I’m very proud that we were part of the wave of new restaurants and bars over the last few years,” he says.

“The bar has been raised in the city. There are a lot of great concepts out there,” he adds.

Catalina says that he’s been brainstorming new concepts for the space and expects that within a month or so of Verde’s closing, his new concept should open. Stay tuned.