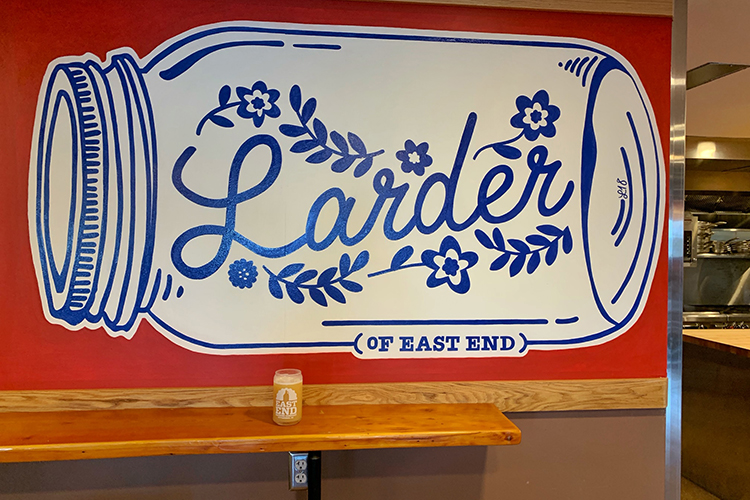 Larder of East End, Justin Severino and Hilary Prescott Severino’s latest restaurant, is set to open inside East End Brewing Company’s Larimar brewpub on July 5. The 85-seat, counter-service eatery will operate in the same space as the beloved Pittsburgh brewery but is a separate business.

“Justin and I have known each other for maybe eight years. On and off during that time, we’ve been threatening to bring food and beer together in a more casual setting than he typically operates in,” says East End owner Scott Smith.

Severino says that Larder marks a sharp departure from his work at Cure, which closed in March. There, of-the-moment American cuisine was matched with more formal points of service than found at most Pittsburgh restaurants. “Cure was at one point the thing I was most passionate about — that style of food, that style of service. I’m really proud of what we did. And I never want to do that again. I don’t mean that in a negative way at all. It’s just not the food I want to cook,” he says.

To that end, the opening menu at Larder, which day-to-day will be overseen by Kevin Hermann, formerly of Cure and The Porch at Schenley, tilts significantly more casual. “I’m excited about taking things away and leaving what should be on the plate,” he says. 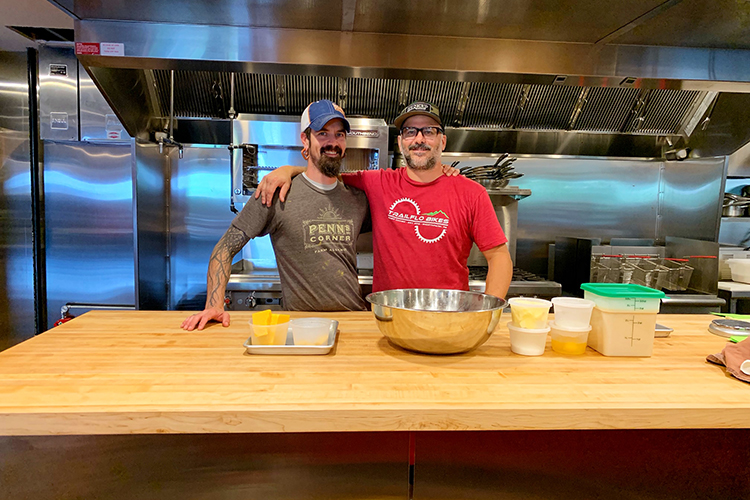 That’s not to say that Severino isn’t planning to spiff things up a bit.

Chicken wings, a fixture on the menu, will be smoked over maple wood. Then, they’ll be deep fried prior to being finished Buffalo-style with Frank’s Red Hot and butter or dipped in apricot-steeped honey, coated in za’atar and served with cumin yogurt. Mussels, steamed in East End’s Big Hop (the brewery’s celebrated beers are components of several menu items) and a compound butter of tarragon and lemon, is another dish designed to be served as a companion to a cold brew. Severino says the menu is peppered with vegetarian and vegan offerings, too. In addition to lighter options such as beefsteak tomatoes with avocado, chow chow and toasted sunflower seeds and falafel with cucumber yogurt and pickled radish, Severino pays homage to his Ohio roots with Jo Jo potatoes served with smoked blue cheese and horseradish honey. There also is a kid’s menu with scratch-made items such as chicken tenders.

Severino says the restaurant’s Southern Pride smoker is going to get heavy play, especially as he and his crew, which primarily come from Cure and Morcilla (also is owned by Severino and Prescott Severino), settle into the rhythm of the space. He’s looking to one of his culinary collaborators, Elliott Moss of Buxton Hall Barbecue in Asheville, for inspiration; on the opening menu is “Buxton Hall Barbecue platter,” featuring whole hog smoked over cherry wood served with braised greens and baked beans (black-eyed peas, pinto and lima beans cooked in the smoker) and cornbread. 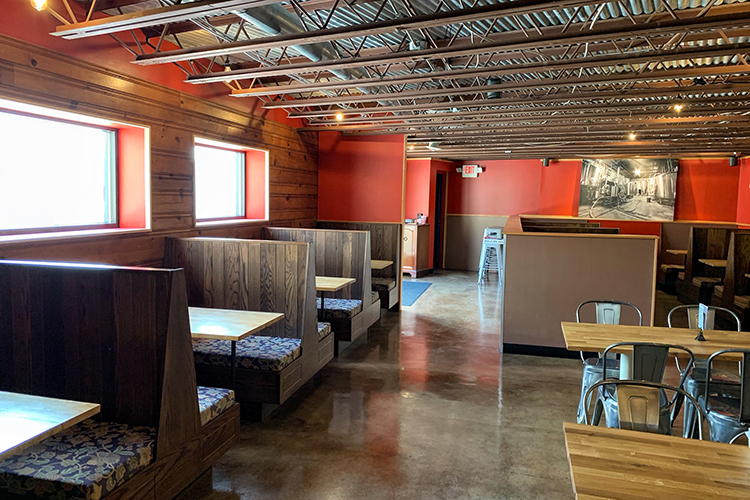 Severino also oversaw a significant rehabilitation of the brewpub’s interior. There are new booths and tables, a fresh coat of paint and wood-slat accenting on the walls, and, most significantly, two new windows to brighten up the space. The courtyard received an upgrade of picnic tables, planters and sunshades, too.

For Smith, Larder’s opening marks the end of a long journey for the brewery. “People have been asking ‘When are you going to open a restaurant?’ since we opened this space [in 2004]. Slow and steady has always been our approach. Our focus is on brewing beer. And our patience has paid off. The timing is right for us. The timing is right for Justin and Hilary,” he says.