One of the 'Burgh's Top Restaurants Lures New Chef 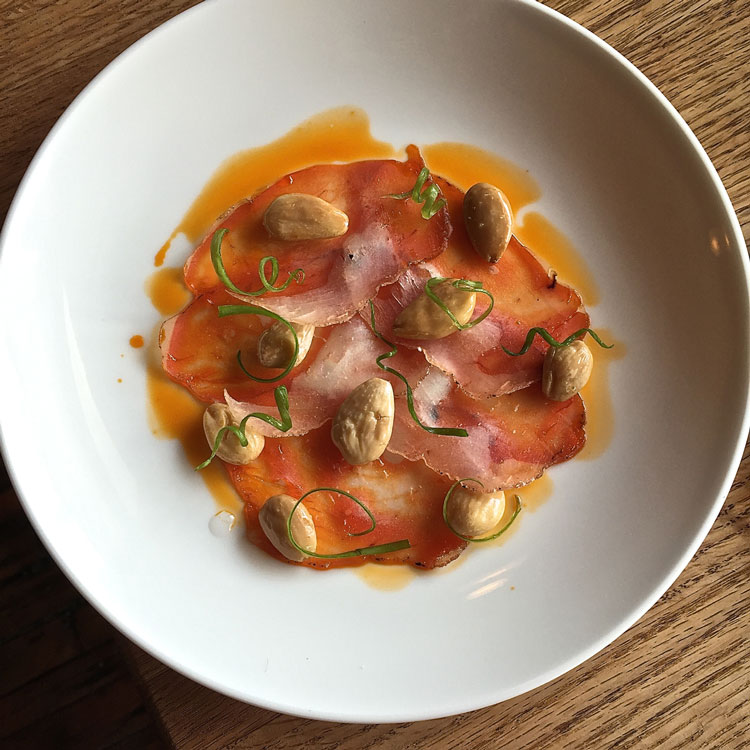 There are a few developments to report at Cure in Upper Lawrenceville.

Aaron Hoskins was introduced yesterday as the restaurant’s incoming chef de cuisine. Hoskins, 29, comes to Pittsburgh from Richmond, Va., where he currently is executive chef of The Rogue Gentlemen.

“I wasn’t looking to leave, but how can you say no to an offer like this? Justin [Severino, owner of Cure,] is someone who I really looked up to. I was already following what he was doing,” says the Cincinnati native.

The two chefs met when Hoskins visited Pittsburgh last November as a guest chef in Severino’s Cure’ated dinner series. “Everything just gelled really well that night. Justin and I share a lot of the same ideas and perspectives on food,” Hoskins says.

Current chef de cuisine Nate Hobart, whom I profiled in the April issue, will move to Lower Lawrenceville as the opening chef de cuisine at Severino’s new restaurant, Morcilla, when it opens later this summer.

In the meantime, Hoskins says he plans on rotating through the various stations in the kitchen to get a feel for how the restaurant operates.

“It’s going to remain a collaboration,” he says. “Obviously I’ll add my own touches to the menu, but Justin has a very clear idea of what Cure should be. It’s always going to be his Cure.” 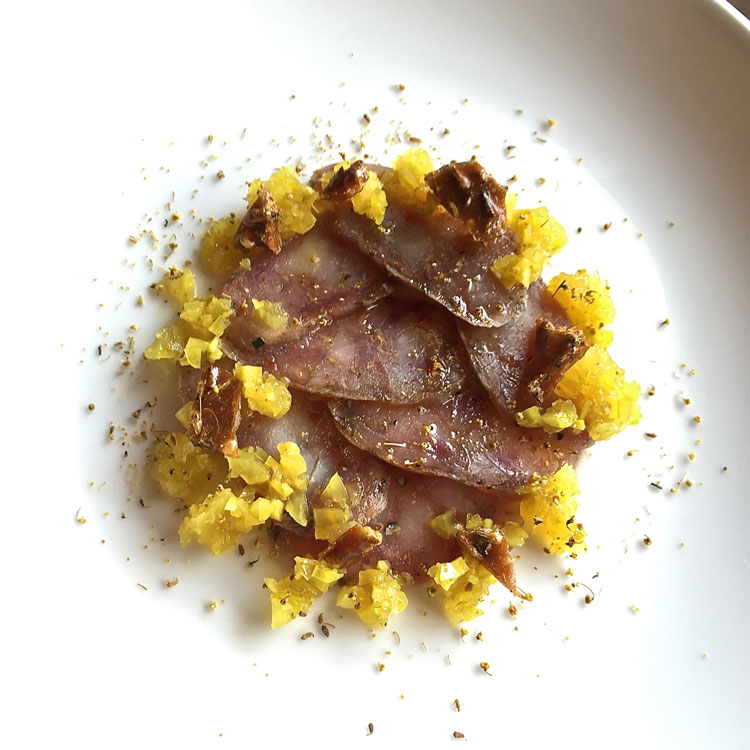 If the idea of seafood charcuterie is new to you, Severino’s swordfish finocchiona is an excellent place to start. The marriage of the dense white fish with fennel-laced spices mingles familiar flavors of Tuscan salami with hints of fish and fat.

Tuna mojama is a more traditional presentation of preserved fish. Severino says that he fell in love with the salt-cured tuna while traveling in Spain to prepare for the opening of Morcilla. At Cure, the tuna is shaved wafer-thin — it melts into sea brine when it touches your tongue — and served with chili oil and Marcona almonds. 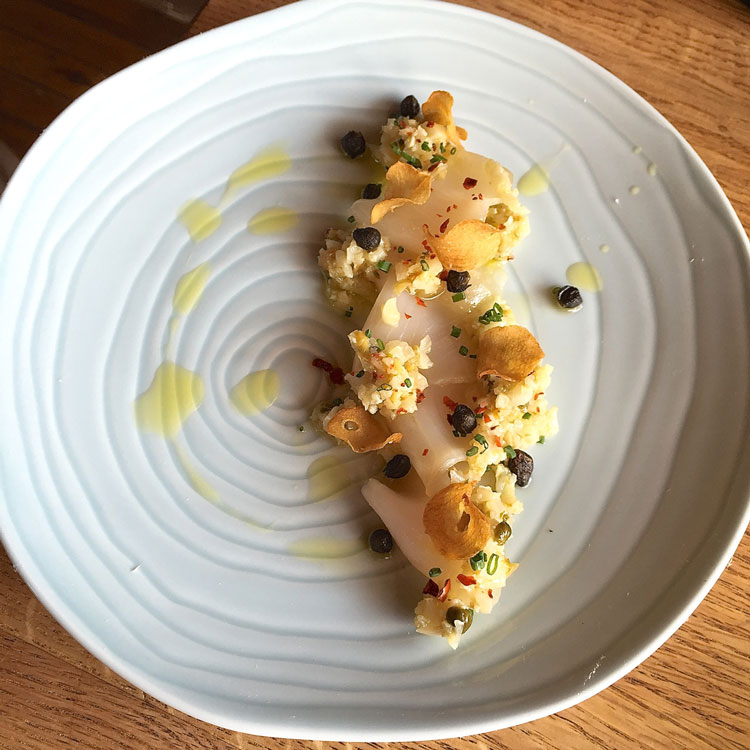 “I’ve seen cured fish on menus before. However, I’ve never been to a place that had a section on the menu that focused entirely on European curing techniques but using seafood,” says Severino, adding, “I love what this adds to the depth of our menu.”