One Life at a Time: Light of Life Expands 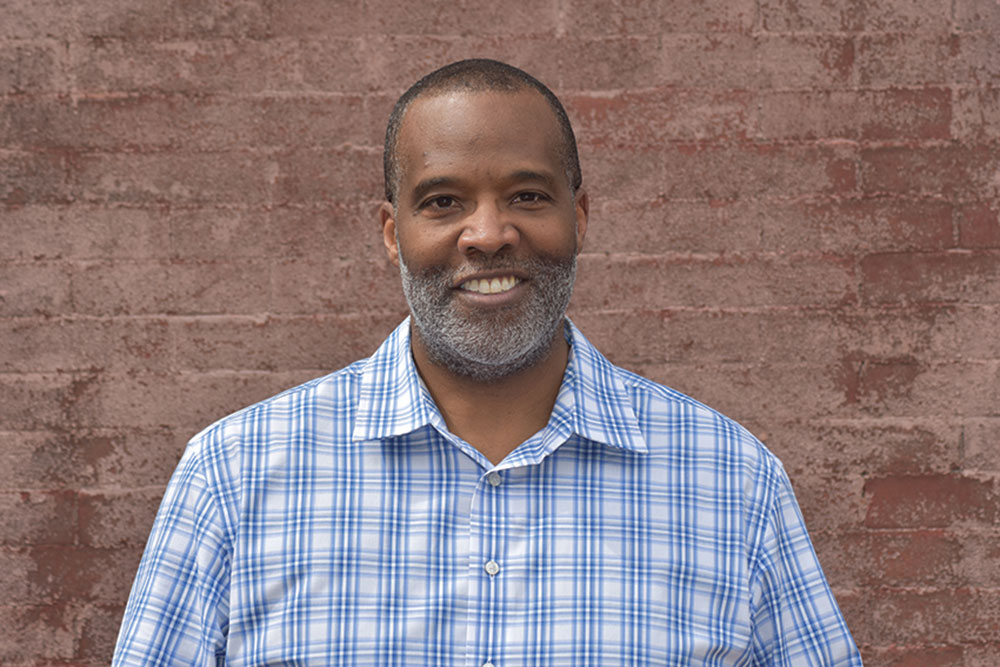 The images would appear under the question, “Which person is homeless?”

The answer, says Gilliam, could be any one of them.

The recently appointed executive director of Light of Life Rescue Mission says he’d use the poster to combat the biggest challenge facing the organization: a prevailing misperception of what homelessness actually looks like.

“The face of homelessness is changing,” says Gilliam, who assumed his role in May. “The opioid epidemic has impacted every sector and community. The homeless person or the addicted person can be like me, like you, like our sons or daughters, even our parents. All of us are touched by it in some way, and all of us can have a part in the solution as well.” 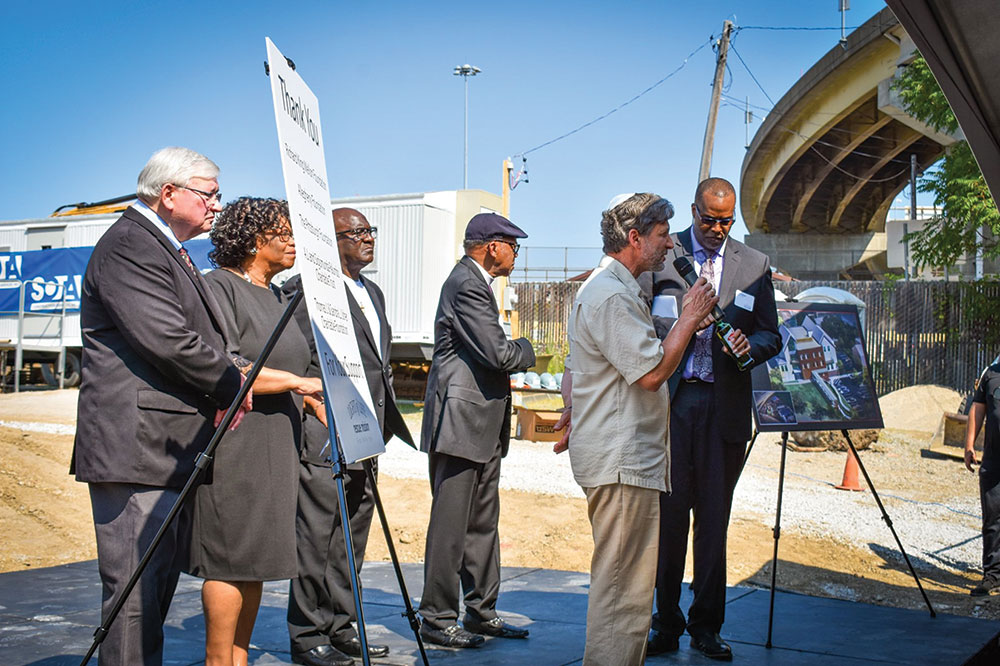 For nearly seven decades, the Christian nonprofit has worked to help Pittsburgh’s poor and homeless men, women and children by providing food and shelter, substance addiction recovery programs, education, outreach and more. Former Light of Life Executive Director Craig Schweiger, who held the role since 2011, was promoted to CEO.

The organization’s ability to impact change at the individual level is what drew Gilliam to serve in a variety of ways prior to his current position, including as a volunteer, program coordinator, program officer, director of programs and director of discipleship.

Gilliam, a Bethel Park native who now lives in Forest Hills with his wife, Shannah, was working as a paramedic in the Hill District in the ’80s when he realized he wanted to address underlying problems that can ripple through the community before they started.

“I ended up deciding it’s really about seeing the hearts of people changed,” he says. “It’s one life at a time, one heart at a time. That steered me into the faith-based social service sector, and I have a lifetime commitment to be involved in urban reclamation of communities. Light of Life was a natural spot for me.”

Gilliam has held positions as pastor at Covenant Church of Pittsburgh and lead pastor of Shiloh Church in South Park, where his parents also served as pastors. He’s served as president of Mosaic Sound providing consulting services for churches and faith-based organizations for the past 14 years. 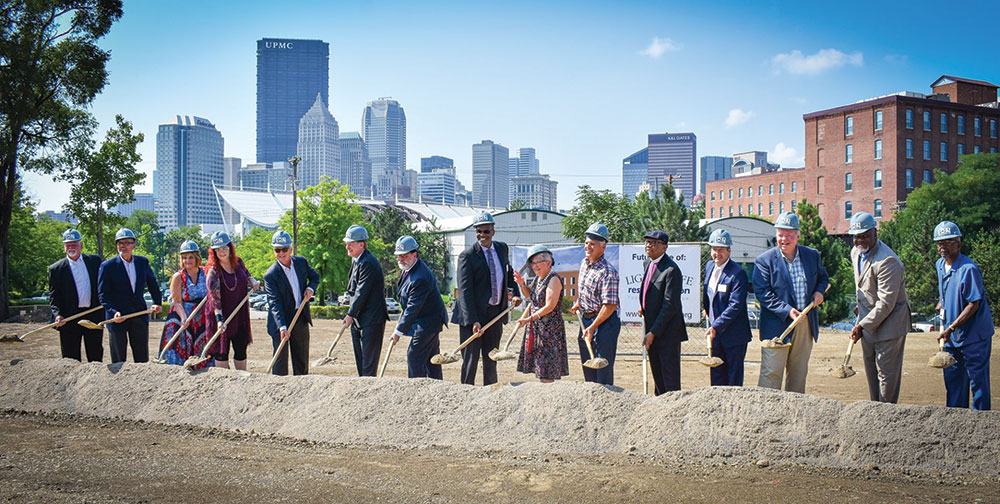 Gilliam has taken the helm at a pivotal time for Light of Life. The organization has launched a  building campaign that will result in services relocating to two sites on the North Side — a new facility at 234 Voeghtly St., now under construction, and a building at 635 Ridge Place, to be renovated in the next year.

Light of Life currently has three buildings on the North Side. Staff has been maximizing space at its main location on North Avenue since 1979.

“It’s a historic time for the mission, and we couldn’t be more excited,” says Doug Smith, director of development. “Our kitchen manager goes down to the new site almost daily to check on the progress, he’s so excited. As a staff, we’re honored that we get to be a part of this time in Light of Life’s history.” 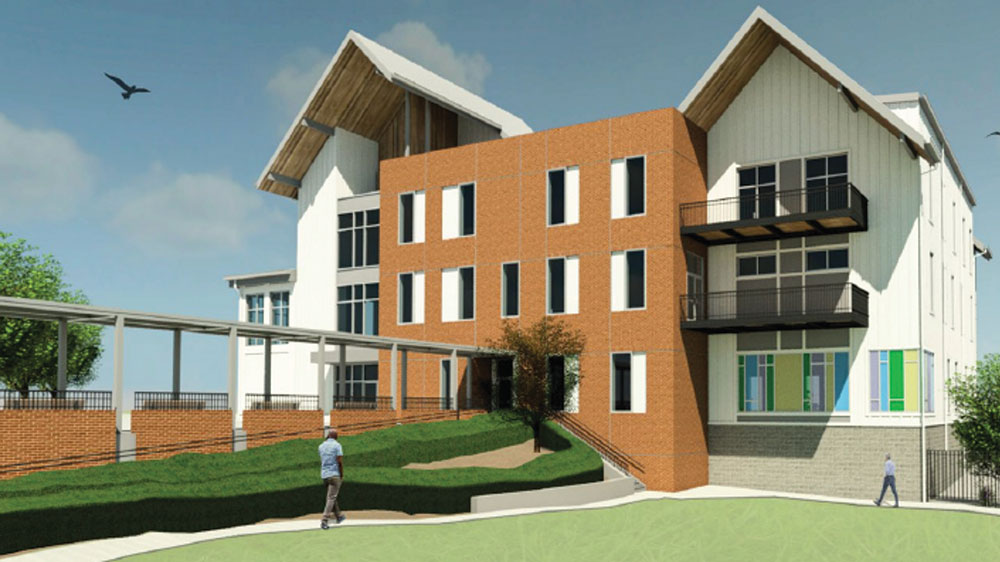 A RENDERING OF THE VOEGHTLY STREET FACILITY, EXPECTED TO OPEN IN SEPTEMBER 2020.

The Voeghtly Street location, expected to open next September, will feature a dining facility with seating for 88, a chapel, a short-stay program, a new drop-in center and offices where organizations Light of Life partners with can meet with clients. In addition to a men’s shelter, a service Light of Life has long offered, the facility will house a new shelter for women and children.

The Ridge Place property will house men’s long-term programming, women and children day programming, a donation center, a limited number of emergency beds and a kitchen. Staff plans to be in by 2022.

As Light of Life looks toward a future of expanded space and services, in addition to financial support, the biggest need is volunteers, says Smith.

“What we’re really looking for with volunteers is people to use their gifts and passions to make a difference at the mission.”