On the Trail of the Whiskey Rebellion

While the trail is centered around the history of rye whiskey making in the region, it also offers tourists the opportunity to see the modern boom of craft distilling. 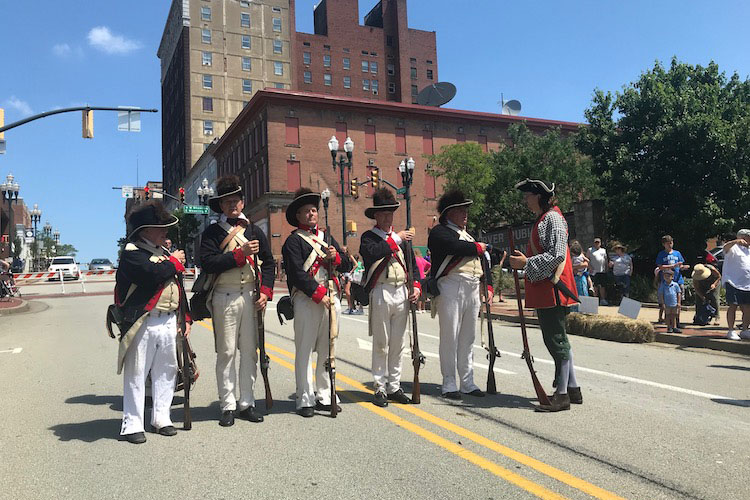 Steps from the 18th-century home of David Bradford, one of the leaders of the 1794 Whiskey Rebellion, two Whiskey Rebellion Festival reenactors prepared for the noon gun duel over the excise tax placed on whiskey stills. Every July, the city of Washington, home to the Bradford House Museum, throws a four-day festival celebrating the uprising against the 1791 Whiskey Excise Tax. The history of whiskey-making and the early pioneers of this country is still very much alive in Washington and I, along with a half dozen other journalists, was traveling the newly-launched Whiskey Rebellion Trail to see how the region had played a part in bringing whiskey to the American masses.

The trail is the brainchild of Meredith Meyer Grelli, co-owner of Wigle Whiskey and chair of the Whiskey Rebellion Trail. The launch took three years of collaborative effort between tourism groups, state governments, museum and distilleries. It connects Pittsburgh, Washington, D.C., Baltimore, Philadelphia and the small towns and rural areas in between, leading tourists through more than 75 distilleries and cultural sites. The trail is broken down into four-part regional stories— The Order, The March, The Rebellion and The Finale — following the federal government’s movements to quell the uprising in the Pittsburgh area against the excise tax. 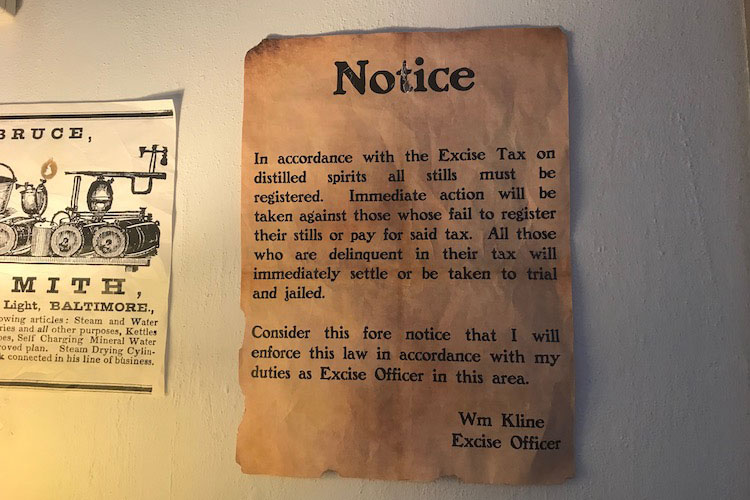 Levied by Congress, the tax was meant to help the young nation pay for the debt accrued during the Revolutionary War. Instead it inspired the first insurrection of the American people against their own government, when a group of western Pennsylvania farmers formed a small militia and attacked the tax collectors, prompting President George Washington to march more than 12,000 men across Pennsylvania to put down the rebellion.

Tourists can buy one- or three-day regional passes, 90-day passes or a pass for the entire trail, which is good for one year. These passes allow access and some special perks at the distilleries, museums and cultural sites along the trail. While the trail is centered around the history of rye whiskey making in the region, it also offers tourists the opportunity to see the modern boom of craft distilling. Many of the distilleries I visited are tiny operations started by people with a passion for distilling and entrepreneurship. One of the first stops in the Pittsburgh area is Quantum Spirits, a small bar and distillery nestled on Carnegie’s Main Street. A memorable stop in Philadelphia was Red Brick Craft Distillery, a four-seat tasting room and distillery, where the distiller is making a black birch spirit from birch and botanicals he forages himself. 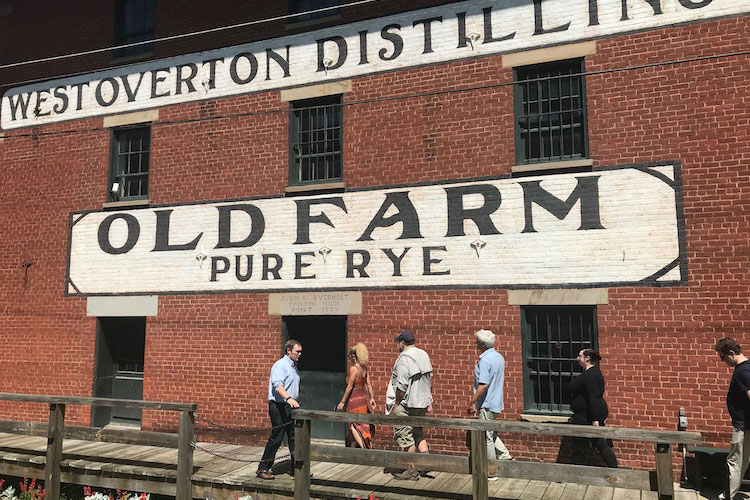 Visited in rapid succession, the connection between the historical context of whiskey-making at places such as Mount Vernon — once one of the country’s most productive distilleries — and the modern distilling happening in places such as Washington, D.C.’s Ivy City, is apparent. Many of the methods that were used in distillation in the late 1700s are still used today, making every sip of whiskey like a small historical journey. At Mount Vernon, the distillery even uses Washington’s original recipe for white whiskey, which won a silver medal at the American Craft Spirits Awards in 2019, more than 200 years after it first started running off the stills.

The story that the trail endeavors to tell about whiskey is familiar in the context of the wider American story of ingenuity and boot-strapping one’s way to success. Even as a skeptic, it’s difficult to leave the experience not feeling a little more patriotic and a lot more fortified on a few sips of whiskey.