Our intrepid restaurant critic travels with some of Pittsburgh's best culinary and bar pros who are looking for new ideas to bring home. 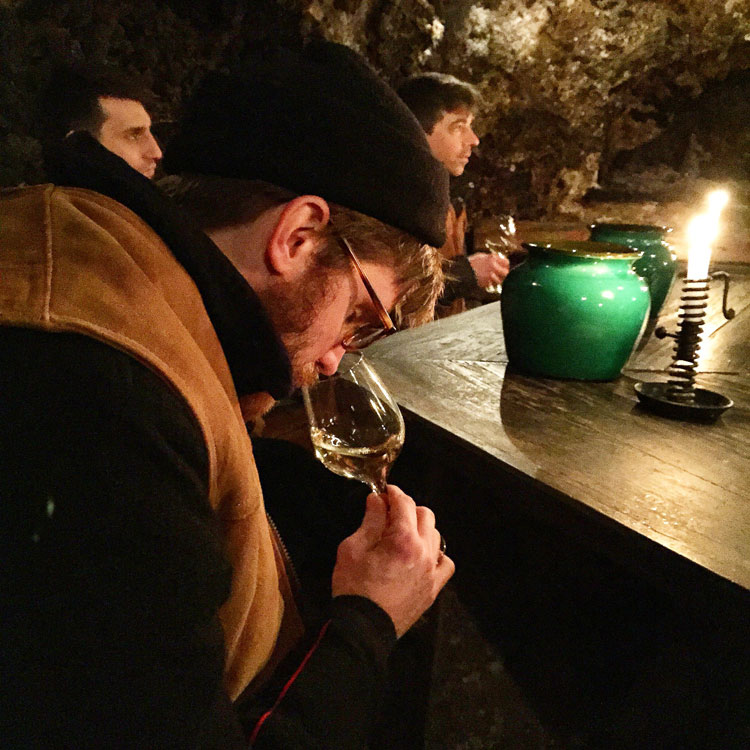 F or the past several days, I've had the pleasure of traveling in Hungary with Sean Rosenkrans of the Allegheny Wine Mixer (above) and Trevett Hooper and Darrion Bowen of Legume.

We all met here for various reasons, but our primary common link was the desire to see what a European city with a similar climate to Pittsburgh does for food and drink in the winter. I'll have more on Hooper and his experiences when he returns in a few weeks (he and Bowen are traveling on to Poland and Russia). This week it's time to focus on the drinks.

We visited two Ruin Bars: Szimpla Kert and Instant. Picture an abandoned building in Pittsburgh. Then fill the various floors of the building with a number of drinking and party spaces: dance party in one room, a wine bar in another, electronica in the basement, an art gallery in a hidden nook and so on.

"I loved the open spaces and the capacity to roam around. I think about these buildings with so much open space in Pittsburgh and how we could get a group of people together to make a place like this," Rosenkrans says.

We talked how to make a similar space work in Pittsburgh — with the large number of vacant, post-industrial buildings in Pittsburgh and idea like this makes a lot of sense — and although it seems like a challenge to fill a such a large venue nightly, I'd love to see some pop-ups like this happen.

"It was a reclamation of Soviet culture with a liberal freedom. You could do anything you want there," Rosenkrans says. 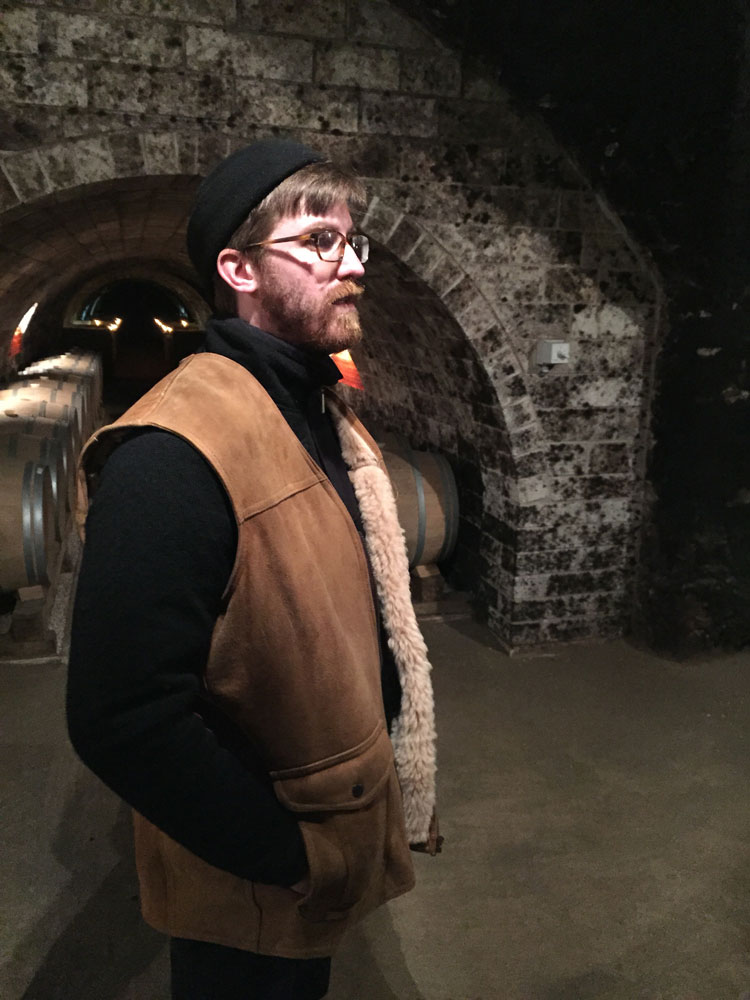 We also visited Budapest's top cocktail bar, Boutiq' Bar. The bartenders were garbed in the international craft-cocktail bartender dress code — vests and beards (a well-groomed beard has replaced a waxed mustache) — but overall the visit felt to both of us like a reinforcement of the excellence of Pittsburgh's craft-cocktail culture as opposed to a delightful new discovery. Rosenkrans was happy with his Inca, but my Vieux Carre was watery and lacked punch.

"They had a lot of London influence and basic skills, but it fell short. I liked the menu, but it wasn't executed well," he says.

Wine lists at all of the restaurants we went to in Budapest were exclusively (or very nearly so) made up of Hungarian wines.

"It was really reassuring to see the way that wine and culinary culture relates to each other. They made sense to the restaurant, instead of being a collection of bottles that someone thought was cool. It was reflective of the cuisine," Rosenkrans says. 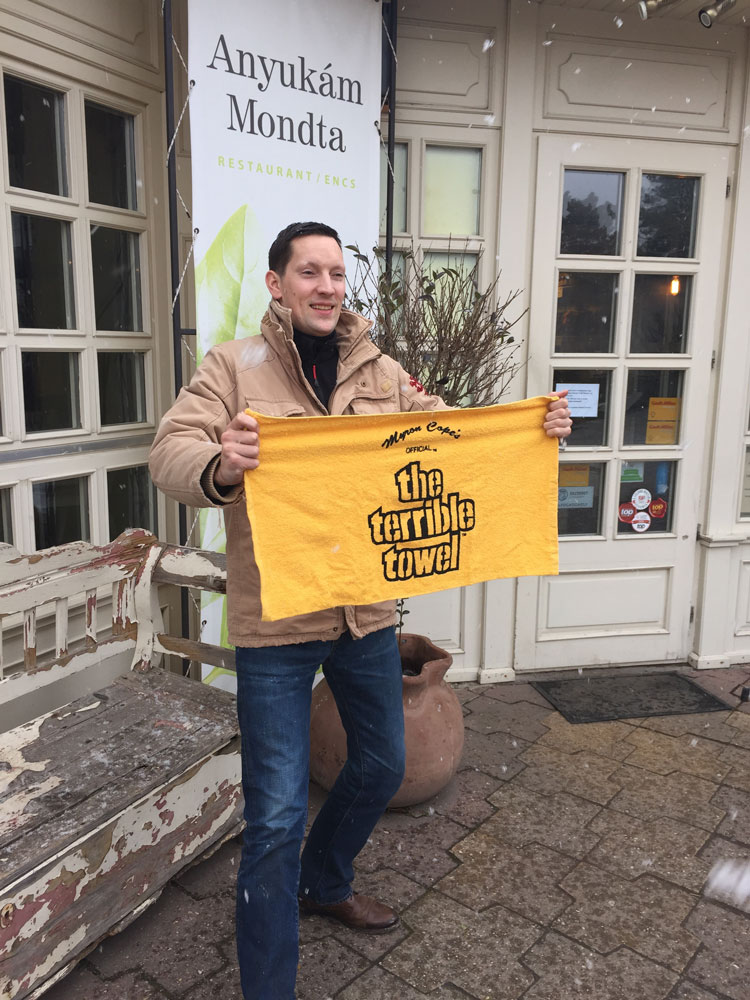 The little-known wines of Hungary were one of the primary prompts for Rosenkrans to take the trip. We traveled to the Tokaj wine region in western Hungary. It's one of the oldest wine regions in the world, but it’s also one that's gone through a reinvention since the fall of communism. We met a bunch of young winemakers, including one who has a background in biodynamic farming (Stefan Wille-Baumkauf of Pendits Abaujszanto, pictured above) and visited vineyards run by multinational wine companies.

For all of us on the trip, Tokaj was an eye- and palate-opening experience: We sampled a series of excellent wines in deep, candle-lit caves and a tasting room fit for mediaeval nobles at Tojai Oremus winery, and we tasted and chatted after a humble and memorable fish soup in the basement of Paulay Winery and Guesthouse.

"The most interesting thing [for me] was seeing the winemakers deal with dry Furmint [the primary grape of the region] as a reality. Seeing how they are experimenting with style to see where it fits in was very interesting. There are also a lot of indigenous varietals like Harslevelu that I'd never had before. Harslevelu is a beautiful grape; it's aromatic without being thin and boring," Rosenkrans says. 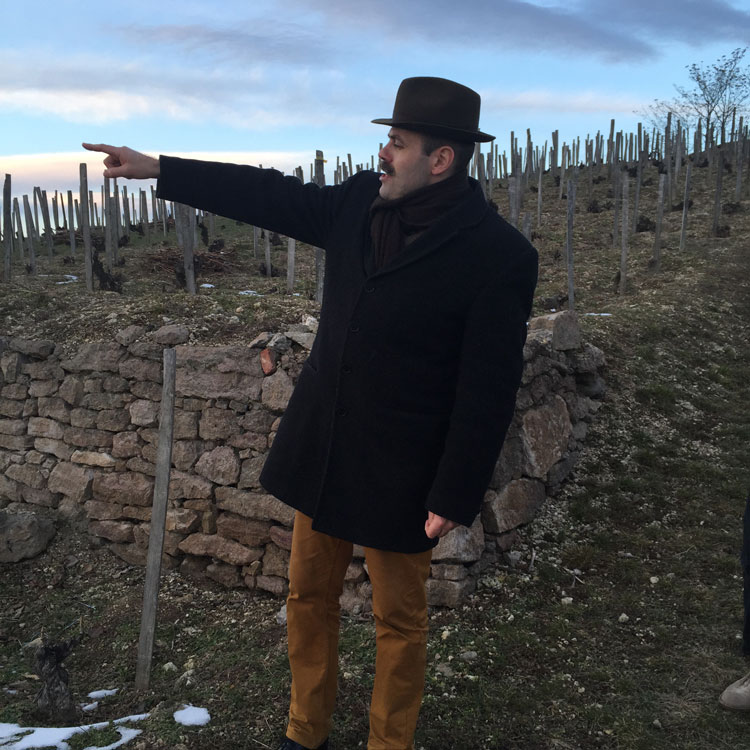 I loved tasting Aszu, a sweet yet acidic wine made from Furmint grapes infected with Botrytis, resulting in what's known as noble rot. The very best Aszu wines resonate in a way similar to Chateau Ykem — but at a much lower cost.

Finally, there was Essencia, a highly prized, low-alcohol wine made from the precious runoff of Botrytis grapes. It was one of the most magical things I've tasted in my life. Years ago I was in a movie called “Bottle Shock.” One of the characters quotes Galileo, saying, "Wine is sunlight, held together by water." I always thought the quote was a bit hokey and sentimental, but I know better now. I drank ambrosia.

Still, that doesn't quite capture it. Rosenkrans put it best when he said, "Flavor notes don't mean anything in that context. You can give lots of flavor notes to it, but it doesn't encapsulate the experience. Overexplaining it would be a decimation of the personal experience."

I'm looking forward to seeing how the trip affects Rosenkrans once he has a chance to fully digest it. If he's feeling at all like I am right now, I'm sure it'll take a few weeks to sort it all out.