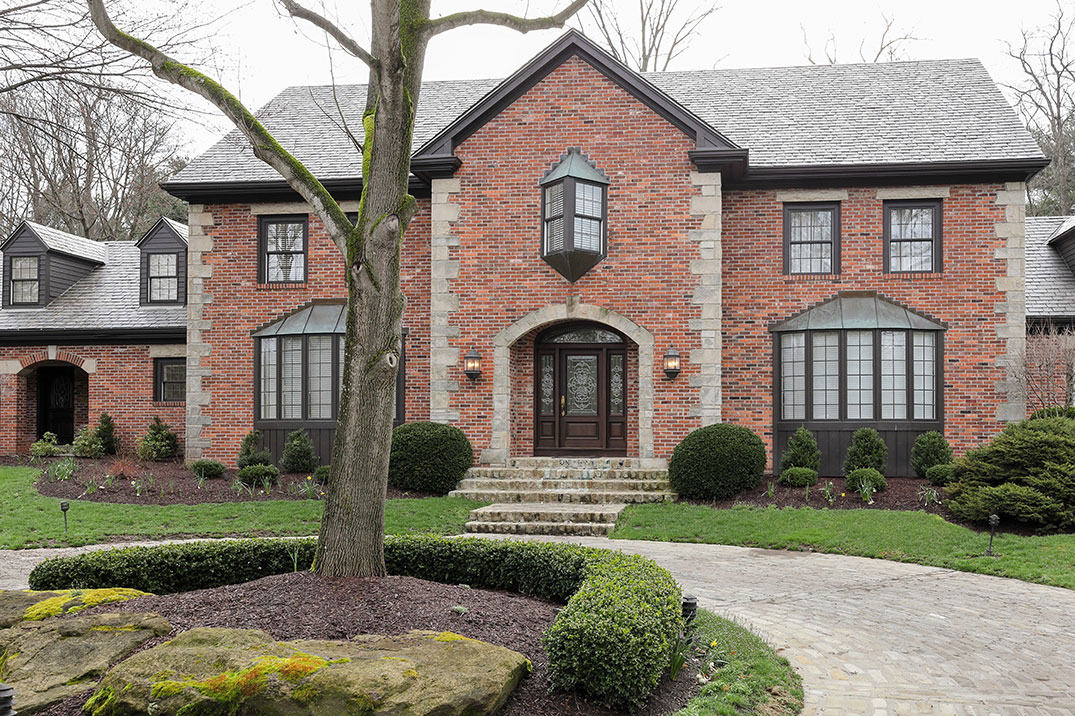 There are very few homes in the country that can compare to 15 Hunt Club Lane.

Located on a private road in Fox Chapel, the 9,000-square-foot home features five bedrooms, three full and three half-bathrooms. But that’s only part of the story.

The property has a bucolic location at the end of a single-lane road with only four other homes on it that abuts the 90-acre Heinz family estate, also known as Rosemont Farm. 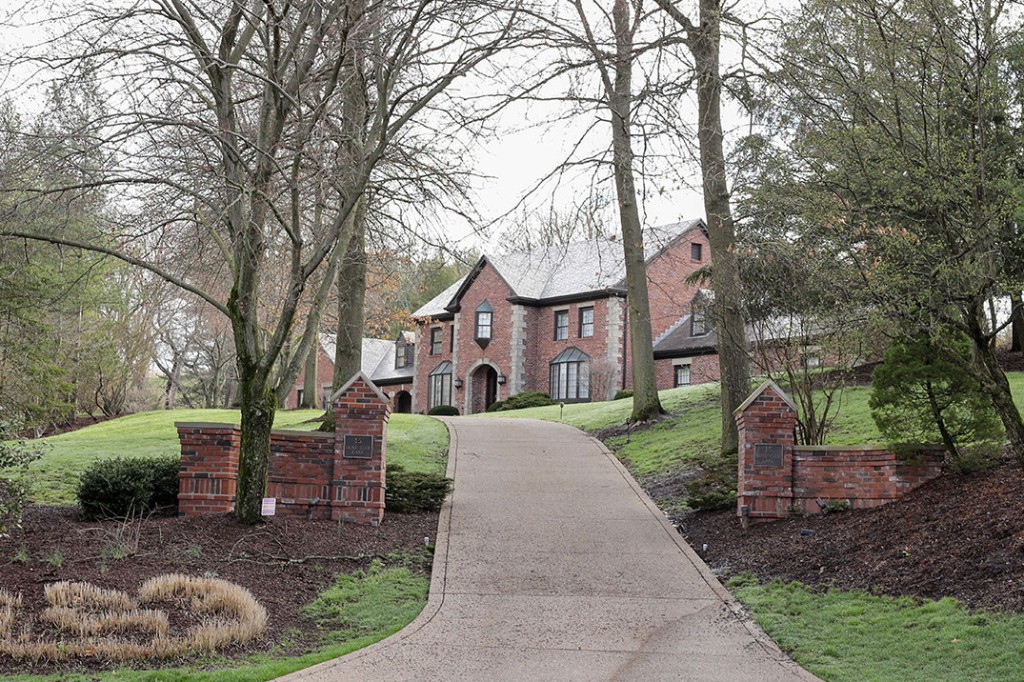 “When the land became available in 1986, there were three generations that owned enough land for four houses. I was fortunate enough to be able to get the first selection,” he recalls. “Montgomery & Rust had the exclusive rights to build all four homes on that land.” 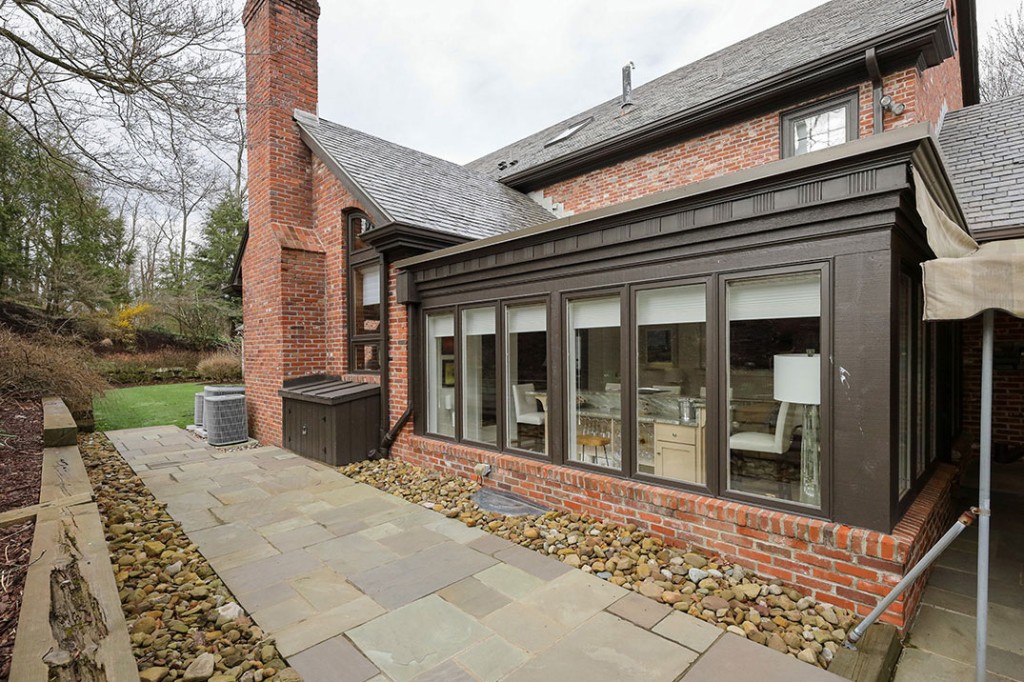 The company has many notable builds to its credit, including The Trillium in Fox Chapel and Summerset at Frick in Squirrel Hill. Wickerham says he and his late wife were able to purchase more than 3 acres to build their dream house, which included a first-floor primary suite and a heated, four-car garage

“We knew that is where we wanted to be,” he says. “When we originally built the house, Don Montgomery called it English Country.”

Wickerham found love again 10 years ago when he married his current wife, Marti. Together, the couple upgraded the home, with Wickerham taking on the exterior and Marti overseeing the interior.

“She has a good eye and did our home in Florida,” Wickerham says. 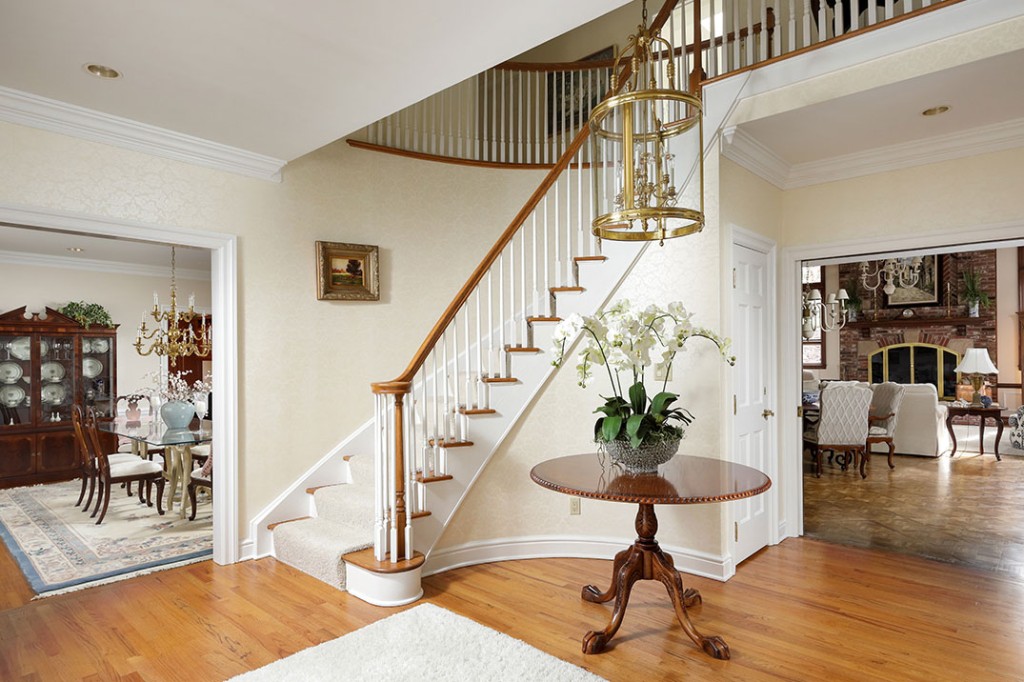 The 14-room home has a grand entry centered by a curved staircase. Behind it is the couple’s favorite space, the great room.

“It has a cathedral ceiling which is all wood, and that fireplace is massive,” Marti says. “You can see the snow coming down, and the woods, the deer walking by and it is so beautiful,” Wickerham adds.

The original layout of the 15-by-34-square-foot kitchen has stood the test of time. A large center island with seating for four features a gas cooktop. Overhead is a commercial-grade exhaust. There also are beefy granite countertops, with the material also used on the backsplash. 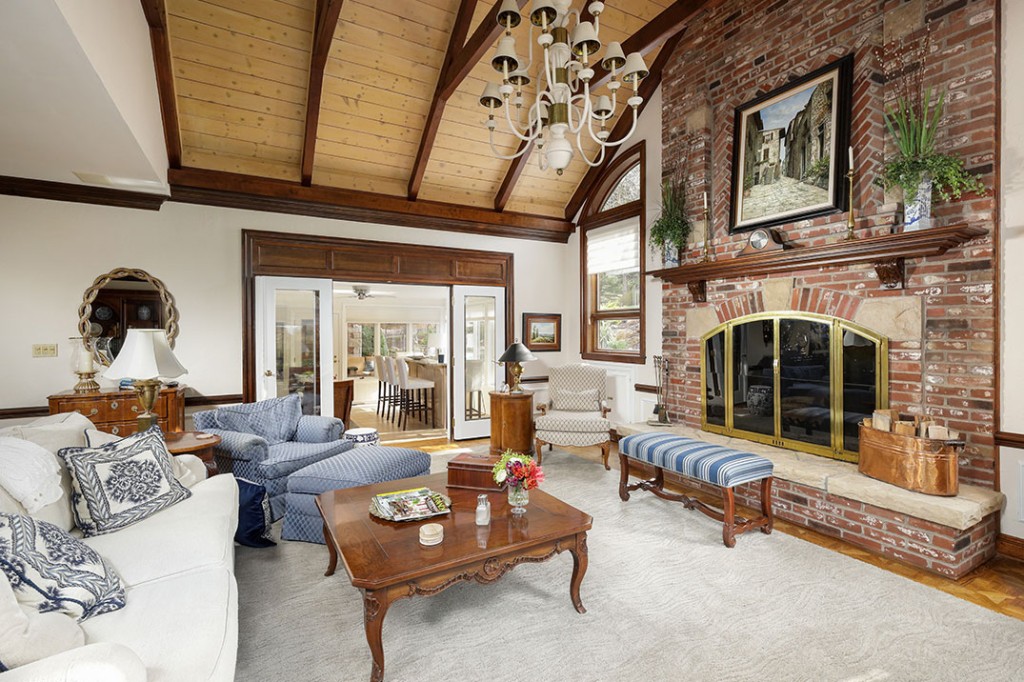 New luxury appliances include double wall ovens, an under-the-counter microwave and an appliance garage to hide countertop clutter. There’s also an expanded window pass-through to the adjoining family room, as well as new lighting and neutral decor. The original oak floors give a softness to the room. 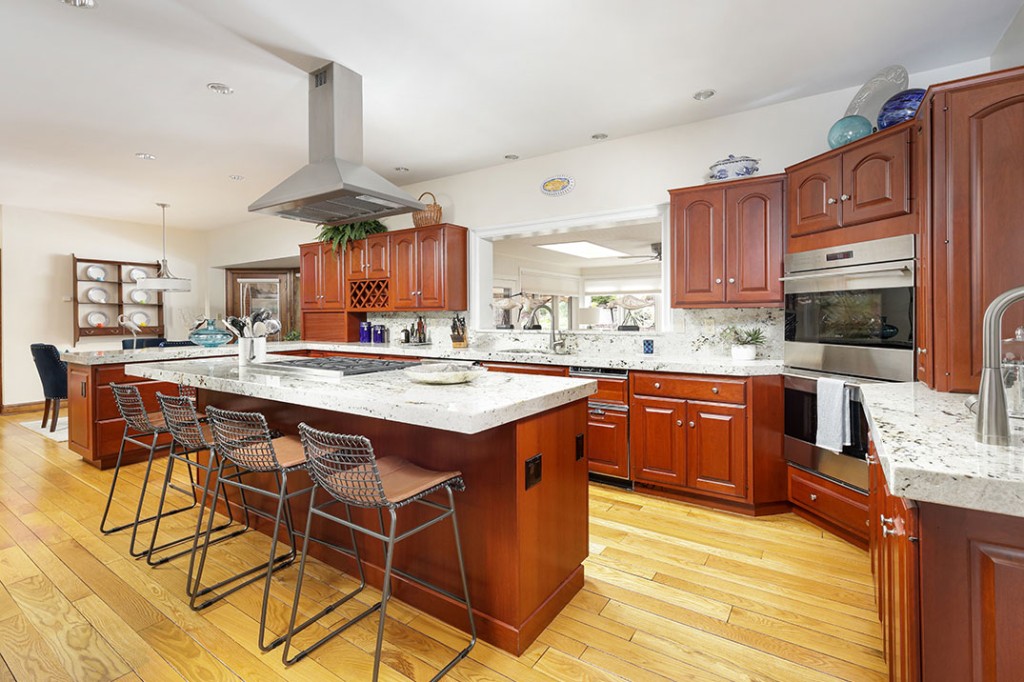 The eating area has doors that lead to a large, covered stone patio with a custom awning. The yard overlooks the Heinz property.

Other areas include a formal living room and a formal dining room. Both flank the entry and feature floor-to-ceiling bow windows that flood the space with light. A home office has cherry paneling, built-in bookcases and a Palladian window. 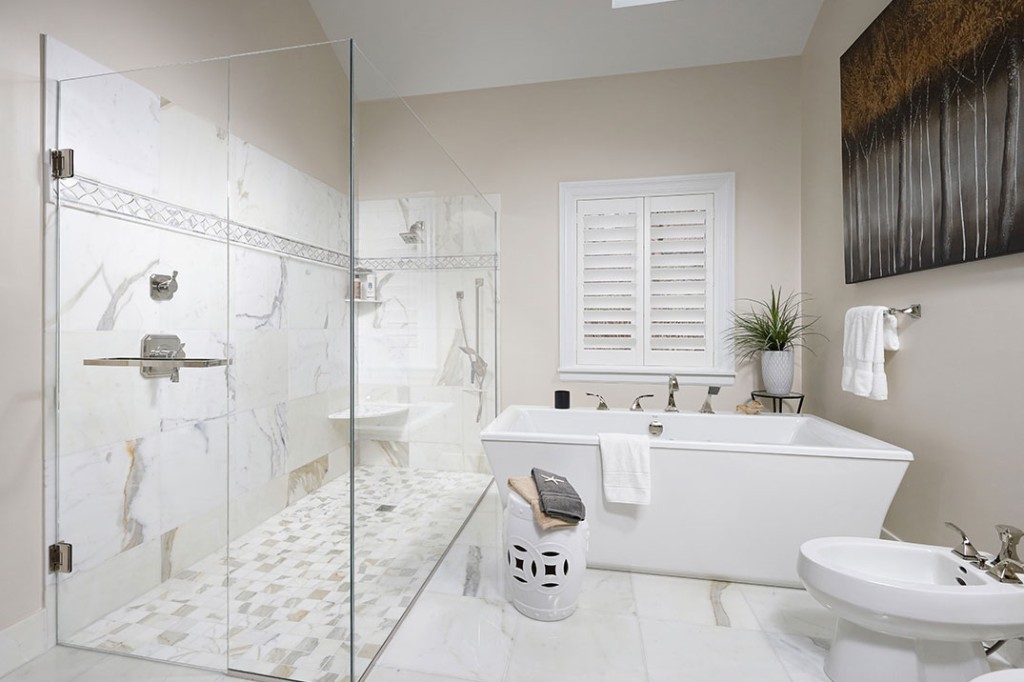 The 21-by-23-square-foot primary suite and sitting area features a brushed nickel chandelier, neutral paint and white carpet. The newly renovated bathroom has a two-person, glass-enclosed shower with multiple fixtures and a built-in seat. An extra-deep soaking tub offers additional relaxation and a European bidet adds flair. Marti adds she had contractors use space from an attic to create the bathroom’s vaulted ceiling. 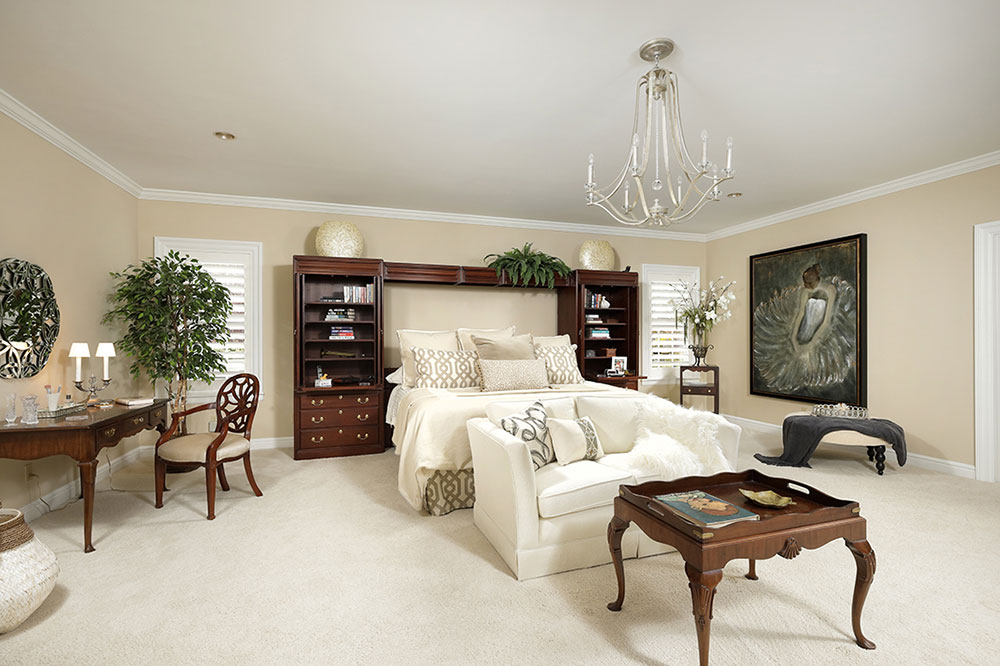 Four more bedrooms range in size from 16-by-15 to 11-by-10 square feet. Marti also oversaw renovations in those rooms, which have new finishes and paint, as well as two other bathrooms.

The third level includes a 14-by-18-square-foot bonus room. In the finished lower level is room for a large sectional and a television.

“The home is elegant, but it is also very livable,” Marti says. “I see a family in there with some kids.” 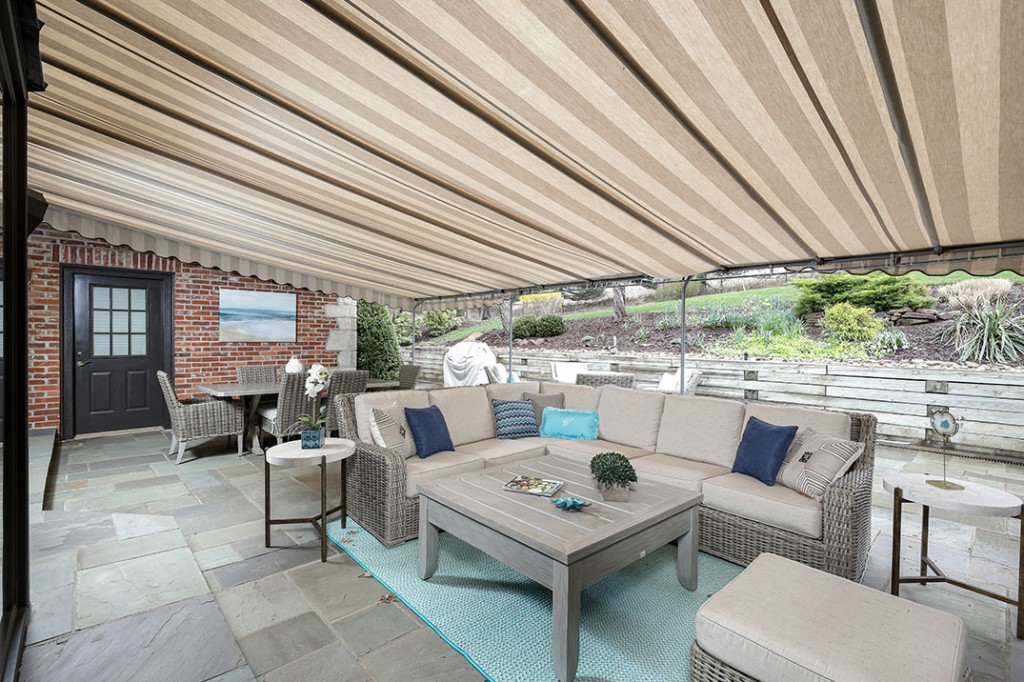 A family also would enjoy the grounds, with mature trees, plantings and a well-groomed lawn. From every direction, the home feels like a country getaway, which is a comment Wickerham often hears when out-of-town friends come to visit.

“They can’t believe that it’s such a short drive — 15 minutes away [from the city] and you are out in the country,” he says.

Drawing on her years of experience covering the region’s real estate industry, Rosa Colucci’s Hot Property offers an inside look into unique and historic homes currently on the market. Each week, Hot Property goes behind the For Sale sign to share the story of a special Pittsburgh area home.  And four times a year, Hot Property will give an in-depth look at the region’s real estate market in Pittsburgh Magazine HOME, track housing prices and sales and detail where the hot properties can be found. Rosa can be reached at onecordovaroad@gmail.com.

Population: 5,343
Planes, Trains & Automobiles: The driving-based community is a 35-minute commute to the airport.

Neighborhoods: Inhabited by the Seneca tribe in the 1750s,  the area grew more populated after the automobile was invented, with many venturing out to experience the Pittsburgh Field Club and then the Fox Chapel Golf Club. Residential housing lot sizes are zoned for 1 to 3 acres, depending on the location. This has created a lot of woodlands in the highly desirable borough, which is serviced by the nearby business district on Freeport Road in O’Hara and Aspinwall.

A Slice of Charm Goes on the Market in Oakmont