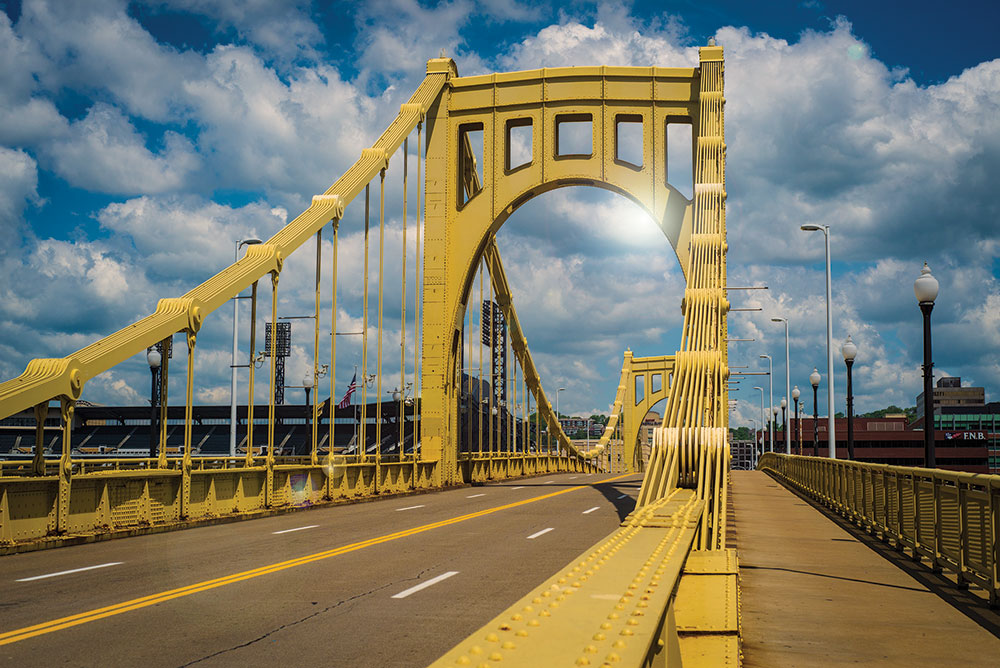 Matthew Broderick played the title role in this Walt Disney Pictures comedy loosely based on the 1983 animated television series of the same name about a cybernetic police officer. (Imagine “Robocop” for kids.) Pittsburgh stood in for the fictional town of Riverton, Ohio, and the Sixth Street Bridge — its name at the time — figures prominently in the movie during the climactic battle scene.

“Inspector Gadget” also filmed on the South Side, in PPG Plaza and at Point State Park. The movie’s other stars are Rupert Everett, Michelle Trachtenberg and Dabney Coleman. It is available on Disney+.

This article appears in the Jan/Feb 2021 issue of Pittsburgh Magazine.
Categories: From the Magazine, On Location