No Surrender: Vic Walczak’s Crusade for the Underdog

Walczak’s crusade began long before his tenure as legal director of the ACLU-PA. 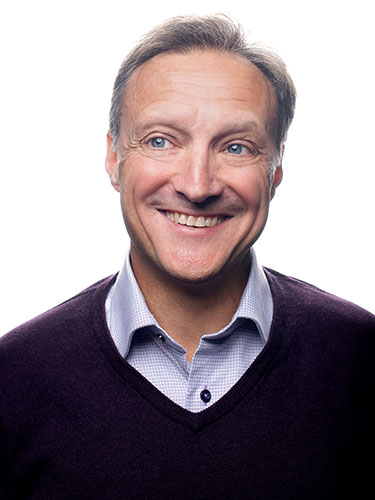 Witold “Vic” Walczak has been called Satan, a lefty interloper and any number of creative expletives. But the legal director of the ACLU Pennsylvania doesn’t let that stop him from fighting for the rights of death row inmates, sexting teens, pole dancers, Ku Klux Klan marchers, detained immigrants, gay couples, absentee voters, and on and on.

He didn’t step down from the stage when a religious crowd shouted and booed at him, making his way to his car after the event with a police escort. Brushing off the apparent threats, he went on to compel the Dover School District to stop teaching “intelligent design” over evolution, a 2005 landmark case that was compared to the 1925 Scopes trial.

So it’s a little surprising that the fiery civil rights attorney says he’s actually quite sensitive — “I cried during ‘Little Women.’ I always tear up in movies.”

That sensitivity transforms into a passion for the underdog that drives his work. After three decades of fighting power, the boyish and dimpled 59-year-old is angrier than ever with an uptick of civil rights complaints to his office during the Trump administration. “We are in a growth industry,” he says.

He’s also gearing up for this year’s presidential election. After filing a 2012 emergency injunction striking down the state’s restrictive voter ID requirements, he and his staff lawyers will monitor any violations at the polls, absentee voter complaints and the rights of door-to-door campaign workers.

And don’t get him started about citizens’ rights to plant political lawn signs, another issue he has fought for in court.

“We still have all these municipalities that say, ‘You can’t put up a lawn sign on your property more than 30 days before an election.’ Or, ‘You can’t have a sign that’s bigger than a postage stamp.’ It’s clearly unconstitutional.”

His voice gets even raspier and his blue eyes flash with anger as he continues. “They let people put all sorts of other stuff on their property, whether it’s a plastic reindeer or a blowup Santa, but they say you can’t put up a political sign at all. They will get municipal officers and police officers to take it down and it’s just outrageous.”

Though the ACLU is sometimes accused of being a tool of the left wing, Walczak argues that he fights to keep the signs of all party affiliations. “We tell our clients we don’t really care what color your skin is, what political party you support, what gender you are, who you sleep with. All we care about is whether your rights are being violated.”

Walczak’s favorite musician is Bruce Springsteen, a fellow Jersey boy and champion of the little guy. In fact, during one of his most famous cases — the one that ultimately struck down the teaching of intelligent design in biology classes in Dover, York County — Walczak would psyche himself up before court by playing “Part Man, Part Monkey.” It’s a satirical Springsteen song about the 1925 Scopes Monkey Trial, when a Tennessee teacher was accused of violating state law for teaching evolution instead of creationism.

That case catapulted Walczak onto the national stage as a civil rights attorney, which helped him finagle a backstage meeting with the Boss during a 2007 concert at the Civic Arena. Walczak sent an email through Pittsburgh rocker Joe Grushecky, a Springsteen pal and collaborator. Sure enough, Springsteen invited him backstage.

“Thank you for being the voice of the people,” a starstruck Walczak told Springsteen.

Springsteen replied, “Thank you for your work on the Dover case. It’s really important.”

It’s not every day that a civil rights attorney is recognized by a rock superstar. “I was over the moon,” he says. 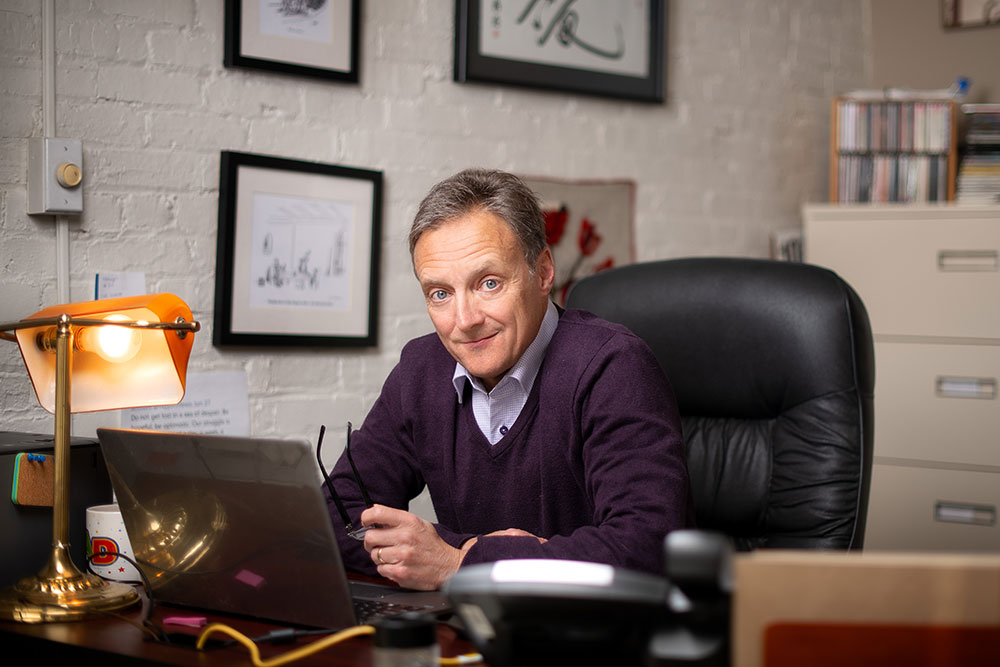 Walczak’s crusade for the underdog is partly rooted in his childhood as an immigrant and the son of Holocaust survivors. His parents fled Poland for Sweden, where he was born, and moved to the United States when he was 3. Growing up in a household where they spoke Polish and ate pierogis instead of hamburgers, he felt like an outsider. It ingrained in him a sense of empathy for those living outside the power structure.

His family eventually moved to New Jersey, and he attended Colgate College from 1979 to 1983, where he studied philosophy. Thanks to his bilingual upbringing, Walczak was able to help a refugee family — Solidarity activists who had escaped Poland after suffering brutal beatings from the secret police.

After graduation, he traveled to Poland to document the Solidarity movement himself. In July 1983, as he was photographing public beatings of protesters in Gdansk, the police knocked him down and tried to grab his camera. Shipyard workers intervened, allowing him to run away with his film intact.

A week later, he visited the American deputy consulate in Warsaw, a family friend, and started talking about Solidarity. The consulate put a hand over his mouth and turned up the volume on a transistor radio.

The consulate made it clear that the office was bugged, and Walczak would go to jail if caught. He told Walczak to bring in all the photos so he could make sure both the traveler and his highly incriminating documents made it back to New Jersey, separately and safely.

Sure enough, on a train ride out of the country, the police stopped Walczak at the Czech border and strip searched him, even cutting the seams of his suitcase. “Having that experience when liberal democracy breaks down or doesn’t exist is frightening,” he says. 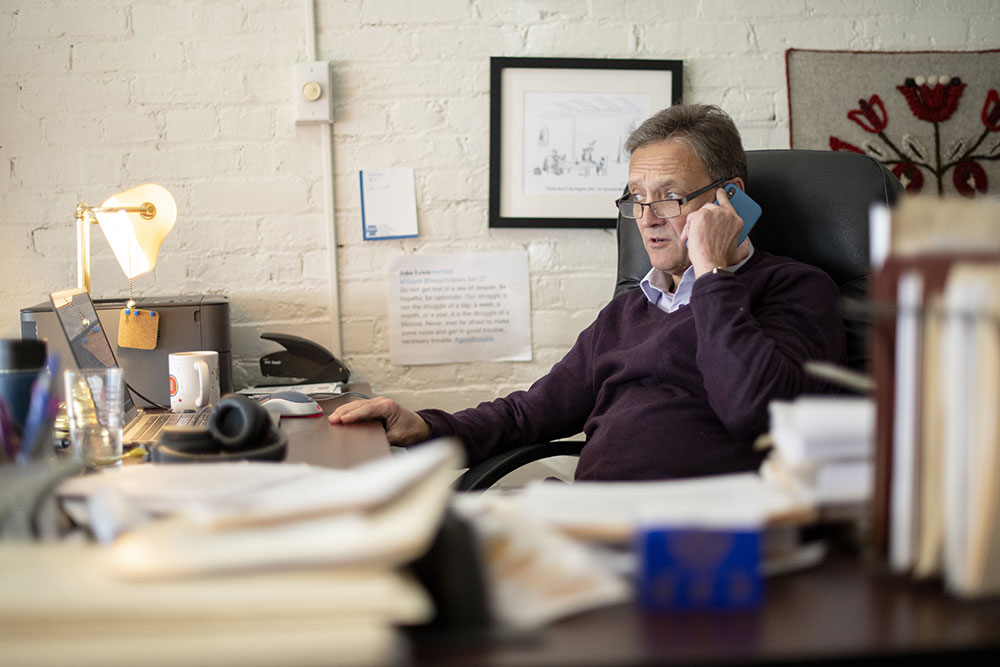 Walczak went on to graduate from Boston College Law School before working for prisoner’s rights at the Legal Aid Bureau in Baltimore. In 1991, he became the executive director of the Pittsburgh chapter of the ACLU before moving up to the statewide level in 2004, where he now oversees eight people

Walczak’s Downtown office looks more like a professor’s study than the workspace of a nationally known lawyer. On a recent day, he came to work in jeans and a blue plaid shirt with elbow patches. Every day is casual day except for when he goes to court — only then does he break out the power suits. “I wear shorts in the summer,” he says with an impish smile.

He had run-ins with County Executive Rich Fitzgerald, a Democrat, over hiring in the public defender’s office. “We have had our agreements and disagreements,” Fitzgerald says. “He doesn’t pick and choose, whether you are a Republican or Democrat. Vic’s always been a true believer in what he does.” 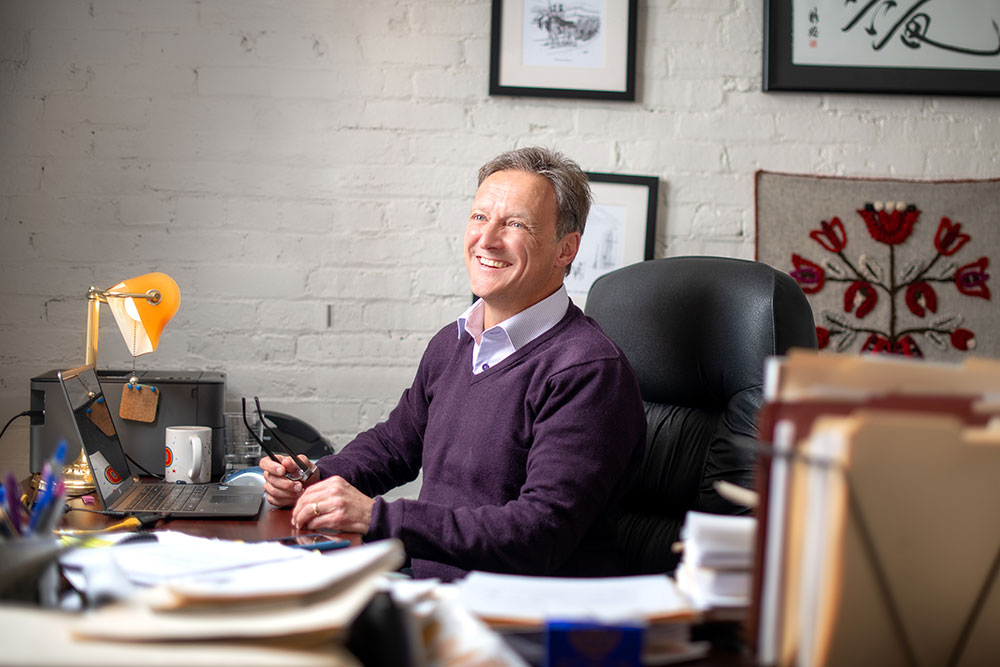 In recent years, Walczak has devoted more time and energy to criminal justice reform. A November ruling said death-row inmates can no longer be placed in permanent solitary confinement, the result of a lawsuit from the ACLU, the Abolitionist Law Center and two additional law firms against the Department of Corrections.

To prepare, Walczak spent six days talking to death-row inmates at two Pennsylvania State Correctional Institutes, some of whom were so traumatized by the conditions, they were laying with their sheets over their heads in the middle of the day. Though he gets flack for defending murderers, he says, “A lot of these crimes were committed when they were teenagers or early 20s. Obviously somebody lost a life and it’s horrible, but you see some real humanity in these people, and they are not Hannibal Lecter or Ted Bundy.”

The defendants he champions gush about him.

“If it hadn’t been for Vic, I would be in jail or dead,” says Melissa Gass. The 42-year-old from Lebanon is on parole and has used medical marijuana to control her epileptic seizures. But in the fall, the Lebanon County courts implemented a policy that bars the use of medical marijuana for people on probation. She had more than 20 major seizures in several weeks. The ACLU of Pennsylvania won a temporary injunction to stop the policy statewide and is fighting for a permanent injunction.

Walczak says his most memorable case was the 2014 victory that gave gay couples the right to marry. Acting on an ACLU lawsuit, the court ruled that Pennsylvania’s Defense of Marriage Act was unconstitutional a year before the U.S. Supreme Court ruling.

As the verdict was announced, Walczak joined thousands of celebrants in the streets of Shadyside, dancing and screaming, “We won!” At the end of the evening, he noticed that the lapel of his suit jacket was wet with tears of joy from people who had hugged him.

He has also gone toe-to-toe with school districts to fight for students’ free speech rights. The McKeesport Area School District recently allowed the formation of a black student union after the ACLU sued on the students’ behalf.

With the proliferation of social media, he also won cases that restricts punishment of students for their behavior outside of school. For example, a student at Franklin Regional High School used his home computer to write a David Letterman-like Top 10 list mocking the athletic director. When another student brought it to school, the letter-writer was suspended. Walczak sued the school and won in 2001, resulting in restrictions on school punishments for conduct off grounds. But it’s a constant fight. “The rights of students to use social media is a battle we have been fighting for 20 years.”

A lot of the causes he’s taken up — immigrants’ rights, prison conditions, the rights of students — are ongoing battles. Two steps forward, one step back.

But his passion hasn’t wavered. “After so much time, some people might get disillusioned,” says Sara Rose, senior staff attorney for the ACLU Pittsburgh office. “What is most surprising to me is how much Vic still cares and how outraged he gets after all these years.”

Walczak says he sometimes feels a bit burnt out litigating a major case. But then he sees another injustice and that deep-in-his-gut sense of fury comes bubbling up again.

“I don’t like bullies. I don’t like people taking advantage of other people. It infuriates me. I get angry. I say, ‘We’re going after them again.’”

This article appears in the March 2020 issue of Pittsburgh Magazine.
Categories: Community Feature, From the Magazine, Hot Reads