The observation site was open for two days, but will close indefinitely as the contractor brings in heavy equipment. 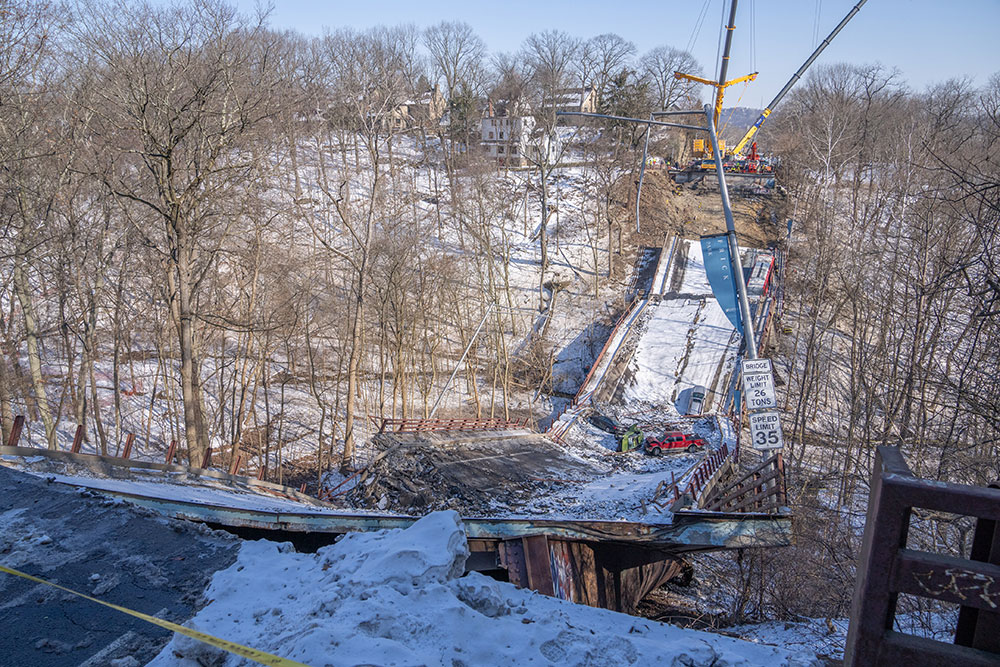 Following the Jan. 28 collapse of Frick Park’s Fern Hollow Bridge, the city designated a public viewing area on the Squirrel Hill side of the crash site to allow folks to observe it from a safe distance. It satisfied the curiosity of dozens of onlookers since it opened Monday, but that has already ended.

The city announced Wednesday that the public viewing area will be closed indefinitely, effective immediately, as contractors begin staging large pieces of heavy equipment in anticipation of the eventual reconstruction. In the interest of protecting the public, pedestrians and vehicles will not be allowed on the stretch of Forbes Avenue off of South Dallas Avenue leading to the site.

The city’s Department of Mobility and Infrastructure will continue to monitor traffic slow and make adjustments to signal timing as needed.

Frick Park itself is open, with a few exceptions. Tranquil Trail is still closed within a 100-yard perimeter of the collapse site. Undercliff Trail below the Briarcliff Road also remains closed.

“Public Safety understands how important Frick Park and the surrounding areas are to Pittsburgh residents and visitors,” reads a press release from the city. “We thank everyone for their continued patience and understanding as all parties work to support the investigation and eventually rebuild the Fern Hollow Bridge.”

Officials have said that rebuilding the bridge could take up to two years and cost millions.