Look for New Mexican cuisine, customizable chicken and more as half of the Pittsburgh Galley Group concepts change in the next few months. 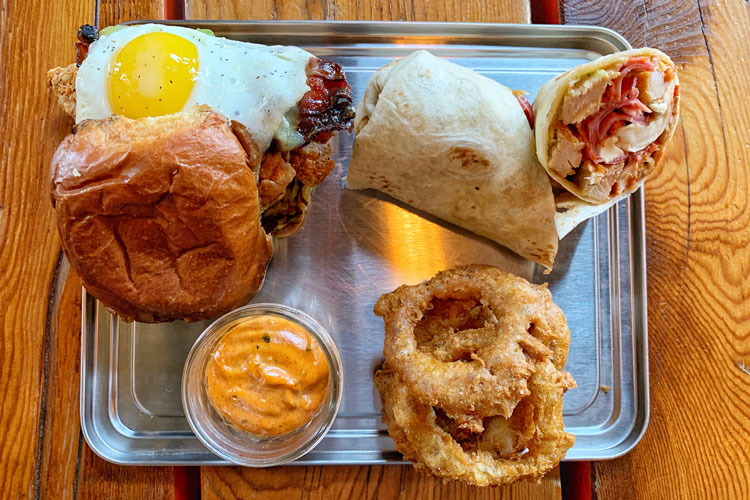 New restaurants are coming to Smallman Galley and Federal Galley. Both Pittsburgh locations from The Galley Group, which also operates food halls in Cleveland and Detroit, will see two of four concepts change in the forthcoming months.

George Adelo, who currently works as a general contractor for the federal government, will move into the Federal Galley space currently occupied by El Lugar with Guapo, a restaurant serving New Mexican cuisine. “This is a bit of a deviation from what my current career is,” he says.

While this might be the first time Adelo has helmed a restaurant, his family history in the food business runs deep. Adelo grew up in Pecos, New Mexico, and when he was younger worked as a butcher and cook at his family’s multi-generational general store, which was founded by his great-grandfather, a Lebanese immigrant. “Our store was a big part of the community. It was right in the middle of town,” he says.

Adelo’s paternal grandmother and his maternal lineage in the region extend back to a time prior to when New Mexico was part of the United States. “One of the things I love about New Mexican food is that it’s simple and honest. It’s one of the oldest cuisines in the United States, but it hasn’t spread much beyond New Mexico,” he says.

Adelo hopes to change that, at least in Pittsburgh, by introducing dishes such as his family-recipe enchiladas, which will feature stewed chicken, braised beef or fire-roasted vegetables topped with green chile, red chile or “Christmas style,” which has both. Additional menu items include chile-smothered burritos, carne adovada, tamales and sopapillas.

Adelo is working with suppliers in New Mexico to acquire the green and red chiles that make the regional cuisine so distinctive (he’ll drive down there to bring a haul back when fresh peppers are in season, too), and he also plans on using other local specialty ingredients such as chicos del horno, an ancient method of preserving corn that involves steam-baking in a clay oven prior to drying the ears.

Guapo will open on June 4. 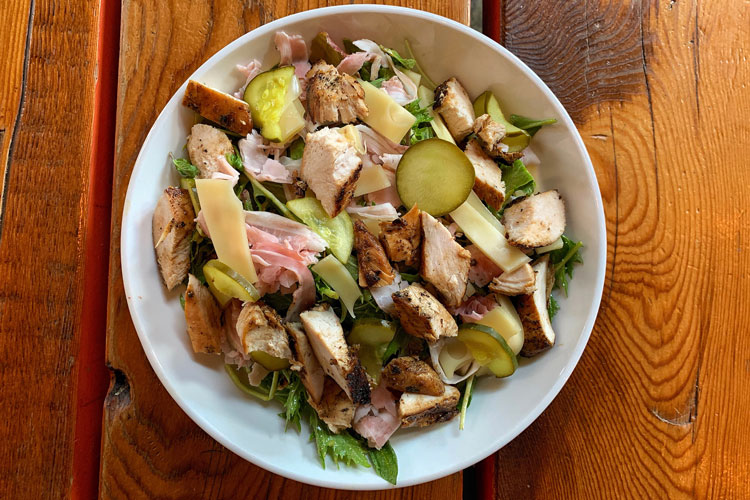 Meanwhile, Phillip Milton, who recently signed on to run Home in Smallman Galley for another year, will on May 2 introduce Which Came First in the Federal Galley space currently occupied by Supper. Here, Milton will focus on chicken, both fried and grilled.

“When we first started Home we were selling so much fried chicken. We were going through more than 200 pounds every week using just these two little electric table-top fryers,” he says.

He spoke with Galley Group co-owner Ben Mantica about opening a fried chicken restaurant, and plans were made for such a concept to be rotated into the Galley Group family. Then, after further developing the idea, Milton decided he wanted to offer something broader than a concept with a singular focus on fried chicken.

To that end, diners will have quite a few options at Which Came First. First, you can choose white or dark meat chicken, all of which is pickle-brined prior to cooking. Then, decide if you want it fried or grilled. There will be several styles of builds such as the “Gabagool,” which comes with marinara, fresh mozzarella, pesto aioli, capicola and sopressata to accompany the chicken. Finally, you determine if you want the whole thing on a bun, in a wrap or as a salad. Milton says that he is working on perfecting a seitan recipe so that vegetarians and vegans have a protein option, too.

Parents will be happy to know their kids will be taken care of, too; Milton plans on introducing a child-friendly menu. Additionally, he’ll offer “Eggstras,” such as deviled eggs, four-cheese macaroni and ultra-crispy onion rings.

Over at Smallman Galley in the Strip District, Iron Born and Bahmilicious are set to move out at the end of May; the incoming establishments are not yet finalized. Finally, Michigan and Trumbull owners Kristen Calverley and Nate Peck return to Detroit late this summer.