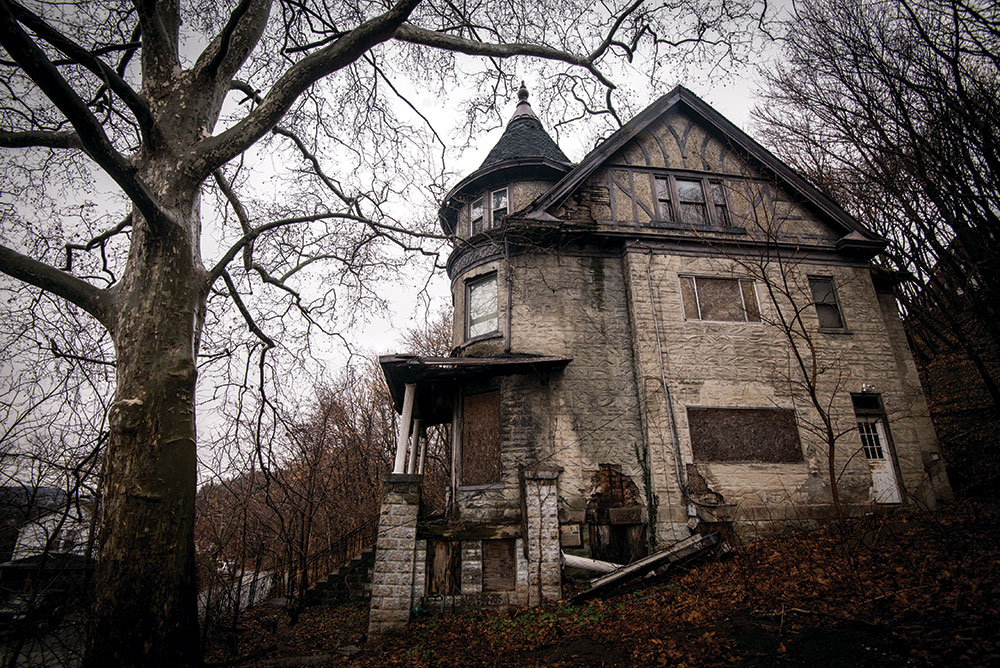 A condemned house at 7101 Apple St. in Homewood that is the birthplace of the National Negro Opera Company was named today by the National Trust for Historic Preservation to its annual list of America’s 11 Most Endangered Historic Places. The designation could bring renewed efforts and funds to save the long-vacant and boarded-up Queen Anne house, built in 1894.

“This is so exciting because it makes my voice so much louder,” says the owner, Jonnet Solomon, who has been trying to raise money to restore the building into a cultural center or museum.

Hill District club owner and numbers runner William “Woogie” Harris formerly owned the 17-room house and hosted dances and social events there beginning in the 1930s. Athletes and celebrities including Roberto Clemente and Lena Horne stayed in the upstairs rooms at a time when city hotels did not welcome Black guests.

This year’s national list of 11 historically important but endangered properties includes several with links to the civil rights struggle, including the Chicago church where Emmett Till’s funeral was held and a California house at the center of a landmark court case to decide if Japanese immigrant families could own property.

Since the annual list was first released in 1988, only 5 percent of buildings or places appearing on it have been demolished, according to the trust, a privately funded Washington, D.C., nonprofit group that advocates for preserving historic sites.

“I think one of the profound and powerful things about historic places is that something can deteriorate for decades and still be brought back,” says Katherine Malone-France, chief preservation officer of the trust.

Appearing on the list can be a catalyst for languishing properties. The Excelsior Club, for decades a hub of Black social life in Charlotte, N.C., was facing demolition last year when it appeared on the list. It has since been purchased by real estate developers who are restoring it into a venue for music and art.

“One of the main goals of the 11 Most Endangered Historic Places is shining a light not only on these places but on the committed local citizens and groups who are working so hard to preserve them,” Malone-France says.

Mark Houser is a frequent writer and speaker about Pittsburgh history. He is leading private tours of antique skyscraper rooftops on Oct. 3-4 weekend through Doors Open Pittsburgh. His new book, “MultiStories: 55 Antique Skyscrapers and the Business Tycoons Who Built Them,” will be released on Nov. 30.