For those who like their holiday movies a little more “Die Hard,” there’s an entertaining (if bloody) new yuletide action flick starring David Harbour as Santa Claus. 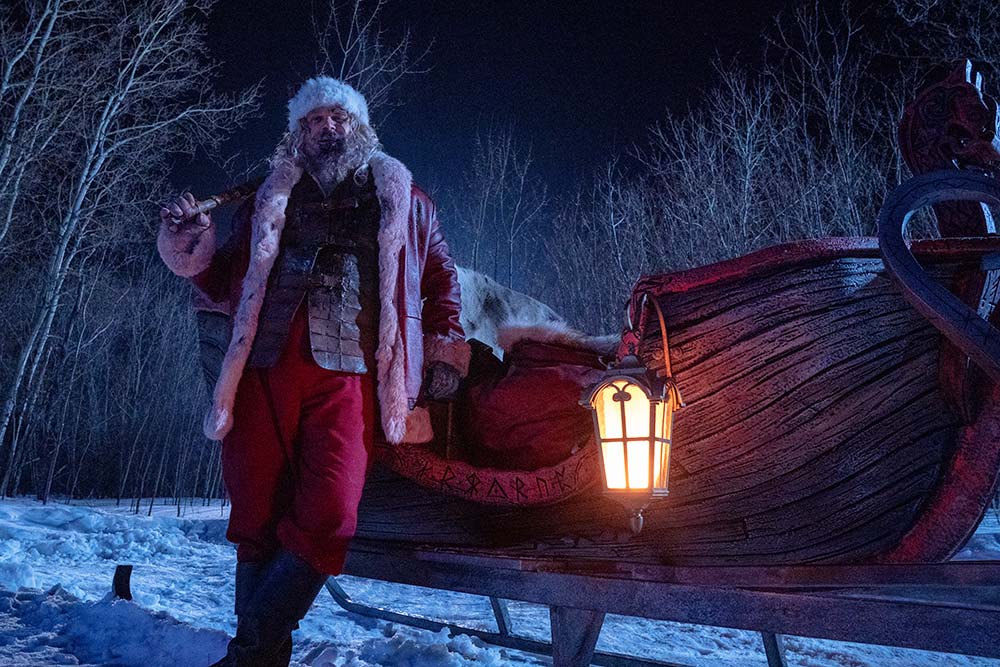 In my opinion, the great seasonal movie debate — you know, whether or not “Die Hard” is a Christmas movie — does not persist due to any taxonomic passion. We don’t really care whether or not the exploits of John McClane fit the genre. “Die Hard” fans really care for a more simple reason: We want a big, loud action movie to break up all the yuletide sentiment.

Fortunately, the brief canon of holiday mayhem flicks has expanded, with David Harbour starring in the tongue-in-cheek rampage “Violent Night.” Harbour plays a too-old-for-this Santa Claus, losing his faith in humanity as they continue to lose belief in him; he stops at bars and shoots whiskey in between delivering presents, berates the reindeer for relieving themselves on roofs and bemoans letters from children only requesting cash and video games.

There’s trouble afoot, however; a band of mercenaries, led by a gleefully snarling John Leguizamo, have decided to use the cover of a holiday gathering to pull off a brutal heist. The tony Lightstone family is gathering to exchange gifts and recriminations, and they happen to have hundreds of millions in a basement vault; a gang of henchman (with code names such as Krampus and Gingerbread) shows up to terrorize the family and steal the cash.

Unfortunately, the one pure-of-heart child in the vicinity (Leah Brady) dials up Santa on a convenient walkie-talkie. Turns out Santa got the gig after an early career as a Viking raider, and he’s perfectly willing to dispatch some of the naughty list to protect a child who still believes.

The violence is intense — picture “Home Alone” if Kevin’s booby traps actually inflicted realistic injuries — and the manners are decidedly bad; this isn’t just naughty, it’s frequently depraved. That itself is a welcome refresher, though; in an era where even the good holiday films are sanitized to reaffirm the true meaning of Christmas (with all its commercial possibilities), merely seeing a movie that gives no quarter to restraint is welcome.

Harbour is quite good in the role, and while the setup isn’t nearly as satisfying as the payoff, you’ll be on board by the time Santa puts an ice skate on each hand and begins slicing. This is a Christmas movie to put on when the kids have gone to bed, the presents are wrapped and you’re feeling more than a bit sick of the whole season.