It must've been tough rescuing those kids from that cave. It's certainly tough to get through the movie about the incident. 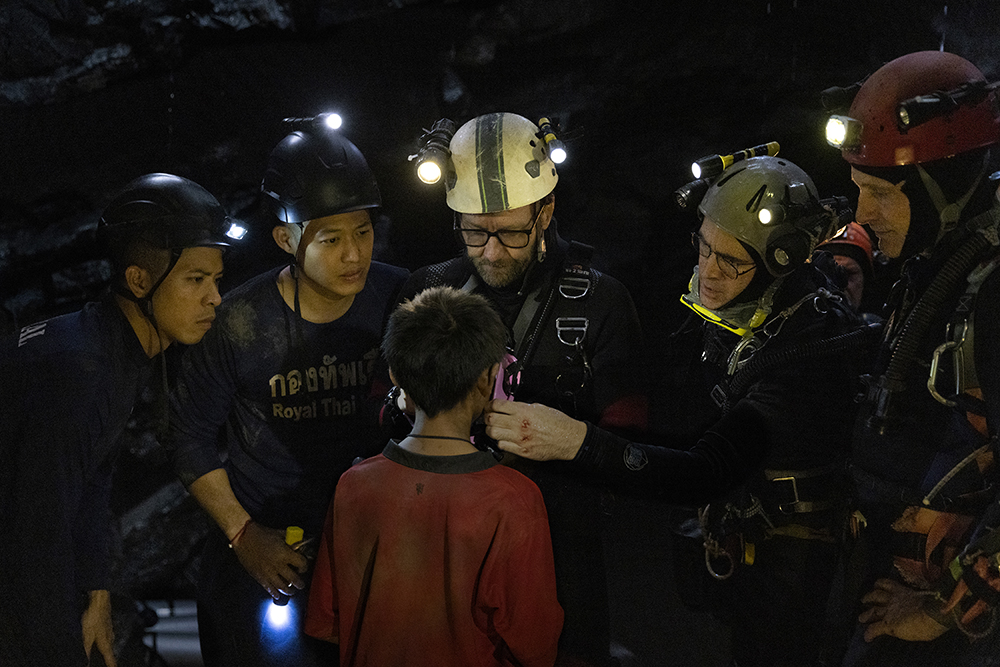 After struggling to haul a panicked man out of a flooded cave, elite diver Richard Stanton reflects on the experience.

Listen, Richard — don’t review the movie for me, okay?

“Thirteen Lives” is a detailed and interminable recreation of the 2018 rescue effort in Thailand’s Tham Luang cave, when divers and volunteers from around the world gathered to save a wayward junior soccer team. Through a painstaking and improbable effort, the children and their coach were all extracted from their deadly predicament.

Director Ron Howard is similarly painstaking in depicting the affair; undoubtedly, the film is a technical achievement. He’s so painstaking, in fact, that the film grows tiresome almost immediately.

“Thirteen Lives” is consistently tense without ever becoming interesting or entertaining. The challenges the rescuers faced were not matters of dramatic suspense; the demands merely were long and tedious, two words that do not make for great cinema. There are no real stakes, of course, since any viewer curious enough to watch the film is likely familiar with the incident and knows the kids are gonna be okay.

Instead, false drama is created by spending a good hour standing around talking about how risky the operation will be.

One diver did perish, of course, a former Thai Navy SEAL named Saman Kunan (Sukollawat Kanarot). Callously, the death of the only man to actually lose his life in the cave is treated as an object lesson for the team; here, he is a plot turn, not a person.

Is he even a main character? No, of course not; depressingly, if not surprisingly, the white guys are the protagonists. It is true that Stanton (Viggo Mortensen) and John Volanthen (Colin Farrell), British rescue-dive specialists, were key to the operation and the first to actually find the boys; without them, the rescue likely would’ve failed. In making that story into a movie, however, you’re telling a story about how some non-white people got in trouble, other non-white people failed to help and some white people showed up to save the day.

If that’s the story you’re working with, just don’t make the movie.

“Thirteen Lives” is now playing in select theaters and will stream on Prime Video beginning on Aug. 5.