Florence Pugh leads Netflix viewers into a dark, wintry mystery in this drama. 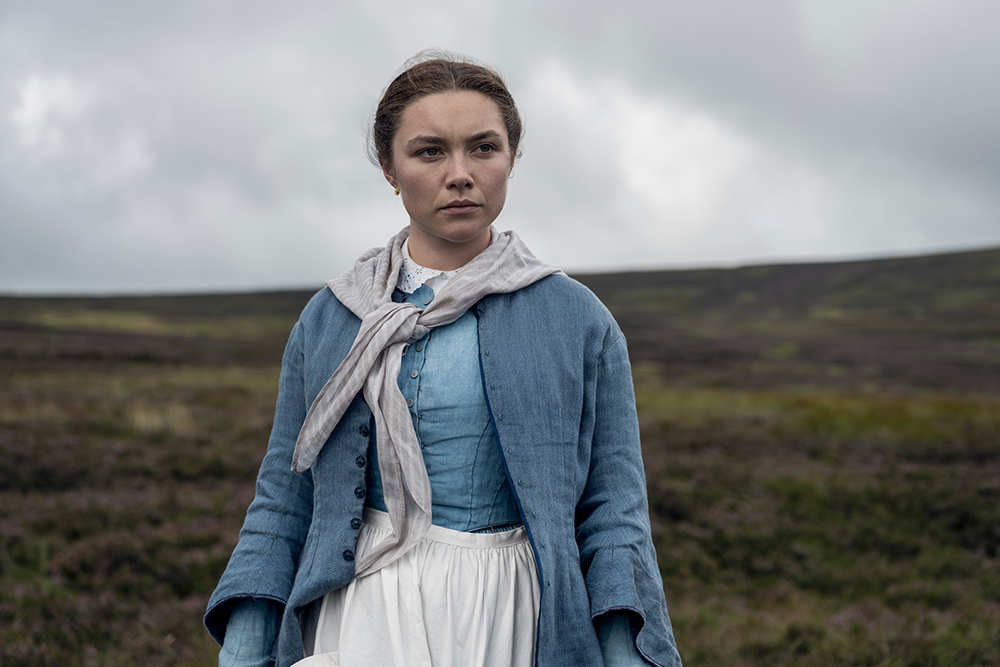 Florence Pugh, the supremely talented actress who probably should’ve won two Oscars in 2020, was thrust into the maelstrom of gossip and speculation this summer as part of the doomed “Don’t Worry Darling” cast. She didn’t deserve the drama; while the film is a dramatic shipwreck, Pugh is excellent in it, as she always is.

Curiously, her other 2022 project, “The Wonder,” shares a tone with “Don’t Worry Darling.” Both films are dark mysteries in which the veil of grace is pulled over grim reality. Where “Don’t Worry Darling” reached and floundered, though, “The Wonder” quietly resonates; it’s an idiosyncratic film, but a sturdy one. And Pugh is even better.

She plays Lib, a nurse and widow in 1860s Ireland. She’s been dispatched to a remote village to evaluate a remarkable claim; a poor family alleges their daughter, 11-year-old Anna (Kíla Lord Cassidy), no longer requires food, surviving entirely on “manna from heaven.” A stern cadre of village leaders (including somewhat underutilized performances by Toby Jones and Ciarán Hinds) sets up an evaluation; Lib and a nun (Josie Walker) will alternate shifts observing the girl, trying to determine if she’s an unwitting huckster or a true miracle.

“The Wonder” has plenty of revelations in store — about Anna, about the village and about Lib. The latter set of secrets will push the story toward its conclusion, one that can read as justice or disillusionment, depending on your perspective.

The path, though, is the thing, as the watchful eyes and oppressive chill of the tiny village push Lib near to a Poe-esque madness. Like another current release set in remote Ireland, the excellent “Banshees of Inisherin,” “The Wonder” investigates the psychological toll isolation and monotony has always had on the mind. It may not be cheery, but it’s a perfect descent into mystery for a cold winter’s night.

“The Wonder” is now streaming on Netflix.