Viola Davis carries a nation, and the movie, in this appealing but flawed epic. 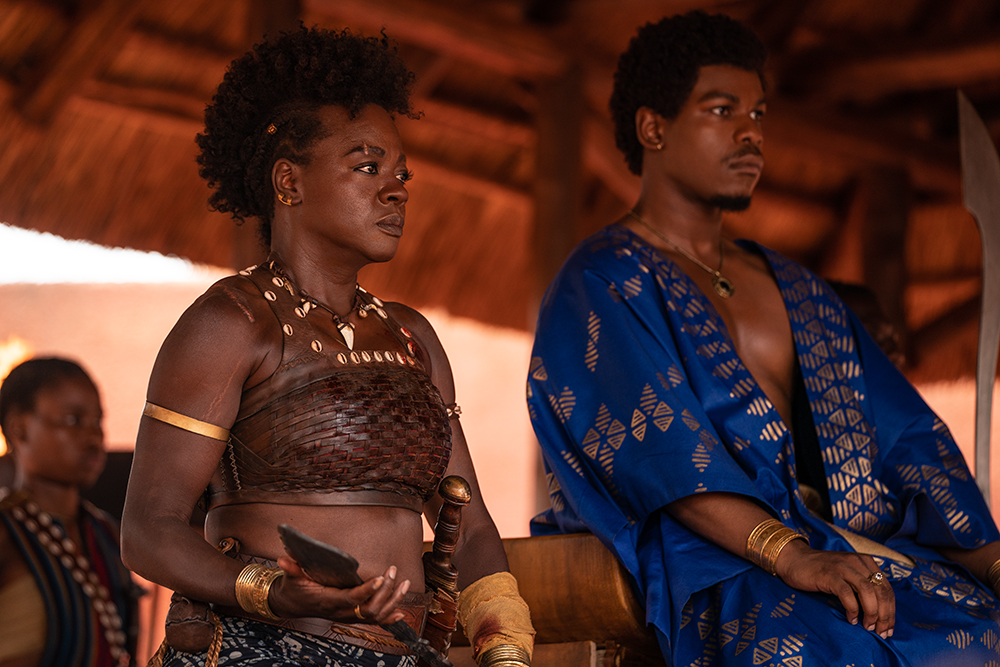 Undoubtedly, “The Woman King” is a story about war — I’m just not sure it should be called a war movie. Or, perhaps, I’m reluctant to lump it in with that genre; the classification is almost exclusively the realm of a handful of American conflicts.

In any case, while I’m not sure a picture as frequently brutal and tragic as “The Woman King” can be described as refreshing, it’s nice to see a picture like this set in 19th-century Africa. (World War II has been pretty thoroughly covered at this point, after all.) Generals and young soldiers in training, daring missions and improbable escapes, tragic losses and climactic tete-a-tetes — okay, it’s a war movie.

Perhaps more importantly, though, it’s a Viola Davis movie, and she once again proves that she can carry pretty much any project. She plays General Nanisca, the leader of the powerful Agojie military regiment in the Kingdom of Dahomie. While the story is a creation, most of the subject matter is true; Dahomie was located in present-day Benin (where the film was partially shot) for four centuries, and the Agojie were a rare all-female group of warriors that protected the King.

Nanisca has the ear of King Ghezo (John Boyega) at an inflection point for the kingdom; nearby rivals are more powerful, and the European slave trade is slowly decimating the continent. Meanwhile, a young group of soldiers trains to join the Agojie, including Nawi (Thuso Mbedu), who has a surprising connection to one of her trainers.

Surprising, if not original. “The Woman King” is a project badly handcuffed by its own script (by Dana Stevens), which scours the recycling bin for every cliche it can reheat. Perhaps someone felt that the relatively novel setting of this film required a tired, familiar plot to get the audience on board; whatever the motivation, the contrivances (and the exhausting, 135-minute runtime) make “The Woman King” a bit of a slog.

If we’re exhausted, though, just imagine how Davis must feel; she needs to carry this thing on her shoulders for two hours. While she has help from director Gina Prince-Bythewood and the cast — Mbedu is a breakout star, and both Lashana Lynch and Sheila Atim distinguish themselves, it’s only thanks to her considerable efforts that “The Woman King” holds together. Her performance is passionate, raw and inspiring. While she deserved a better script, it’s to her credit that she elevated the one she had.

“The Woman King” is now playing in theaters.