Hulu's refreshing romcom succeeds by avoiding some of the easy-laugh pitfalls. 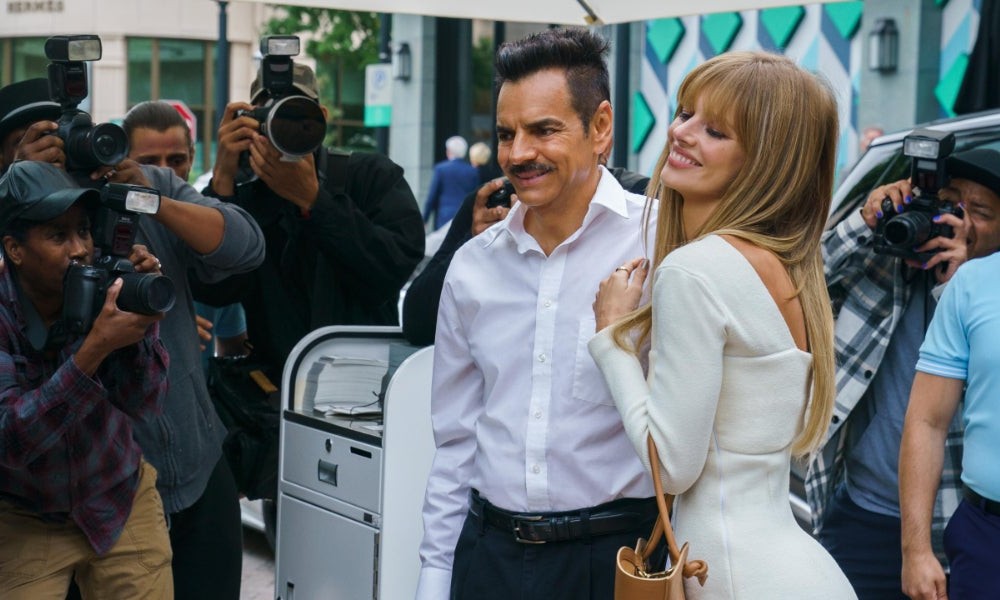 Mostly, I like “The Valet” for what it doesn’t do.

It avoids cheap jokes and lazy signifiers. It refuses to follow improbable narrative pathways to up the stakes. It declines to paint its characters in more palatable black and white, finding comfort in shades of gray.

Not bad for a modern romcom.

The setup is nothing new — an unlikely scenario leading to romantic complications. Olivia Allan (Samara Weaving) is an up-and-coming movie star whose soaring success is undercut by an unfortunate love affair. Her paramour (Max Greenfield) is a married, high-profile real estate developer; when photos of the pair quarreling outside a posh hotel hit the tabloids, both figure they’re ruined.

Don’t worry; a wacky scheme is afoot. The photos also contain the face of a mild-mannered valet, Antonio (Eugenio Derbez), who happened to be caught in the middle of the lovers’ spat. It’s an out: They just need to pretend that Olivia and Antonio, despite appearances, are the real couple.

The smart, quick script (from Rob Greenberg and Bob Fisher, based on an earlier French film of the same name) has plenty of tropes to play with: the fish out of water, the will-they-won’t-they, the rich person learning life lessons. Despite these fairly routine themes, though, “The Valet” never takes the easy road, remaining surprisingly grounded and plausible.

Derbez is charming and funny, but Weaving — still a vastly underrated and underutilized actress — is the MVP of the film. She knows the likability of this character sits on a razor’s edge. Too posh and mean and she won’t be likable; too kind and warm and she won’t be realistic. (That was one of the many pitfalls of a similar release from earlier this year, “Marry Me,” in which Jennifer Lopez was far too famous to be so patient.) Weaving nails a difficult task.

I also love the ending, for reasons I won’t get into here. Suffice to say that “The Valet” had to avoid one last pitfall to earn my admiration, and it sidestepped it perfectly. It’s not an all-time classic, but it’s an easy delight.

“The Valet” is now streaming on Hulu.