Margot Robbie's Harley Quinn returns, with an improved supporting cast, in another take on the DC Comics property. 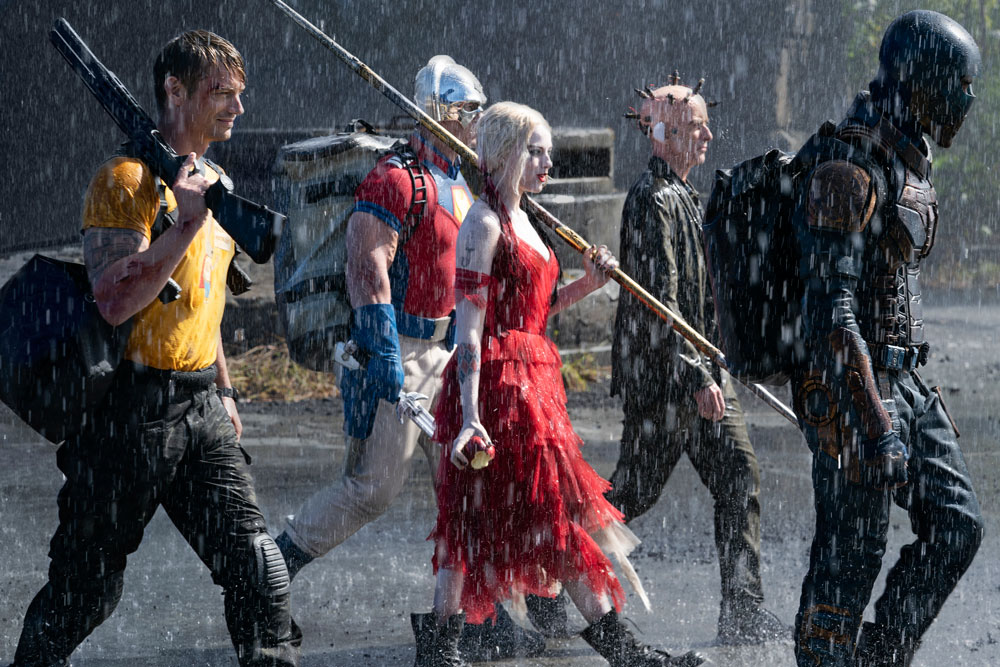 Margot Robbie has now played the likable villain Harley Quinn across three movies that feel impossibly different from one another.

Quinn stole the show in 2016’s “Suicide Squad,” emerging as the bright point of a muddled yet intermittently enjoyable sidequest in DC’s uneven cinematic universe. In early 2020, her starring feature — initially titled “Birds of Prey, or the Fantabulous Emancipation of one Harley Quinn” before being retitled mid-stream in an odd marketing move — established itself as one of the best all-around DC adaptations, striking a much more cohesive and thoughtful tone than most comic-book fare.

Now, she’s the driving force of “The Suicide Squad” (the preposition is the only difference in the two titles), a sequel that operates more like a soft reset. The nominal protagonist is Bloodsport (Idris Elba), a mercenary blackmailed into leadership. Once again, though, Harley is the indisputable headliner.

The plot is much the same as it was in 2016: A group of incarcerated villains, ranging from madmen to victims of circumstance, are compelled into government service. Viola Davis reprises her role as Amanda Waller, a ruthless black-ops bigwig who offers the misfits reduced sentences in exchange for completing a near-hopeless mission. There’s been a coup in a fictional island nation, and the team is to go in and neutralize a potentially world-destroying threat.

The main difference — and probably the key one — is behind the camera. “Suicide Squad” was directed by David Ayer, a serviceable if overconfident creator who sparred with the studio on matters of tone. This time, “Guardians of the Galaxy” shepherd James Gunn has taken over, owing to a 2018 rift between Gunn and his Disney/Marvel home base. (Gunn was briefly fired over some juvenile, if admittedly offensive, tweets from years in the past; the firing was widely criticized, and Gunn was eventually restored. He signed onto “The Suicide Squad” in the interim.)

Gunn is known for a madcap, inventive narrative style that rejects many conventions of the superhero medium. He’s also quite funny — he wrote and directed “The Suicide Squad” and both “Guardians” pictures — and insists on a warm, heartfelt core among the chaos. In “The Suicide Squad,” that chaos is at its most unfettered; anyone can die, any situation can immediately turn staggeringly gory and any off-the-wall idea can be pursued.

Foreground humor, buckets of blood, and a warm beating heart in the middle: It’s a combination that, by rights, should not come together. Yet it does, and better in “The Suicide Squad” than in any of Gunn’s previous films. The talented cast performs as if they’re making Oscar bait, not a bloody romp — scenes between Elba and Davis soar far above the genre standard — and the astronomical body count somehow doesn’t compromise the stakes when key characters are threatened.

And, of course, there’s Harley Quinn. Robbie has made a longtime side character into an icon; this portrayal ranks with Heath Ledger’s Joker and Gal Godot’s Wonder Woman as one of the most perfect comic-book performances in history. She has to shift to make Quinn fit into Gunn’s style but does so with grace and endless wit.

Undeniably, “The Suicide Squad” is indulgent. And long. And no one should mistake it for a film with broad appeal; the vivid splatter in the first few minutes will likely have more sensitive viewers demanding a refund. In the midst of all that excess, though, there’s something truly remarkable.

“The Suicide Squad” is playing in theaters and on HBO Max.