Netflix's star-studded dramedy sits on the edge between moving and sappy. 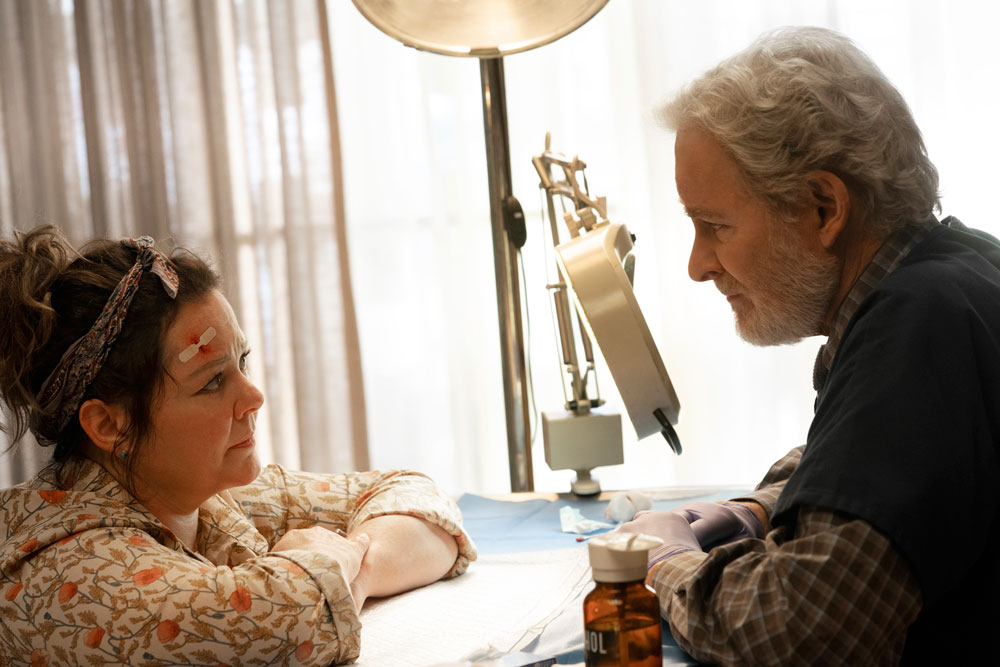 I want to like “The Starling.” I genuinely do. But it’s not making it easy for me.

It’s a movie piled high with sentimentality, overtopped with cloying emotion, like a nacho platter with endless toppings and no visible chips. Yet it is also a movie that acknowledges and respects the difficulties of mental health and grief; where most films about such matters treat mental illness like any other narrative obstacle, “The Starling” acknowledges how deep and difficult such matters are.

That makes me want to like it. I also like the earnest cast, led by Melissa McCarthy with Kevin Kline and Chris O’Dowd; the three likable stars offer a trio of tearjerking performances.

On the other hand, the central character is an unconvincing CGI bird — an innocent digital avian meant to stand in for a half-dozen metaphors.

That titular bird makes it very, very hard to like this movie.

McCarthy and Kline play grieving couple Lilly and Jack Maynard. Their baby died of Sudden Infant Death Syndrome a year prior; Lilly is barely hanging on to her job at a supermarket while Jack is staying at a mental-health facility. Group sessions make it clear that neither is making any progress, so Lilly is directed to a therapist, Larry (Kline).

There’s been a mix-up; Larry switched careers and became a veterinarian years ago. (Nominally, this film is a comedy — I think.) Still, he helps Lilly, under the guise of assisting her with a bird problem: a territorial starling is preventing her from fixing up her garden, one of the film’s broad visual representations of internal/external struggle.

In gripping scenes of tentative honesty — Lilly slowly confessing her anger to Larry, Jack acknowledging his lack of hope to his doctors — “The Starling” is the movie it wants to be, an honest, gallows-humor look at depression and loss. Writer Matt Harris (who is typically an executive producer on pseudo-reality shows such as “Ridiculousness,” of all things), knows what he’s trying to say, and there’s value in it.

Unfortunately, he doesn’t have the restraint to say anything with subtlety or grace, instead underlining and restating his arguments at any given point. In one particularly grim moment, Larry explains exactly how the title bird serves as a metaphor for Lilly’s broken family.

Really: Poor Kevin Kline, who we really should see more often and in better circumstances, is forced to patiently explain the point of the film.

Lilly tries to cut the blatant moment: “Real subtle stuff, Larry.” This acknowledgement does not help.

So: Does it just barely function, or does “The Starling” fall apart under the weight of its own heavy hand? It’s right on the line for me.

Actually, you know what? That CGI bird is really bad. I say pass.

“The Starling” is now streaming on Netflix.