There's a lovely new animated flick on Netflix. It's just not as interesting as it is visually appealing. 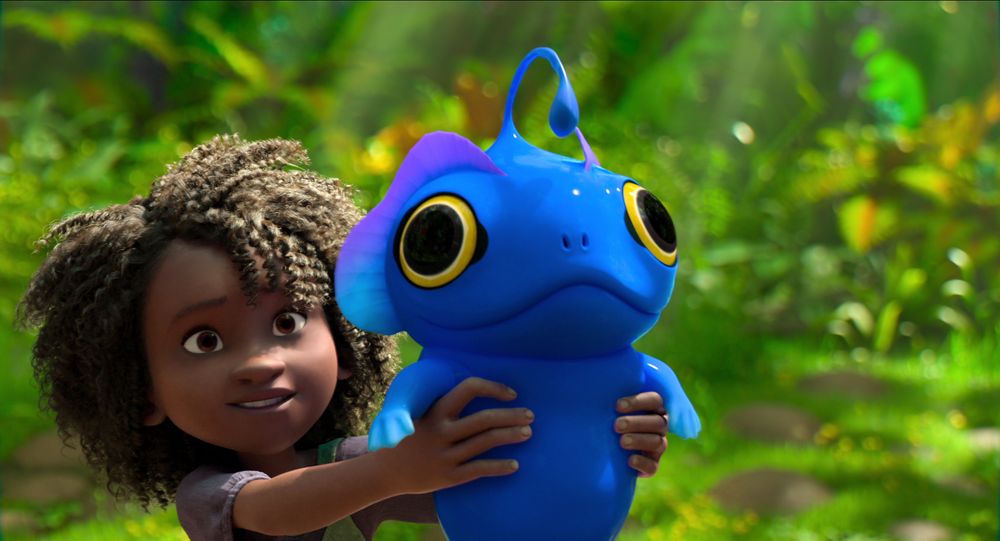 The animated swashbuckler “The Sea Beast” is a visual delight, continually finding new ways to enchant the eye.

There are almost photorealistic moments of peril on the sea, contrasted with the bright, primary-color majesty of the kaiju-esque creatures referred to in the film’s title. Some of the action fulfills the oft-forgotten promise of digital animation — the ability to create impossible scenarios that are rendered with more verisimilitude than CGI-enhanced photography ever can. In short: This movie looks really, really cool.

It’s a good thing, too, since the story and characters offer little.

Maisie, an adventurous orphan (Zaris-Angel Hator), stows away on a ship captained by a defiant salty dog (Jared Harris), hoping to hunt massive aquatic monsters like her hero, Jacob Holland (Karl Urban). The crew sets out after a skyscraper-sized crimson baddie, only to be swiftly defeated; Jacob and Maisie find themselves marooned, only to be brought back to civilization by the very beast they were hunting.

The story, then, is one of humans who do not regard a mysterious species as monsters but rather as misunderstood friends — precisely the plot of the successful “How to Train Your Dragon” franchise. Aside from some nods toward sea shanties and the life aquatic, there’s very little to separate “The Sea Beast” from the “Dragon” franchise, but those films added comedy that was sorely missed here.

The characters, too, are derivative — or would be if there was much to distinguish them at all. There’s the plucky kid, the noble hero and the glowering villain. We eventually get around to a pair of monarchs so vaguely defined they could’ve been cribbed from playing cards. A forgettable voice cast does no favors, either (although Marianne Jean-Baptiste distinguishes herself as a no-nonsense first mate).

In the end, it’s all about those dazzling images; if your kids insist on “The Sea Beast,” at least you can lull yourself into a nice stupor staring at the screen.

“The Sea Beast” is now streaming on Netflix.