The star-packed adventure flick is a pleasant experience, but not necessarily a rich one. 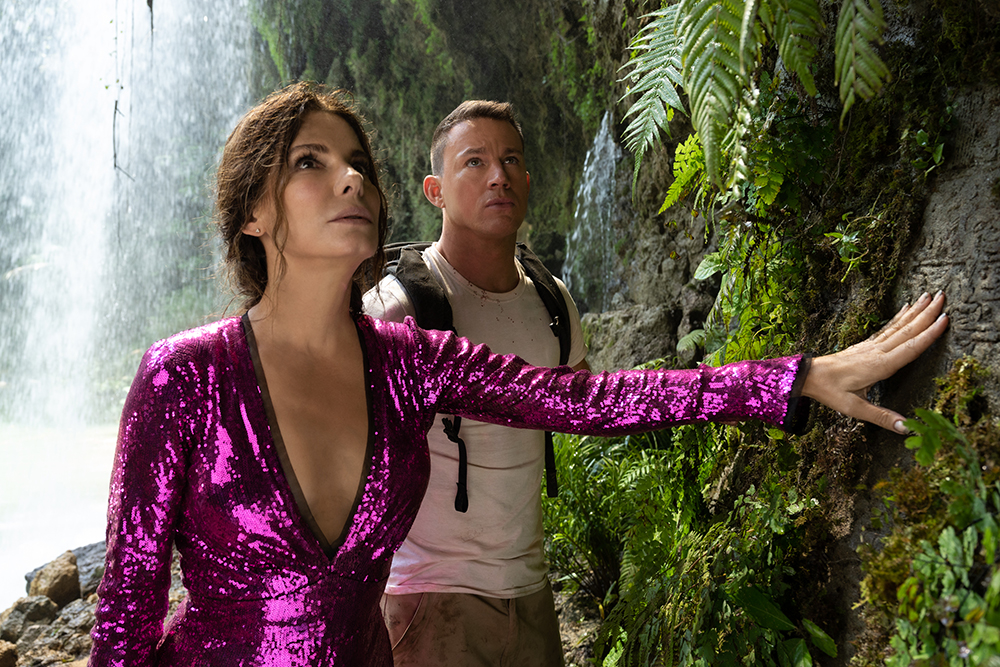 I usually try very hard to remain blind to critical consensus before I write one of my reviews. I couldn’t help but notice, however, the number of headlines proclaiming “The Lost City” as … fun.

I suppose it’s fun. It has the trappings of fun. It’s like when you absolutely must engage in a recreational activity with people you wouldn’t normally hang out with — you know, a work picnic, or going mini-golfing with extended family members. It’s fun like that.

In that you don’t hate it, but you’d really rather be elsewhere.

I have no complaints about the cast — it’s nothing but likable, pleasant screen presences. Sandra Bullock plays Loretta Sage, a former archeologist turned romance novelist; she draws upon her own research to craft sultry mysteries starring a daring treasure hunter. Unknowingly, she alludes to the location of a real-life treasure in one of her plots; seeking a one-of-a-kind treasure, a testy billionaire (Daniel Radcliffe) kidnaps Loretta.

The rescue party consists of her cover model (Channing Tatum), seeking to prove himself as more than a Fabio-esque mane of flowing hair, and a no-nonsense special-ops type (Brad Pitt) there to do the hard work. The film is at its liveliest during a brief window when all of the stars are in the same place, with an enjoyable action sequence announcing the cavalry’s arrival — even if it’s inexplicably set to the theme song from the “Scream” series. (Seriously, the punching begins, and we hear “Red Right Hand.” I briefly thought the sound was bleeding in from a neighboring theater.)

The results have some laughs, but it’s never truly funny. The budding romance between author and model is sometimes sweet, but it’s never all that interesting. Most of the action sequences work, but they’re never really exciting.

That’s the way “The Lost City” goes — there’s not much wrong with it, but it reaches for nothing. It sets a very modest goal and barely exceeds it.

Is that fun? Does that count as fun? It’s not, y’know, not fun. But I wouldn’t tell you it’s anything you need in your life.

“The Lost City” is now playing in theaters.