There aren't that many movie romances these days, so Netflix's so-so flick will have to do. 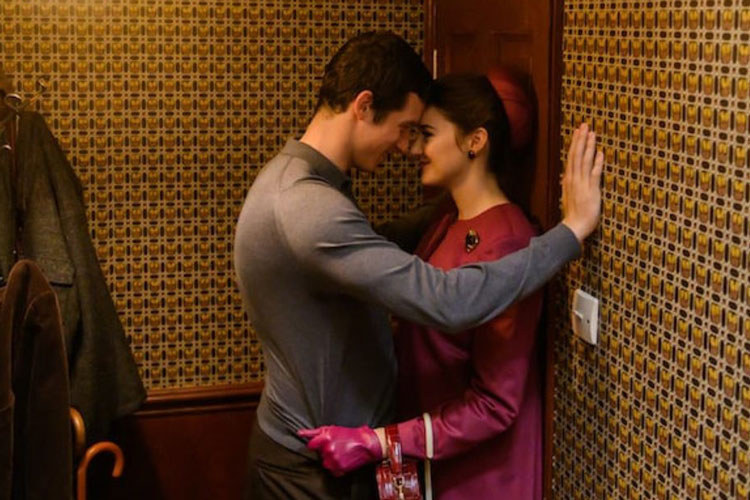 Film genres never die. But they can be placed, indefinitely, on the endangered species list.

The western, for example, has been critically endangered for about half a century; in a good year, there may be one or two proper oaters along with another that subverts or recontextualizes the genre. I would not, however, label westerns as the film species closest to oblivion. (They’re still perennial awards contenders; even the depths of the pandemic era had “News of the World.”)

No, the genre closest to oblivion is the romance. While its children, the romcom and the teen movie, continue to putter along, proper romances — those films that aim to elicit swoons in the way a thriller provokes gasps — are exceedingly rare.

“The Last Letter From Your Lover,” then, is a mild success by the sheer virtue of its existence. There’s very little market for a sun-dappled, rose-scented tale of longing and wistful regret in 2021; such fare is suited neither to the increasingly blockbuster-saturated big screen nor the quick-satisfaction streaming services (although this one did get sucked up in Netflix’s almighty content vacuum).

Whether or not “The Last Letter From Your Lover” is any good, I’m glad it exists.

And it’s at least kinda good — or, rather, the bulk of its story is.

Back in a very rose-colored 1960s, Jennifer Stirling (Shailene Woodley) is leading a charmed life, with her marriage as a notable exception; her husband, Laurence (Joe Alwyn), is cold and apathetic. When a dashing young journalist (Callum Turner) arrives to cover Laurence’s business dealings, he first dismisses then charms Jennifer.

Their clandestine affair involves a series of impeccably written love letters; those epistles are uncovered, some 50 years later, by Ellie (Felicity Jones), another reporter who comes across the missives in the course of an unrelated assignment. Ellie becomes determined to discover the details of Jennifer’s story, with the help of an archivist (Nabhaan Rizwan) who will serve as Ellie’s love interest.

“The Last Letter From Your Lover” doesn’t handle its time jumps particularly well, especially when even the past narrative jumps out of sequence; I assume the source novel, by Jojo Moyes, handled the various timelines more directly. The film keeps getting swept up in the ’60s before dashing back to the present as if it forgot it had two plots.

Clunky though that balancing act is, it’s just as well; there’s not much to the modern storyline. Ellie’s own romance should’ve been axed entirely — it’s tough to care about two awkward modern kids flirting when there’s a grand, impeccably attired love affair going on in the same movie — and Woodley’s gravity drags the rest of the film into her orbit.

Still, the main thread works well enough, and “The Last Letter From Your Lover” is such an anomaly in 2021 that it will likely prove satisfying for lovesick movie fans. Will it get romance off the endangered list? Nope — it’d take a much better film to do that. Maybe a western romance?

“The Last Letter From Your Lover” premiers Friday on Netflix.