A tense attempt to trap a real-life serial killer hits Netflix in this prestige drama. 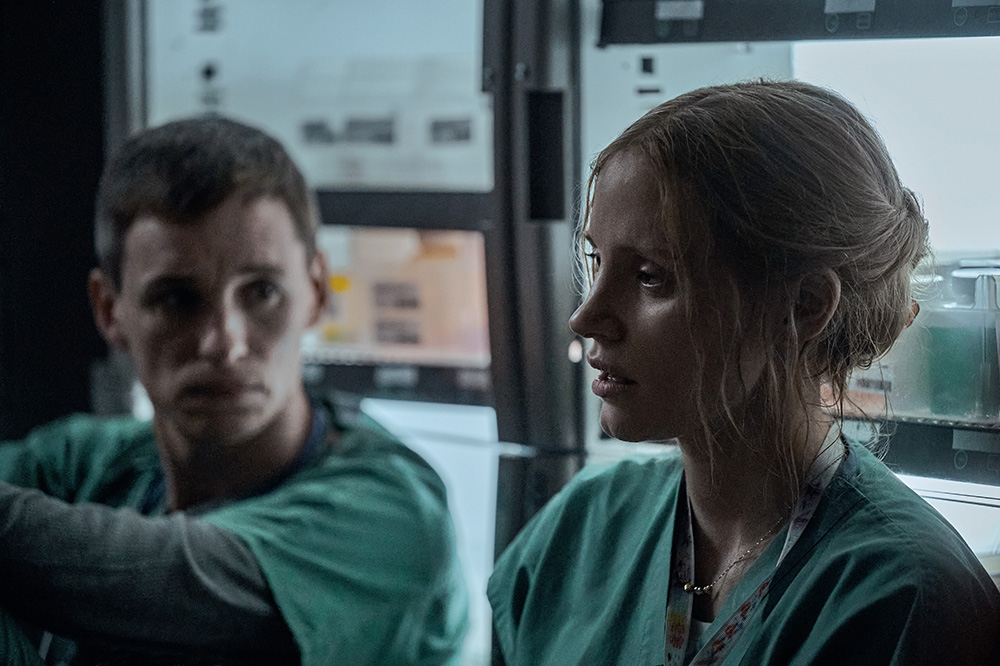 With “The Good Nurse,” director Tobias Lindholm attempts to make a prestige police procedural — a film that is fundamentally similar to a well-made episode of a network drama yet has the trappings of a very serious movie.

For the most part, he succeeds; he has a great cast, a good script (from “1917” and “Last Night in Soho” co-writer Krysty Wilson-Cairns), and a certain tone of exhausted desperation, the kind of mood that tells the audience that they’re watching a film, not just a story. Yet the strengths of “The Good Nurse” are its more basic elements — its tension, its rhythm and its moments of heightened drama.

It’s wearing its Oscars outfit, but it works because it has a “Law & Order” heart.

Like that long-running, endlessly franchised network dynasty, “The Good Nurse” is based on an actual crime — or, rather, several hundred of them. For more than 16 years, serial killer Charles Cullen worked as a nurse in a string of East Coast hospitals; taking advantage of lax reporting laws, he killed at least 29 patients, and perhaps as many as 400, with lethal drug cocktails.

(If you’re wondering why you haven’t heard of a madman who may be modern history’s most prolific serial killer: It’s probably because injecting chemicals into IV bags makes for less dramatic TV documentaries than the stuff Dahmer and Bundy got up to. But that’s a thinkpiece for another time.)

In this film, Cullen (Eddie Redmayne) is nearing the end of his protracted crime spree, working a night shift at an out-of-the-way ICU. There, he befriends Amy Loughren (Jessica Chastain), a single mother trying to overcome a serious medical condition.

Cullen eventually cares for Loughren and her children, unaware that the police are circling. His employers lawyer up after a patient mysteriously dies; despite little more than a hunch, a pair of detectives (Nnamdi Asomugha and Noah Emmerich) start to suspect a cover-up.

“The Good Nurse” could’ve been about the circumstances that made it easy for Cullen to keep killing — it’s only hinted at in the film, but most of the hospitals where Cullen committed his murders swept the details under the rug for fear of massive lawsuits — but it chooses a more direct (and satisfactory) route focusing on Loughren and her impossible situation. Amid failing health and an implicit threat to her career — and thus, her only means of keeping health insurance — Loughren is forced to not only aid the investigation but also draw the truth out of Cullen.

It’s a dramatic setup, and it will have you eagerly awaiting the conclusion. I’m not sure if “The Good Nurse” counts as pulp or prestige, but it’s engrossing either way.

“The Good Nurse” is now streaming on Netflix.