The horror series' latest installment, "The Devil Made Me Do It," may be a sign that time has run out on this franchise. 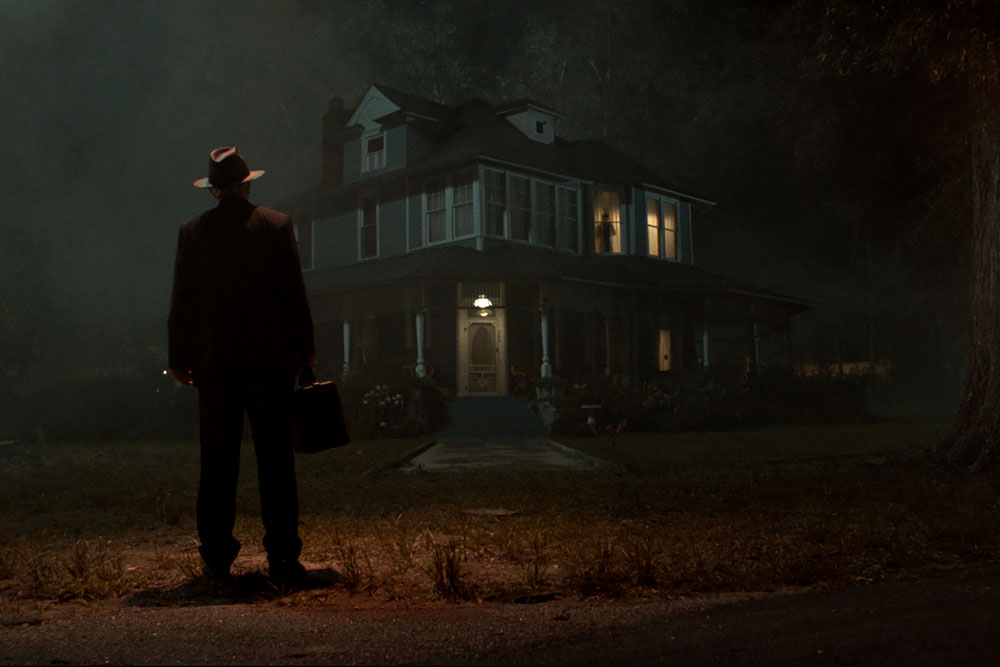 As I get back into the habit of going to indoor movie theaters, each trip reminds me of a different aspect of the moviegoing experience.

“Shiva Baby,” the first film I saw after I was fully vaccinated, reminded me of how much more special a movie feels in the cinema. “Cruella” demonstrated how the crafts of filmmaking — sound, production design, costuming — are enhanced by the detail of the big screen and theater sound. “A Quiet Place Part II” showed how the communal experience can be felt throughout a theater.

And “The Conjuring: The Devil Made Me Do It” helped me remember the specific, frustrating experience of being bored to tears in public.

This unlikely franchise has been persisting on borrowed time for a while. Since the original (and quite good) “Conjuring” was released in 2013, seven spinoffs — including the successful, if mediocre, “Annabelle” and “The Nun” — have appeared. You have to read between the lines a bit, but there’s an implication that the latest chapter, “The Devil Made Me Do It,” may be the final installment, at least in this iteration of the series.

It certainly should be. While some “Conjuring” flicks have worked, the range of quality in this series starts at dismal and only rises to good enough. Eight films in, it turns out this tree only bore fruit in the presence of skilled filmmakers, like original director James Wan and occasional series screenwriter Gary Dauberman.

Neither are present this time, and boy, can you tell.

“The Devil Made Me Do It” is instead directed by Michael Chaves, who last helmed “The Curse of La Llorana,” easily the worst film in the series. This demonic caper starts well enough, as we accompany paranormal investigators Ed and Lorraine Warren (Patrick Wilson and Vera Farmiga) — loosely based on a real-life couple of the same name — on yet another New England exorcism.

The opening sequence, wherein the couple and a local priest try to drive a wicked spirit out of a disarming young lad (Julian Hillard), performs all the series’ usual demons-and-dramatics effects while also cribbing notes from the likes of “The Exorcist” and “Night of the Living Dead.” It works; many of the movie’s horror sequences do, deploying solid drama and better tension in atmospheric set pieces.

When the characters aren’t actively ducking hellborne assaults, though, it’s as though Chavez has left the room. Wilson and Farmiga have checked out, and the new members of the cast — the nominal protagonist is twentysomething Arne (Ruairi O’Connor), who unintentionally gets himself possessed during the kickoff exorcism — can’t overcome the tangled mass of demonological claptrap into which the film devolves.

There is a tantalizing tease that the film might turn into a courtroom drama. The story, like most of the series, is (slightly) based on true events; after the real Arne killed his landlord, he claimed in court (at the Warrens’ urging) that the murder had been the result of demonic possession. (The defense was rejected by the judge.) It seems as though “The Devil Made Me Do It” thought about exploring this bit of odd history in more detail, then got cold feet, opting instead for yet another showdown with some evil spectres.

It would’ve been a good time for the series to change tactics — and, heaven and hell forbid, even dabble in a bit of skepticism. Perhaps that would’ve turned the franchise in a direction that could sustain yet more bang-and-clatter spooks. Unfortunately, “The Devil Made Me Do It” ends up in well-worn territory. If this is all the so-called “Conjuring Universe” has to offer after eight years, it’s time to call it quits.

“The Conjuring: The Devil Made Me Do It” is playing in theaters and on HBO Max.