There's a new actor in the suit for this impressive, if hefty, take on the iconic character. 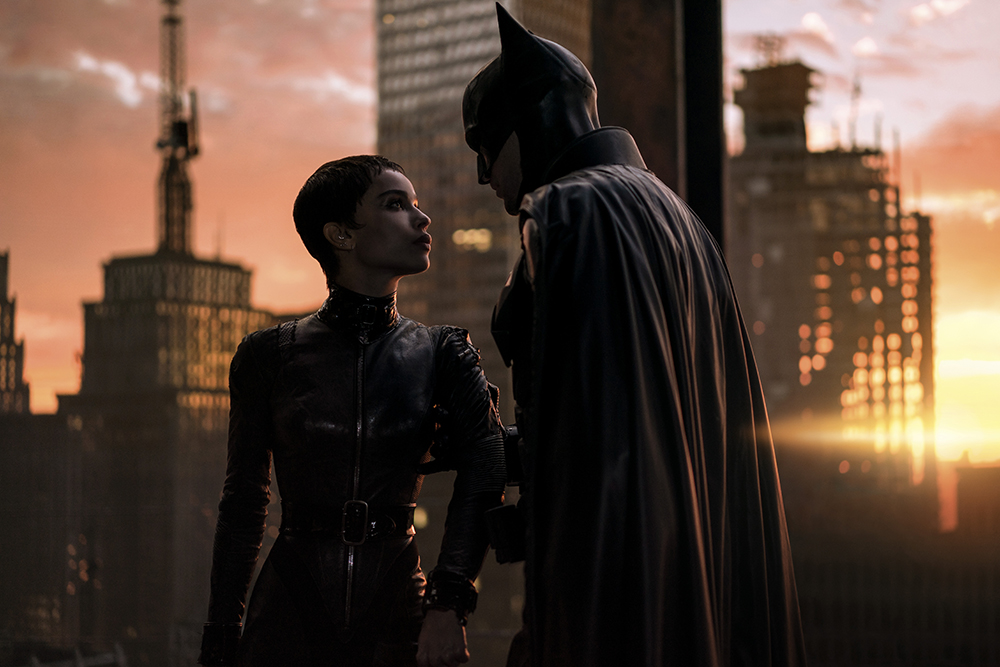 Amid delivering a frenetic, percussive pummeling to a group of goons, the newest incarnation of the Caped Crusader is asked who he is.

As if there are multiple bat-costumed vigilantes wandering around. But anyway.

“I’m vengeance,” he replies. Apparently, the nickname sticks; throughout the rest of the film, associates and rivals alike refer to Batman (Robert Pattinson), derisively, as “Vengeance,” using it instead of his nom de guerre. It’s a thinly veiled thesis statement for “The Batman,” this latest reset for the iconic character; Matt Reeves’ film is a treatise on rage and revenge, exploring the corrupting and cathartic aspects of vengeance.

That may not be what you’re looking for in popcorn entertainment — and, indeed, while this “Batman” may be a blockbuster, it’s no diversion. It’s a long, serious, weighty affair with nary a smile and certainly no jokes. Nirvana’s somber, haunting “Something in the Way” is heard multiple times during the movie; it’s a song about pervasive hopelessness, and it might as well be the theme song of “The Batman.”

This bat is much more of a detective than several recent incarnations. When high-profile Gotham politicians are murdered, Bruce Wayne dons the cowl and starts poking around crime scenes. Each comes with a sinister cypher from a villain calling himself The Riddler (Paul Dano), each addressed directly to Batman.

The whodunit leads to mob figures — including the Penguin (an unrecognizable Colin Farrell) — and an uneasy alliance with Selina Kyle (Zoe Kravitz). The revelations, as they always do, involve Batman’s late parents (for the first time in recorded memory, we actually avoid a flashback to the murder of the elder Waynes) and secrets long held by Bruce’s loyal butler (Andy Serkis).

Reeves, with key assists from cinematographer Greig Fraser and composer Michael Giacchino, is at his best when “The Batman” turns to action; an earthquake of a car-chase scene is unforgettable, and Batman’s flurry of fists and elbows has never been more visceral. He certainly gives the story plenty of room to breathe and grow — the film runs just shy of three hours — though the meandering nature of the mystery does eventually wear thin.

The question is not whether or not “The Batman” is smart and well put together; undeniably, it is. The question is whether or not you want this particular film about this particular character. Many fans of the long-running comic and film series clearly prefer a brooding hero and a sinister Gotham; those fans will be satisfied. Those of us looking for diversion or (god forbid) fun will be less engaged.

The atmosphere of “The Batman” is indelible; I’d imagine it will linger with me. (Frankly, I would caution anyone prone to bleak moods to tread carefully.) Whether or not I’ll be able to tell you what happened in the movie in a week is another matter. It’s a bold, striking painting — but I can’t quite make out what it’s supposed to be.

“The Batman” is now playing in theaters.