Cate Blanchett is excellent in this clever, but clunky, drama. 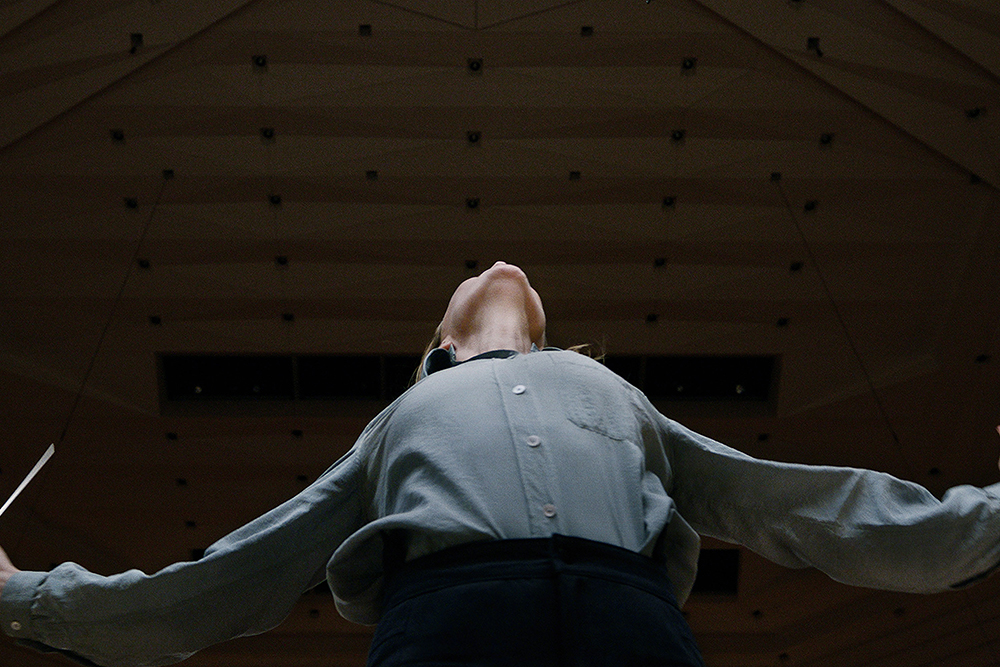 Undoubtedly, “TÁR” is a very smart movie. It’s full of poignant allusions and references, witty responses and loaded details. It’s the kind of movie meant to be discussed after a matinee, ideally over tiny sandwiches and flavored tea.

That’s not the same as saying it’s a good movie. It’s a lot smarter than it is good. The two often go hand in hand, but “TÁR” is an unwilling demonstration of the inverse: A film that’s too busy being clever to notice that it’s not being effective.

The title is a sobriquet used by Lydia Tár (Cate Blanchett), a globally recognized, EGOT-winning composer. She spends most of the film navigating the remote yet dramatic troubles of an artist at the pinnacle of achievement — managing egos within the Berlin Philharmonic, balancing a globetrotting lifestyle with the needs of a wife (Nina Hoss) and daughter (Mila Bogojevic), and trying to relate to a much different generation while guest lecturing at Julliard.

Is drama like this a refined and fascinating look at the intellectual life? Or is it an unrelatable picture of a character to whom the audience cannot possibly relate? The answer is yes, to both questions — and deliberately so, I’d say.

The actual subject, which inexplicably takes 100 minutes to actually enter the story, is indiscretion; Tár is laid low by a series of misdeeds, both perceived and exaggerated. The parents of a former protégé who the conductor may or may not have seduced attack Tár after the young woman takes her own life; the film won’t make it clear whether or not an affair occurred, but it does make sure we know that Tár derailed the victim’s career.

As the rumors and allegations snowball, Blanchett offers a fascinating portrait of an artist in desperate decline. The character is more than fully realized — I can name plenty of actual human beings with less inner life than Tár — and Blachett uses every key on the piano, to offer an on-the-nose metaphor, in sending her through the screen.

Unfortunately, she brings more to the table than writer/director Todd Field’s interminable script. While Field takes care to ignore simple judgments, he evidently deemed every idea that passed through his head worthy of inclusion, leading to some bizarre moments. An exploitative scene with an elderly neighbor nearly derails the whole effort; it’s only due to Blanchett’s considerable talents that “TÁR” makes it to the finish line.

And then, after the story is well and truly done … Field makes us hang around for a while for an unnecessary epilogue that undermines what we’ve seen so far.

“TÁR” will likely remain in the awards conversation for the next four months, and if that’s solely on the basis of its lead, I won’t object. A strong performance doesn’t make a good movie, however; neither do intriguing ideas.

Should I reach for a “discordant orchestra” metaphor? Nah.

“TÁR” is now playing in theaters.