Spidey’s latest adventure involves some old foes — even those that, technically, come from different movie studios. 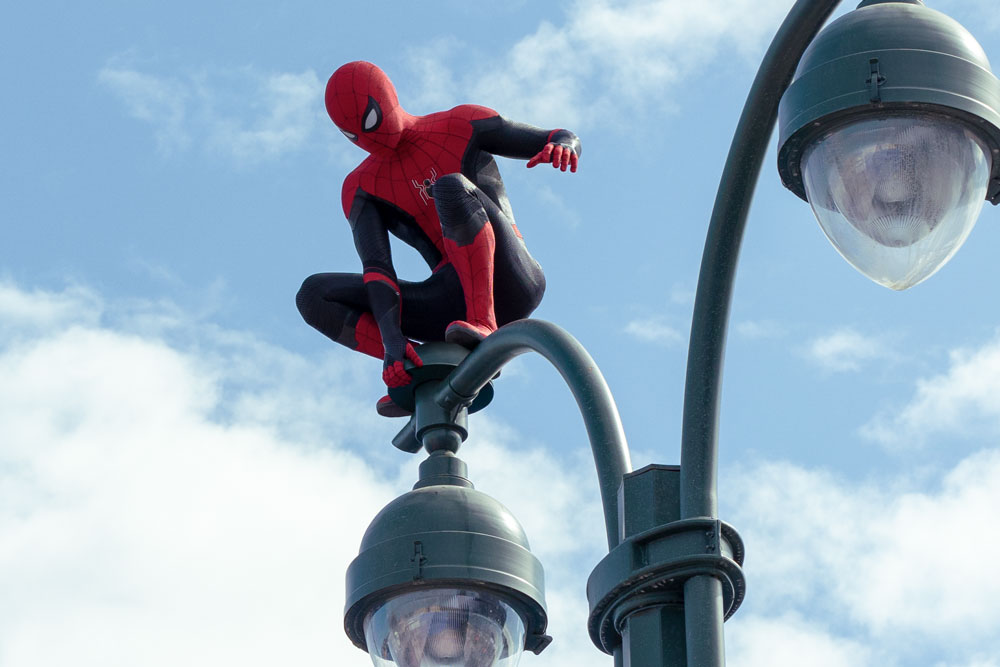 By some metrics, the teaser trailer for “Spider-Man: No Way Home” is the most watched movie preview of all time. Aside from the general hype that accompanies a major installment in the Marvel Cinematic Universe, that fervor can be assigned to one unexpected appearance: returning Spidey foe Doc Ock, with actor Alfred Molina reprising a role from one of Sam Raimi’s “Spider-Man” films in the ’00s.

For the uninitiated: Those movies are actually not part of this franchise.

They’re not even from the same studio, in fact. There’s a long and tedious history to the cinematic rights surrounding Peter Parker and his various nemeses, but the short version involves a decades-long tussle between Marvel and Sony. Nominally, all of these characters are still Sony’s property — and Molina’s villain belongs not to Disney and its sprawling Marvel Cinematic Universe, but to the long-dormant franchise belonging to Sony.

As a result, “Spider-Man: No Way Home” — which, to be clear, I will not be spoiling beyond content that has appeared in the trailers — is the most audacious bit of fan-pleasing storytelling imaginable. Dedicated fans, and even some casual viewers, will likely have their jaws drop more than once. You will almost assuredly think to yourself, “I can’t believe I’m looking at what I’m looking at.”

There are big shocks in this picture. But the biggest one may be that “No Way Home” is not an indulgent lark. It’s an emotionally grounded and often very effective film that reminds us not only why superhero movies have become the dominant cinematic medium, but also why Peter Parker himself has endured as perhaps the most relatable of the major comic-book heroes.

No matter what suit he wears, he’s an overmatched kid with the weight of the world on his shoulders, constantly forced to make impossible decisions — choices that compromise his own desires. This is a movie where the universe repeatedly cracks open, yet its core is a teenager deciding what kind of life he should lead.

The last solo adventure for Spider-Man (Tom Holland), 2019’s “Far From Home,” ended with Parker’s carefully concealed identity being revealed to the world. As a glowering, conspiratorial remix of J. Jonah Jameson (J.K. Simmons) branded the youngest Avenger a menace and exposed his secret identity, Parker lost the ability to separate all that made up his teenage existence — a loving guardian (Marisa Tomei), a caring best friend (Jacob Batalon) and a new girlfriend (Zendaya) — from his weighty public persona.

In “No Way Home,” Parker begs the gruff wizard Doctor Strange (Benedict Cumberbatch) to ease his burden. A magic spell goes awry, and quite suddenly, bad guys who do not belong start turning up.

It would’ve been easy for Marvel, and director Jon Watts, to silo this story in a theoretical what-if scenario, finding some magical macguffin to have fun with for two hours then wipe away. It would’ve been just as easy to indulge in over-the-top zaniness, finding excuses to loop in pop-culture references and properties for laughs and cheap excitement. Instead, they made the more difficult choice to ground a dizzying science fiction premise in cold reality, with real consequences and undeniable impact.

If it occasionally treads where many superhero pictures have gone before, it does so in a way that feels fresh and invigorating. While it may be fan service — and indeed, the most dedicated followers will find the most to love — “No Way Home” is a work of big-screen joy that can’t be denied.

“Spider-Man: No Way Home” is now playing in theaters.