Kristen Stewart's raw and frenzied performance as Princess Diana is the highlight of an all-around excellent film. 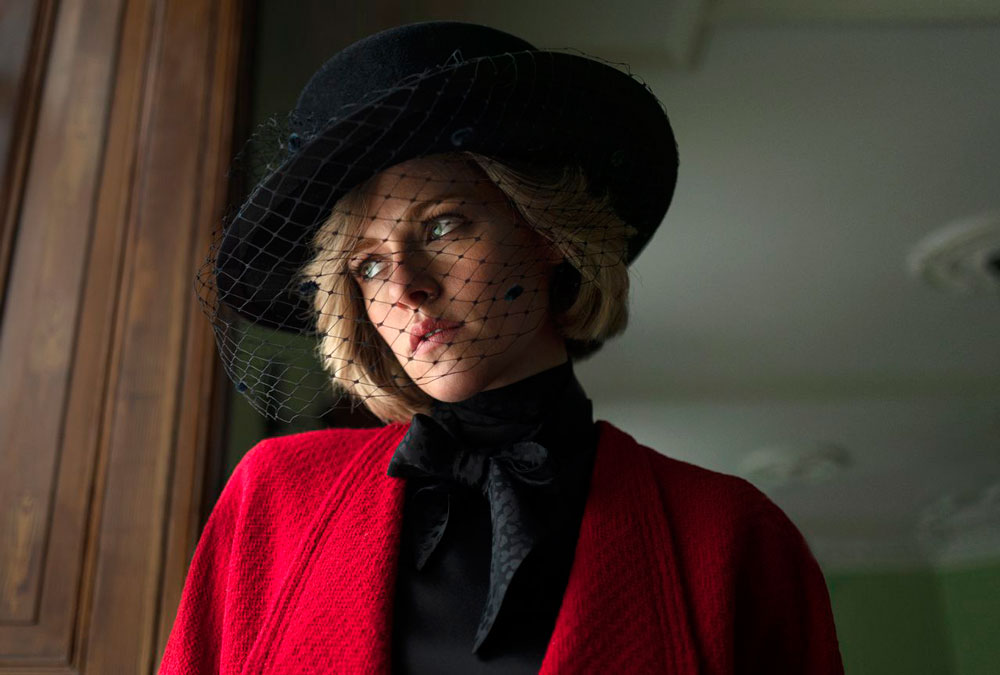 The more Princess Diana tried to resist the royal life, the more she played into it.

England’s ceremonial and perennially absurd monarchy is, after all, nothing but entertainment. While the royal family exudes some nominal cultural influence, it exists in the modern world not to serve any particular function but rather as a bizarre state-sanctioned house of celebrity; for all the pageantry, it is just as much a pastime as Premier League football or “Doctor Who.”

“Spencer,” the excellent new film by “Jackie” director Pablo Larraín (feel free to write your own thesis comparing those two historical figures), watches as the young princess navigates a royal holiday weekend. She’s determined to eschew tradition and avoid feigned frivolity; she drives herself to the sprawling estate, at one point stopping to ask directions from stunned denizens in a remote chip shop.

That scene serves as the proper introduction of Kristen Stewart as Diana, in a raw-nerve performance that lands somewhere between impersonation and interpretation. Yes, she goes for the voice and lands pretty close, and the hair and makeup departments have done a bit of transformation. But Stewart, ascending from indie-film promise to her most powerful performance to date, is far more interested in Diana’s inner turmoil. The crux of the performance is a metaphorical holding of the barricade; the princess has rage, mental illness, anxieties over motherhood and an increasing fatalistic streak controlling her psyche, yet she needs to observe proper dinner protocol and wear an assigned series of dresses at precise moments.

Stewart is a fitting choice for the role, and not merely because she’s a captivating performer. Just as Diana is dismissed by her fellow royals — most scathingly by her husband (Jack Farthing) — Stewart is still occasionally brushed aside by some viewers. For those moviegoers who didn’t see the likes of “Personal Shopper,” “Lizzie” and “Clouds of Sils Maria,” she is still primarily recognizable as the starlet who carried the “Twilight” films. Underseasoned and saddled with an awful character in that franchise, Stewart has since managed to complete a full career’s worth of development in plain sight — and already carrying the burden of stardom. In Diana, she’s proving herself by playing a struggle she’s already endured.

She’s the main attraction, but Larraín is more than ready to meet her level of power. He turns a royal estate into a winter prison in the mode of the Overlook Hotel from “The Shining,” trading Kubrick’s whispering ghosts for chattering servants who might as well be. (One literal ghost may or may not be present, but I’ll leave that for you to discover.)

Diana’s fate hangs over the film; it’s not depicted here, nor does it need to be. We know what happened. This is not one of those films that hangs signposts on a historic life; rather, it’s the rare film that depicts a highly public existence as it actually was, illustrating the unbearable minutiae rather than the symbol-rich anecdotes. In doing so, it leaves nearly every prominent biopic in the dust.

“Spencer” is now playing in theaters.