It's not exactly a cinematic masterpiece, but that's not really the point. 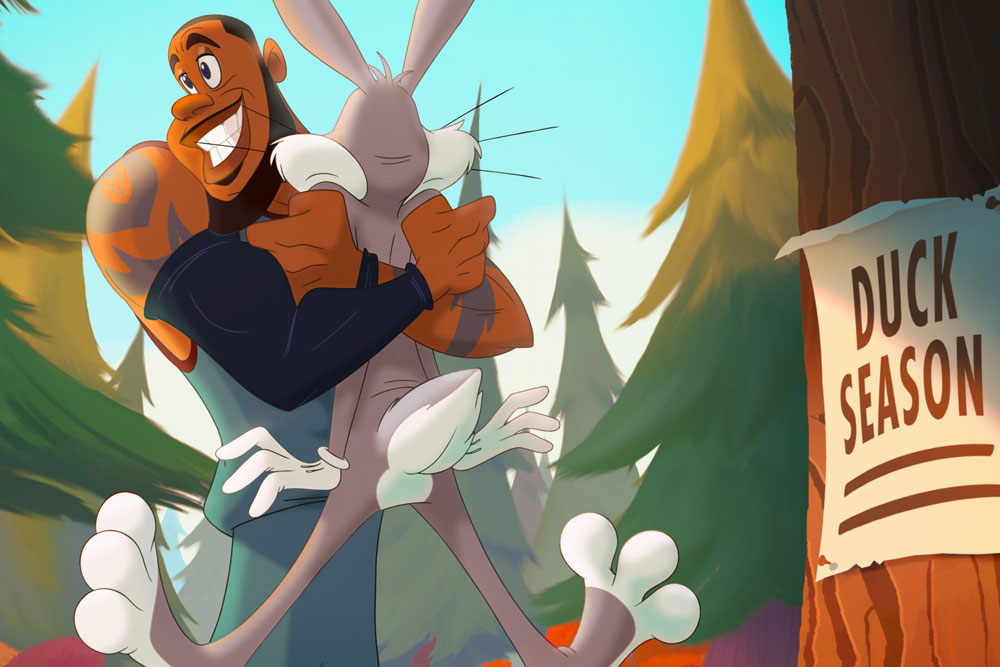 How can you evaluate “Space Jam: A New Legacy,” a film aimed not so much at quality as a carefully pinpointed intersection of nostalgia and all-ages zaniness?

You could compare it to the 1996 original, I suppose, but that’d be a low bar to clear. While it is fondly remembered by children who were precisely at the target age — I’ll say those born between 1984 and 1988 — “Space Jam” was much more a brilliant marketing maneuver than a film. It had an absurd story, not by the expected “Looney Tunes” standard of comedy but rather by how-did-this-get-out-of-the-writer’s-room inanity. It also hung extensively on a romantic subplot for Bugs Bunny, a character whose previous matters of the heart mainly concerned crudely constructed rabbits made of dynamite.

(This is not to criticize Lola Bunny, who — in spite of some dreadful dialogue — remains an icon.)

You could evaluate it in the “Looney Tunes” canon, but that’s not really fair. Making a feature-length movie is a far different task than constructing a brilliant short; that’s why all big-screen adventures for Bugs and the gang have felt unwieldy. Beloved though these characters are, they’ve never been comfortable once the clock passes 15 minutes.

Let alone 115 minutes, the running time of this new chapter.

Of course, you could simply decide whether or not this new “Space Jam” is a good movie in a vacuum, but that would be absurd.

For the record, it’s not. But that might not matter.

Michael Jordan, who is long past leaving his house for any but the most pressing matters, cedes the role of animated-adjacent basketball player to LeBron James. As was the case in the original, we get a prologue where the young phenom learns a valuable lesson about hard work; this time, though, the action jumps forward to explore James’ relationship with his (fictionalized) family. His youngest son, Dom (Cedric Joe), has potential on the court, but would rather program video games — a drive the elder James can’t understand.

This opens up an opportunity for … look, there’s no way to make this conflict seem reasonable, so let’s hit it in one run-on sentence, shall we? A personified computer algorithm (Don Cheadle) has devised a way to bring celebrity likenesses into a virtual space, where they can be endlessly cast in reimaginings of Warner Bros. properties, and it targets James as the likely figurehead of this new technology; when James rejects this offer, the algorithm physically transports both LeBron and Dom into a manifestation of the company’s computer servers, where it challenges James to a basketball game for his freedom but manipulates Dom into stacking the deck against his father.

Oh, and the Looney Tunes are there.

That’s one big similarity between this “Space Jam” and the original — an absolutely absurd amount of legwork to arrive at Bugs Bunny playing basketball.

Many of the gags and setups unabashedly work, particularly a sequence where Bugs and LeBron dip in and out of other Warner Bros. properties to locate the Tunes. (I didn’t expect a brilliant “Casablanca” joke in a 2021 kids movie, but here we are.) And there’s enough traditional “Merrie Melodies” slapstick to keep things lively.

On the other hand, it’s too long, too complicated — even the description above excises several subplots and a lot of useless James family backstory — and too clunky. James can’t act, even by the low standards set by Jordan; he should’ve played wingman to Bugs, not the other way around.

So, to get back to the central question: Does any of that matter? If the legacy of the original is any indication: No. Kids will love it, adults will buy the t-shirts, and those who grow up with it will remember it fondly 20 years from now.

“Space Jam: A New Legacy” is playing in theaters and, for a limited time, on HBO Max.