There are cheap creeps aplenty in this mediocre horror flick. 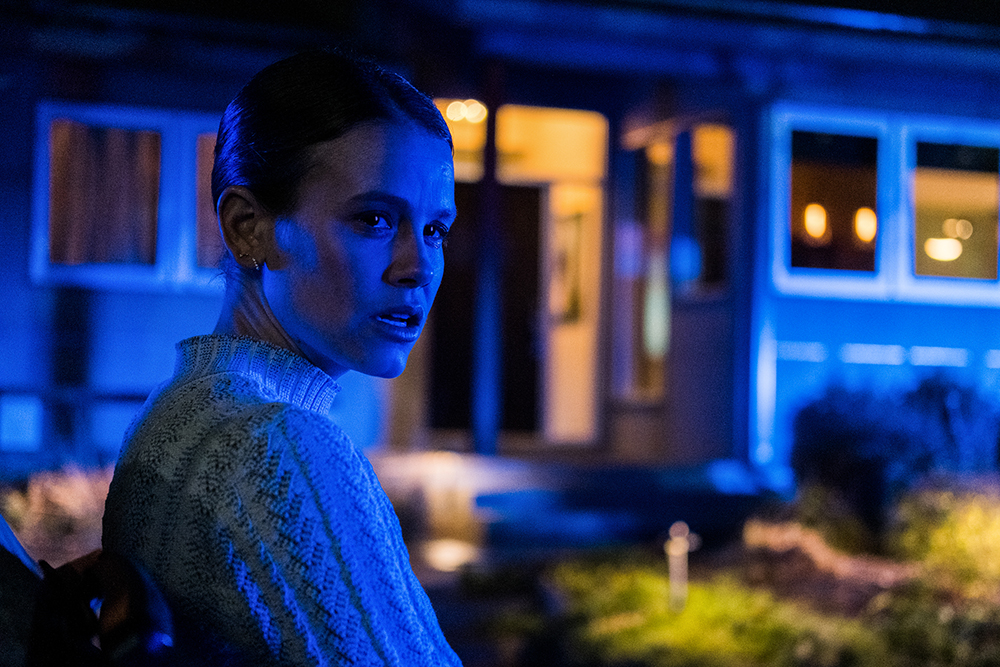 If, somewhere, there is a handbook called “50 Cheap Tricks to Make Your Movie Scary,” the filmmakers behind the grating chiller “Smile” know it cover to cover.

Jump scares, fake-out dream sequences, discordant sound effects, sympathy-squeezing dead pets — every shortcut to shrieks Hollywood has ever devised is present in “Smile.” I can’t say it won’t scare you, but I’d point out that it would also be scary if I yelled really loud and threw a brick at your head. That doesn’t mean it takes much skill.

Written and directed by freshman helmer Parker Finn, who is adapting his own short film, “Smile” follows Rose (Sosie Bacon), an impossibly kind mental-health practitioner who has run into a nettlesome curse. A distressed patient appears in Rose’s hospital and describes a mysterious, grinning evil entity — just before she mutilates herself while Rose watches.

A half-dozen dimly lit smiling ghoulies later, Rose has decided something is amiss. Only her lovelorn ex (Kyle Gallner), who just so happens to be the cop that showed up when the whole mess started, believes Rose; the two of them start to put the pieces together and discover a troubling chain of unexplained suicides, each connected to the one before.

Let’s stop there: While “Smile” is undoubtedly an on-the-nose metaphor for cycles of trauma and self-harm, it plays remarkably fast and loose with that subject matter. One would think we’re beyond the era of suicidal thoughts and actions played for quick scares, but “Smile” has no such conviction. Even its fellow new release “Blonde,” which deals with suicide briefly and gently, prominently suggests crisis resources to viewers in its credits; a message like that (which I’ve included below, because it’s simply the proper thing to do) would’ve at least been something.

Even with that issue aside, there’s not much to recommend “Smile.” The performances are fine but not remarkable; the story is serviceable but overlong; the craft succeeds in some ways and fails in others.

While I have no doubt that the admittedly shocking imagery in “Smile” will rattle some audience members, there are much better ways to get your spooky fix. If you must rely on characters that never turn the lights on and sounds that are unrealistically loud to elicit gasps, your movie isn’t scary — it’s just manipulative.

“Smile” is now playing in theaters.

If you or someone you know is struggling with thoughts of suicide, please dial 988 for the Suicide & Crisis Lifeline.